For those of us who love words—and for whom numbers are a kind of ugly stepbrother—the data, nevertheless, often speaks for itself. In some parts of India, for instance, the ratio of 1,000 men per 800 women is due to routine female murders through infanticide, gender-based abortion, the dowry system where some 10,000 women are murdered annually when they cannot provide the required capitol for marriage, or/and the lack of proper medical care. In 2013, mortality rates of Indian women in childbirth were 167 per 100,000 births, contrasted with only 25.5 deaths in the United States. 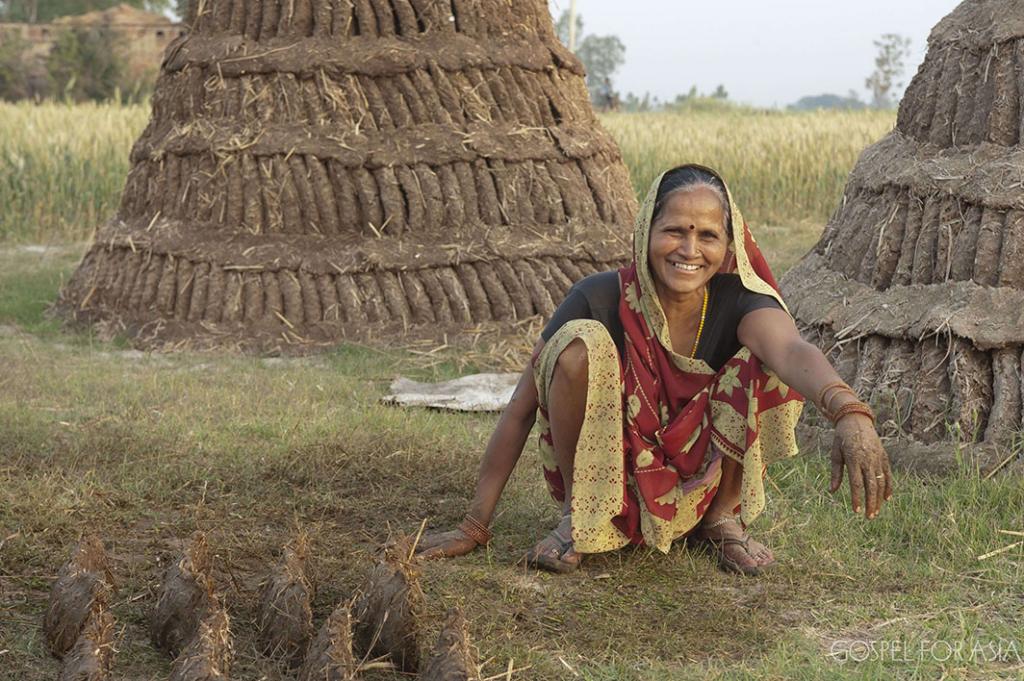 The statistics, those “pesky” numbers, go on and on. Without a doubt, they prove that in much of the developing world, women are still considered a sub-species. Yet, numbers can summate the other way; they can become numerical digits of hope, the mathematical consequences of surveys and thousands of interviews, and the scientific measurements of outcomes—indices that prove that dire poverty is being overcome in much of the world, and the status of women and girls worldwide is improving.

Indeed, one of the surprising statistics, welcomed by those who believe in the potential of girls and women, is that the countries that educate their female population see a consequent rise in their national economic well-being, the GDP. Educated women raise healthier children, find ways of increasing family incomes, then spend some 90 percent of that income on their family’s well-being.

According to the World Bank, the return on one year of secondary education for one girl correlates with as high as a 25 percent increase in wages later in life. A class of educated girls achieving a grade-school education will naturally reduce poverty, not only in their own families but in their whole communities. Send the girls to school! The numbers testify to the outcomes.

According to the United Nations, this day, October 15, has been set aside as the International Day of Rural Women. Women account for a substantial proportion of the agricultural labor force, comprising some 43 percent of it; yet, they still bear responsibility for most of the household and family burdens and are increasingly carrying extra burdens, as men travel to areas where job possibilities are more promising.

Yet in much of the world, even in those countries which have been upgraded from developing to developed status, rural women still suffer from multi-dimensional poverty. Due to discriminatory policies, women farmers have less access than men to land rights that secure ownership, to agricultural education and training, to loans and financing, to water and other sources of energy, to new and helpful technologies, to exposure that introduces agriculture that is climate resilient, and to creating communities that are prepared to respond to disasters such as drought or flooding. 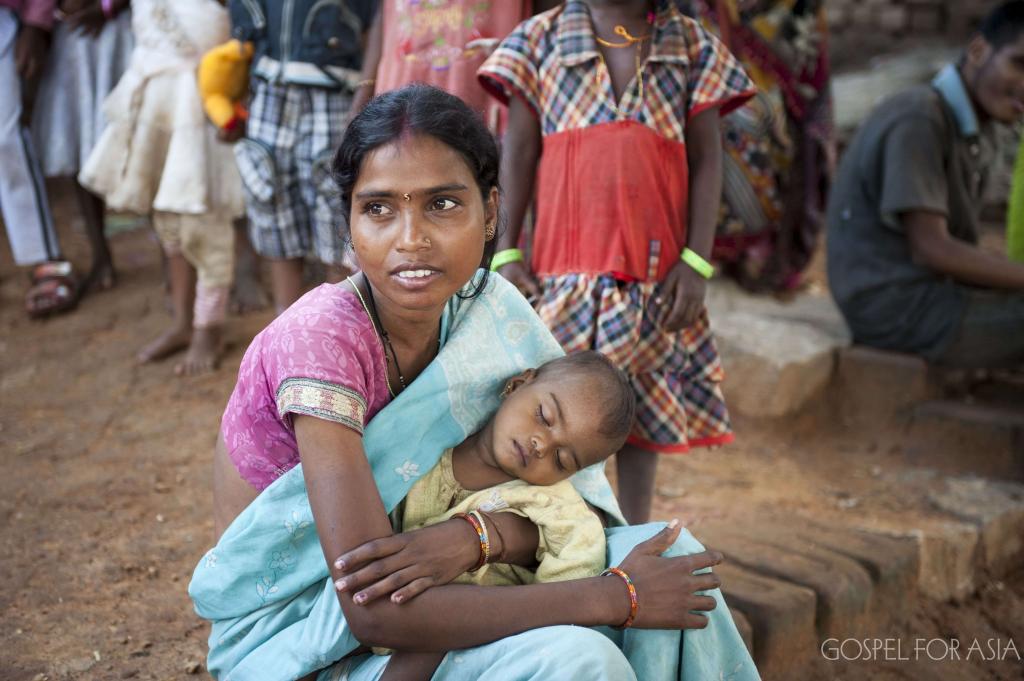 The good news is that conditions of extreme poverty are decreasing in much of the world, the bad news is that some 1 billion people who continue to live in unacceptable levels of poverty are heavily concentrated in rural areas. The estimates by the folk who study these kinds of indicators are that if women in dire-poverty areas found the gender gap closed regarding land tenure and access to other assets now available to men, the agricultural outputs in any given geography could increase by as much as 20 percent.

The really good news, however, is the Good News—a message that teaches that all are created equal in the sight of God, made in His image, and cherished by Him.

Gospel for Asia has established a remarkable emphasis on training and reaching women suffering from discrimination and gender stigmatization. This is being accomplished through its Women Reaching Women program.

Women missionaries—who already live in Asia, have mastered the language, understand the cultural barriers and taboos that keep women from progressing, and who themselves have been prepared by going through Bible college—are taking the love of Jesus to other women who are beginning to understand that in His eyes there is no such thing as second-class, under-class or any kind of human sub-species.

They’re also helping start initiatives that will bring rural women out of poverty.

More than 80,000 women in Asia are enrolled in a microfinance system administered by GFA field partners. Women learn to support themselves and their families through start-up gifts, such as micro-loans, brooding hens, farm animals or sewing machines.

I’ve shared a lot of numbers with you throughout this post even though I’m one of those persons who loves words. So now I’d like to switch gears and tell you a story.

Last year, Gospel for Asia (GFA) shared a story in their GFA World magazine about a woman named Aaheli who took on what some called a “risky venture.” With the help of a microfinance program supported by GFA field partners, Aaheli and group of women bought a plot a land and cultivated it to grow tapioca. Through this, they were given a chance to break free from the cycle of poverty. Here is a little more of their story:

Aaheli, just like her four companions, desperately wanted a new beginning for her family. She joined her husband in bringing income to the household in hopes that by doing so, her children would get a quality education. She dreamed of giving her children a good future.

Every day she visited nearby families, asking if there was any work that needed to be done. She’d clean their houses and wash their dishes if it meant getting a few more rupees in her hands at the end of the day.

It was the same for Suchi, except she just wanted to make sure she could feed her child. She’d see other parents able to afford good food for their children; then she’d look at her own life. There were times when the electricity was shut off to her home because the bills weren’t paid.

Then Aaheli and Suchi heard about a microfinance program in their area. The program, which operates under  Gospel for Asia (GFA)-supported Women’s Fellowship, has helped more than 80,000 women overcome poverty by providing loans that will help them start their own businesses.

Maybe this was the way to their dreams.

Becoming Part of the Program

Aaheli and Suchi applied. The microfinance program had strict qualifications: Each woman had to have a clean reputation, an entrepreneurial mind and a good history of borrowing money.

Women would form local “units” and attend weekly meetings that would help them learn more about owning their own businesses, time management and being good financial stewards. It would also be a time when they could discuss ideas and fellowship with one another.

Aaheli and Suchi ended up in the same unit.

As Aaheli, Suchi and the other unit members grew together, Aaheli suggested they buy a field. They could plant tapioca, yams, bananas, and then sell their produce. Suchi and three others joined Aaheli.

When they presented the idea to their husbands, however, they received scoffing.

“It will collapse,” their husbands would say. “Don’t get involved in such kind of activities.”

The constant discouragement dampened the women’s hopes. “We have other options. Shall we start a tailoring unit? It will be better,” some of the women suggested.

But Aaheli refused to be brought down.

Their unit leaders also encouraged them, but more importantly, their leaders prayed for them—and they felt God’s power in those prayers. Whenever the women gathered for their weekly meetings, they gained confidence and learned to trust Jesus in all things.

With the women’s hearts encouraged, they moved forward. They bought their field, and an excitement at the new venture filled the women. Then they began working the land. That was difficult.

Handling the spades and other tools took effort. They came home with aching bodies and blistered hands, and they cried. But they didn’t give up. Every day, they’d walk to the field and ignore the remarks of men who thought them too feeble to work a field.

Fruition of Their Dreams

Aaheli looked at the field they had bought. It had taken some months, but trees had sprouted. She pressed her bare feet into the dirt and dug her wooden-handled spade into the ground.

Every stroke revealed months of labor and hope. She cleared more dirt away then lifted a cluster of tapioca plant from the earth.

Their labor was not in vain. What they had planted had brought forth life and with it the ability to take care of their families.

Aaheli’s story is representative of 80,000 women who are finding new ways to overcome poverty—now that’s a nice number to see. Even though numbers to my brain are often a puzzlement, I know that sometimes numbers are important. Numbers show what difference is being made worldwide. Numbers can identify the plight of women in impoverished communities. They can also be harbingers of good things that are happening—like for the 79,999 other Aahelis throughout Asia. 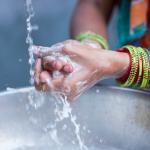 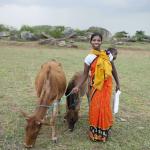 October 16, 2017 Gospel for Asia: Compelled by God's Love to Help Eradicate Poverty
Recent Comments
0 | Leave a Comment
"Such a pathetic story about Bani and Kripal, and off-course about God's divine visitation when ..."
Sunday Ubah How Gospel for Asia Goats Fixed ..."
"Yes, but according to the lawsuit settlement agreement signed by both parties, “All funds designated ..."
Randall Mains Gospel for Asia Becomes a Tool ..."
"Didn't Gospel for Asia got sued for lying to donors on where their money is ..."
Christian Gospel for Asia Becomes a Tool ..."
"Praise God! I am so grateful to hear of the transformation that the Lord worked ..."
Rebecca Father Demands a Refill but Finds ..."
Browse Our Archives
get the latest from
What Motivates Us.
Sign up for our newsletter
POPULAR AT PATHEOS Evangelical
1

Fascism Then and Now
Cranach
Related posts from What Motivates Us. 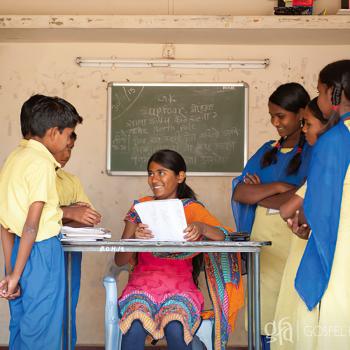