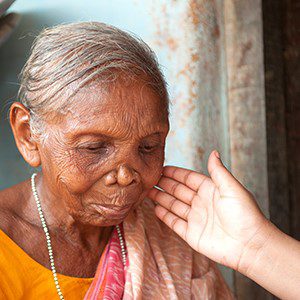 Leprosy is one of the most misunderstood sicknesses in the world.

Many people in the West think leprosy is a disease in which fingers and limbs fall off, is highly contagious, is incurable, and has been eradicated–if they think about leprosy at all.

We don’t recognize the many facts about leprosy because it rarely appears in highly developed countries. It may surprise many readers that about 200 cases of leprosy are reported every year in the United States. There are currently more than 3,000 cases of leprosy under active medical supervision in the U.S.

The Centers for Disease Control (CDC), the World Health Organization (WHO), and other health care organizations refer to leprosy as Hansen’s disease. Much like a rose, however, leprosy by any other name is still leprosy and still carries with it the deeply imbedded stigma that has been attached to it for millennia.

Leprosy is a “a complex infectious” bacterial disease. The disease can be contagious, but is not highly contagious, and 95 percent of the global population is naturally immune to the causal bacterium, Mycobaterium leprae.

Left untreated, the bacteria can infect a person’s skin, eyes, mucous membranes and peripheral nervous system. However, leprosy can be cured with a multi-drug therapy regimen if discovered in its early stages, avoiding the long-term and most recognized effects of the disease such as open sores, loss of extremities and blindness.

Leprosy has a long incubation period, typically three to five years. In some cases, symptoms to those who have contracted the bacteria may not appear for up to two decades. While this makes it difficult to determine when and where the bacteria was contracted, it, nonetheless, provides doctors with a wide window of opportunity to correctly diagnose the disease. On the other hand, it may take doctors longer to diagnose leprosy, particularly in the West. Because of its rarity they are not looking for it during normal diagnosis protocols. The disease is typically correctly diagnosed only after a skin biopsy.

There are three types of leprosy defined by the stage or condition of the disease when discovered. According to WebMD, they are:

The stigma of leprosy, in part, is not of the disease itself, but of the effects it has if left untreated. The disfiguration and loss of extremities commonly associated with leprosy can be avoided by early and consistent treatment to prevent progressive nerve damage. Nerve damage can result in a loss of feeling in infected areas, contributing to a lack of awareness of pain caused by cuts, burns or other injuries.

If there is no nerve damage, leprosy is highly treatable and curable, and nerve damage can be entirely avoided. Early treatment, in other words, limits leprosy to being a minor skin disease.

World Leprosy Day, January 28, 2018, was established to raise awareness of the fact that the disease does still exist and that, in some parts of the world, its nature, its early treatment and its curability continue to go unrecognized. Where it is unrecognized, it is untreated. When it is untreated, contact with leprosy victims is undesirable. Instead of treatment, victims suffer isolation. Instead of understanding, they become unwitting victims of ignorance. Instead of compassion, they experience social rejection.

The question today is which is worse: the disease or the dilemma of forced disengagement from family and friends.

Prayer point: Let us pray together for a greater understanding around the world of the medical facts of leprosy and an eradication of the ignorance that surrounds the disease. 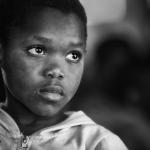 January 29, 2018
Gospel for Asia Addresses Scandal of Slavery and Human Trafficking
Next Post 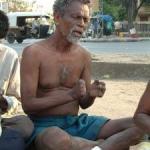 February 1, 2018 The Pain of Leprosy Is Loneliness Reports Gospel for Asia
Recent Comments
1 Comment | Leave a Comment
Browse Our Archives
get the latest from
What Motivates Us.
Sign up for our newsletter
POPULAR AT PATHEOS Evangelical
1

The Left's Culture War
Cranach
Related posts from What Motivates Us.