Gospel for Asia Addresses Scandal of Slavery and Human Trafficking

Gospel for Asia deals first hand with the scandal of slavery and human trafficking by helping our field partners who minister among the poverty stricken in Asia, where over two-thirds of the worlds human trafficking victims reside.

The 2016 Global Slavery Index estimates that 45.8 million people are living in some form of modern slavery. Over 30 million reside in Asia. Five countries are home to 26.5 million men, women and children trapped in the grips of slavery and human trafficking. 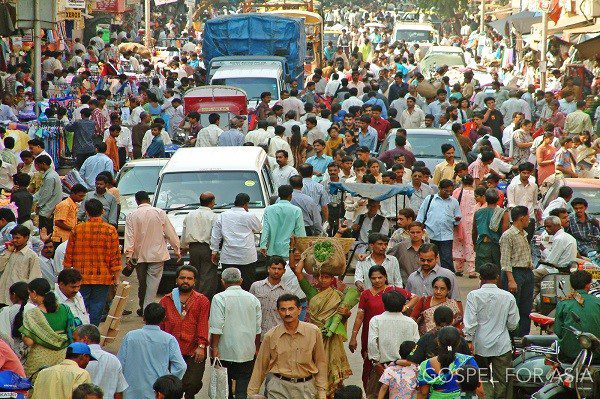 Another source estimates 36 million victims worldwide, with 23.5 million in Asia.

Regardless of the exact number, any number of this magnitude is scandalous.

Many of the tens of thousands to whom Gospel for Asia ministers are victims of this scandal or of its results.

“The United Nations estimates that some 64% of human trafficking in Asia is for forced labor, servitude and slavery, while 26% is for sexual exploitation . . . In Asia, 36% of trafficked victims are children.”

The effects of slavery and human trafficking include destitution, poverty, humiliation, hunger and lack of access to nutrition and education.

The irony of the scandal is that, while millions suffer from its impact, others profit from its perpetuation.

Gospel for Asia understands that we cannot prevent slavery and human trafficking. Neither can we sit idle and do nothing. We, too, believe this is a crime against humanity and that it should be recognized and dealt with as such. That is clearly a governmental responsibility. But rendering unto Caesar what is Caesar’s does not absolve us from rendering unto Christ what is Christ’s.

Jesus said that while He was in the world, He was the Light of the World. When He has preparing to leave, He told us that we are now that light as we let His love shine through us.

He told us to love one another. He gave us a task to minister to the widows and the 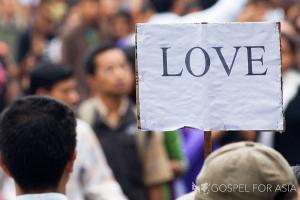 fatherless and all those in need. And so, we must go.

GFA-supported national missionaries witness first hand and minister to the deepest physical and spiritual needs of tens of thousands throughout Asia, many of whom are victims of the results of slavery and human trafficking.

GFA’s Bridge of Hope Program helps minister to more than 82,000 impoverished children in Asia, rescuing them from the effects of the scandal of slavery and human trafficking.

GFA’s programs to provide compassionate care and our community programs help tens of thousands to have basic necessities, which they would not otherwise have for a healthy life.

You can learn more about how you can help to support Gospel for Asia’s efforts to reduce the effects of the scandal of slavery and human trafficking in Asia by clicking on any of the above links. 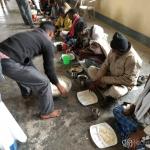 January 28, 2018
Gandhi: Eliminating Leprosy Is the Only Work I Have Not Completed in My Lifetime
Next Post 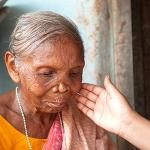 January 31, 2018 World Leprosy Day Report #1: What Is Leprosy?
Recent Comments
2 Comments | Leave a Comment
Browse Our Archives
Related posts from What Motivates Us.