Since 1993, I Have Learned to Observe Good Friday on My Knees

Holding the Broken Body of Christ, by Karen Burton Mains

On Good Friday, 1993, around noon, I slipped into the chapel of the nearby Episcopal church where I prayed weekly for an hour or so and was surprised by something I saw. Someone had positioned a low table before the altar. On it was set a linen cloth, a small crucifix, a pottery chalice filled with wine, and an earthenware plate holding Communion wafers.

A woman bustled in the nearby sacristy.

I called out to her, “What a wonderful aid to prayer!”

Often when my mind is wandering, it helps to have some token on which to fix my eyes. Postcards sent by friends are tucked in my desk organizer, a fixed point of beauty from which to build a center for concentration.

“Did you arrange this?” I asked.

Still finishing her tasks, she paused, calling back that the Communion elements were brought from the previous evening’s Maundy Thursday service as a reminder to keep vigil over the broken body of Christ. Then, her work completed, she left me to the silence. 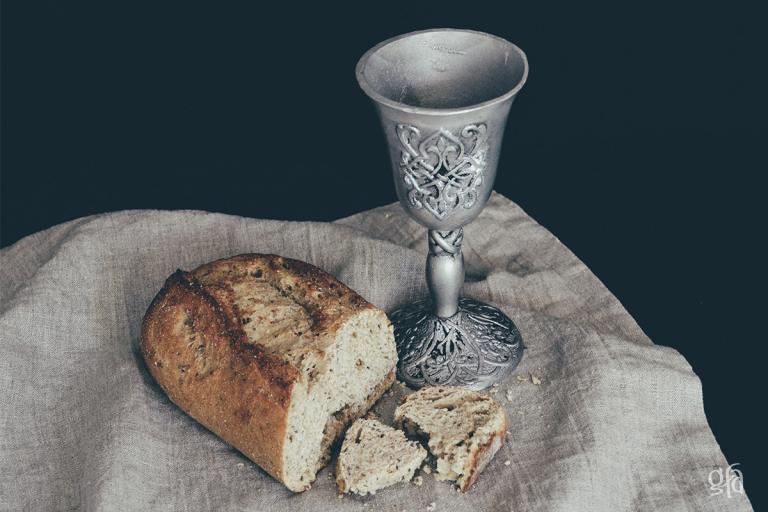 At several points in our lives, my husband, David Mains, and I found ourselves between churches. For six years we attended a black suburban congregation, and before that, we became members at an Episcopal church in the nearby town west of where we live. Since nearly 25 percent of the radio audience of the media ministry my husband headed—broadcasting some 500 times a day, some six days a week—were from liturgical churches (and we knew nothing about liturgy or the Episcopal church), we decided that we needed to expose ourselves in some way to these branches of Christendom.

The rector (pastor) of a nearby Episcopal church was evangelical and an excellent biblical communicator who welcomed our attendance and our participation. He was also an attentive liturgical coach for those of us who had not before been exposed to living by the church calendar, for instance, or with no sacramental understanding of the Eucharistic service. We became part of a small group with him—all of us involved in ministry in some way. So I became exposed to regular healing services and the anointing with oil, to personal confession with a spiritual advisor, to the three-year cycle of Scripture readings called the Lectionary and to the services of feasting and fasting and saints’ days and high holy days included in the Book of Common Prayer. I learned that the Episcopal church, or the Anglican church worldwide, was predominately evangelical and black.

This liturgical learning expanded the truths I had absorbed in the Conservative Baptist upbringing of my past. In a way, each informed the other. For instance, the Protestantism of my past sort of rushes into Easter. Yet churches that observe the calendar year of holy remembrances traditionally begin to “set their faces” toward Jerusalem with a Maundy Thursday meal and a foot-washing ceremony—this based on Christ’s last supper with His disciples in the Upper Room. 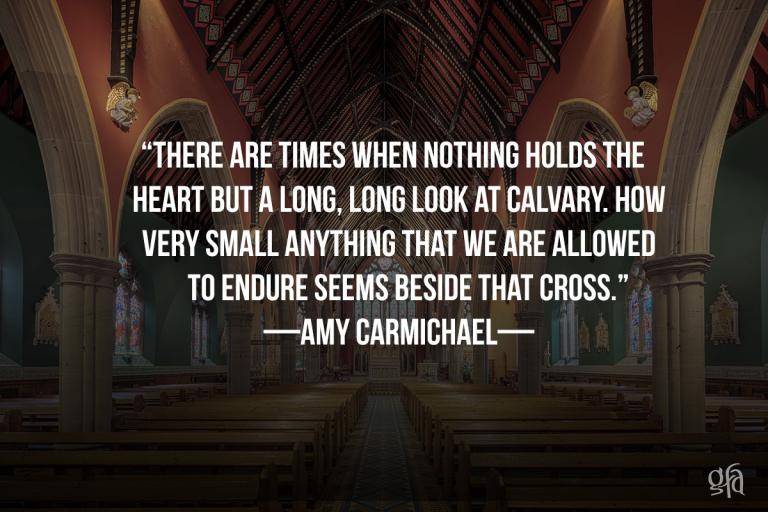 Somehow, during our hiatus at St. Mark’s Episcopal Church, I never was able to make these services; the subway train of crammed living always jostled aside my good intentions. So my crucifixion vigil usually begins not in the Upper Room, but in the Garden of Gethsemane. I will not pretend that I didn’t rush, somewhat breathless, to the observation of this point on the church calendar. However, in the years since 1993, I have learned to observe Good Friday on my knees.

During that moment of prayer in the little chapel of St. Mark’s, a few people came and went, but I was pinned to the thought, How can I leave and go on with my regular routines if there is no one else who will keep vigil over the body of Christ? And after a while, all my prayer companions slipped away. If I leave, I thought, who will keep vigil over this broken body of Christ? Could I not watch one more hour? So because of the quiet, because of the uninterrupted time, because of the elements on the little table before the alter—a goblet holding wine, a basket holding bread wrapped in a white napkin—I felt impelled to stay and watch. I had no place I needed to be, no responsibilities haunting me. My college-age children were all occupied; my husband was away from home traveling.

Yes, I decided. I could watch. I could pray until someone came to take my place. I recalled the Scripture of that first Good Friday.

He went a little farther and fell on His face, and prayed saying,

“O My Father, if it is possible, let this cup pass from Me;

Nevertheless, not as I will, but as You will.” Then He came to

The disciples and found them sleeping, and said to Peter,

“What? Could you not watch with Me one hour?”

So the quick half hour of prayer stretched into an hour and the hour stretched into the whole afternoon. I was a solitary woman, for the most part, keeping lonely vigil beside the body of Christ. The reality of this event—the Crucifixion—and the impact on my understanding took me into a kind of nearness and closeness that are not easily described. I began to think of all the people I knew whose souls were close to Golgotha. Friends—one whose wife was dying from cancer, another whose mother was terminally ill.

Who was it I held in my arms? My husband, certainly, with too much work and too little funding. I also held in my arms the new generation, my infant grandchildren, for whom I felt more terror than I ever had for my own children, knowing now how hazardous life really is.

More than these, I entered into a profound reality that I was one of the women, though centuries stood between me and that actual time, at the foot of the Cross who on that first Good Friday, then down through the ages, have kept lonely and prayerful vigils. Believe me, Easter celebrations are always more meaningful when I have held the Broken Body of Christ on the Friday before.

This year, a week before Good Friday, I notice that nearby Wheaton College is offering a Bach Vigil. Cellist Leonardo Altino will perform the six cello suites of J.S. Bach. Suites 1 & 2 will be held at St. Michael Catholic Church; Suites 3 & 4 will be held at St. John Lutheran Church; and Suites 5 & 6 will be held at the College Church.  These musical meditations a week before Good Friday should put me in the way of the Cross.  Let me just say that ever since that afternoon on Good Friday 1993, I have attempted to spend Good Friday on my knees. Personal suffering since 1993 has made me tender. My own pain has made it easier to enter into the pain of Christ.

“There are times when nothing holds the heart but a long, long look at Calvary. How very small anything that we are allowed to endure seems beside that Cross.” —Amy Carmichael, missionary to India

Let me repeat: Easter celebrations are always more meaningful when I have held the Broken Body of Christ on Good Friday. 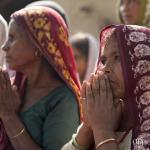 March 25, 2018
Palm Sunday - Preparing Our Hearts for Jesus
Next Post 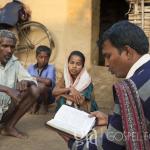 March 29, 2018 It Was the Very First Time They Ever Experienced God’s Presence
Recent Comments
1 Comment | Leave a Comment
"Very wonderful website. As I look back over the decades of my life with KP ..."
Bill Bray Gospel for Asia Celebrates as Bride ..."
"Such a pathetic story about Bani and Kripal, and off-course about God's divine visitation when ..."
Sunday Ubah How Gospel for Asia Goats Fixed ..."
"Yes, but according to the lawsuit settlement agreement signed by both parties, “All funds designated ..."
Randall Mains Gospel for Asia Becomes a Tool ..."
"Didn't Gospel for Asia got sued for lying to donors on where their money is ..."
Christian Gospel for Asia Becomes a Tool ..."
Browse Our Archives
get the latest updates from
What Motivates Us.
and the Patheos
Evangelical
Channel
POPULAR AT PATHEOS Evangelical
1