One Father’s Offer: Get 6 Years of Salary If You Just Reject Jesus

One Father’s Offer: Get 6 Years of Salary If You Just Reject Jesus June 22, 2018 GFA Staff Writer

Every worker needs to be equipped with the tools to do their job. The most important thing when selecting a tool is to get the right tool for the job. Since the creation of Gospel for Asia, we have devoted ourselves to sharing God’s great love for the people of Asia.

Over the years, our partners have given generously to supply important tools for national workers ministering to the needs of those in Asia. Together we have been able to help supply much-needed tools, such as bicycles, projector kits, lanterns, generators, flip charts, mobile public-address systems and vehicles.

We live in a culture where having a Bible is pretty well taken for granted. Even those who are not Christians know Bible stories, often learned when young children. But the workers we help support in Asia are ministering in regions where not everyone is familiar with the Scriptures nor are copies readily available to them in their own language.

The Bible is the direct Word of God. Peter describes the writing of Scripture as never coming “by the will of man, but holy men of God spoke as they were moved by the Holy Spirit” (2 Peter 1:21).

The Bible is the living Word of God. The writer of Hebrews says that “The Word of God is living and powerful, sharper than any two-edged sword, piercing even to the division of soul and spirit, and of joints and marrow, and is a discerner of the thoughts and intents of the heart” (Hebrews 4:12).

The Bible is the everlasting Word of God. The writers of the synoptic Gospels quoted Jesus saying that “Heaven and earth will pass away, but My words will by no means pass away” (Matthew 24:35; Mark 13:31; Luke 21:33).

The Bible is the tool that helps us grow in faith. “All Scripture is given by inspiration of God, and is profitable for doctrine, for reproof, for correction, for instruction in righteousness, that the man of God may be complete, thoroughly equipped for every good work” (2 Timothy 3:16–17).

Many in Asia do not have a Bible. They don’t simply lack a book, they lack a treasure that is filled with wisdom, instruction, encouragement and glimpses of the heart of their Creator. They are unable to search Scripture for themselves, and they have no way of sharing His Word with others.

Do you realize what the Word of God can do to change someone’s life for eternity? Surely, you know, but do you really understand? Here is the difference a Bible made in the lives of one young couple in Asia.

Mahabala and his wife, Nitara, were unable to get a Bible in their own language. New in their love for Christ, they had no fellow believers to help them grow spiritually.

Adding even more hardship, Mahabala’s parents kicked them out of the family home because of their new faith.

Then they met Timothy, a GFA-supported national missionary. To encourage them, Timothy gave them a Bible provided through friends of GFA. They were so delighted to receive the Word of God, and they faithfully read it every day. They also began to attend worship services. As a result, their fellowship with Him increased day by day, and they became strong in their faith.

Then their commitment to Christ was severely tested. After Mahabala’s father kicked them out of his home, he used his influence to get his son fired. With the loss of Mahabala’s salary, the couple began selling their jewelry to pay the rent. In their culture, this was the last step before turning to begging.

But Mahabala’s father made an offer: If they would reject Jesus, he would give them the equivalent of 18 months of Mahabala’s previous salary. When Mahabala didn’t respond, his father doubled and quadrupled his offer. Yet Mahabala and Nitara decided to hold firm in their faith, even if it meant living in poverty.

You see, they had learned from their new Bible that their true riches were stored up in heaven and that following Christ was worth more than gaining the whole world.

Only God’s Word has that kind of power. His heart is for His Word to be known by new believers like Mahabala and Nitara—and by those who do not yet know He loves them so much He sent His Son to die in their place. 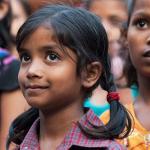 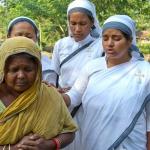 Experiences of an Evangelical Theologian 6
Roger E. Olson
Related posts from What Motivates Us.