“You Are the Curse of Our Family”, she was told.

Gospel for Asia (GFA World), Wills Point, Texas – Discussing when girls are considered to be a curse to their families.

There’s just something about a brand new baby girl that can put a twinkle in her father’s eyes and a smile on her mother’s face.

It’s a joyful scene when the new addition to the family arrives and is soon cradle in her mother’s arms. In just a few minutes, baby will be adorned in pink, and family members will be taking pictures of the newborn. Minutes later, those photos will be delivered to a myriad of family friends over social media. Those friends will post congratulations and add emojis, digital stickers and all other manners of online artwork to celebrate the occasion.

Not so much in India, China and other Asian countries. To the contrary, in many Eastern cultures, women are regarded as a burden. In some, they are even considered a curse.

The University of Chicago Press Journals carried an article in 2013 reviewing a film about female gendercide in India and China entitled “It’s a Girl” – the Three Deadliest Words in the World.

On page 649 of that journal, the authors cited Chinese and Indian sayings about daughters, including:

“It is more profitable to raise geese than a girl.”

“A daughter is a burden on her father’s head.”

Little did Aaliya know when she was born that her grandparents were not doting on her. They called her a curse on the family, and they urged the parents to throw her away.

Aaliya was fortunate. She survived her prenatal condition and her birth. Her family did not follow the grandparent’s admonition. Nonetheless, her life as a child was miserable, primarily because she was – through no fault of her own – a girl.

Growing up, she was constantly reminded, “You are the curse of our family.” Not exactly the kind of encouragement and love a child wants and needs from her parents. She was identified as the cause for all sorts of harm and misfortune that anyone in the family might suffer. It was not uncommon for Aaliya to suffer beatings for adversities affecting family members – situations that she could not have caused any more than she had a choice in being born a girl.

By the time she was 12 years old, Aaliya was already considering suicide.

Before deciding to take that final step, she encountered a Christian friend from her school. After she brokenheartedly told her friend of her despair, her classmate reminded her of Jesus and His love. She recounted how He gave His life for her so that she could have eternal life. She repeated that Jesus’ love is unconditional and that He has promised to never leave us or forsake us.

At the moment, Aaliya chose to believe and to live her life in the love and courage that only Christ can give. She spent the night at her friend’s house, then returned home the next day, born again from above.

Her father had been ill for quite some time (which she was blamed for) and laid on a cot unable to move when she arrived. To everyone’s surprise “the family curse” laid herself over her father’s paralyzed body and prayed for the Lord to help. To their further amazement, he moved his hands!

Aaliya continued to fast and pray for her father for six months. Imagine how puzzled he was at the love that “this burden on his head” was demonstrating toward him – especially as his condition continued to improve.

When she told him about Jesus and that it was Jesus who was answering her prayers for his healing, he, too, opened his heart to the Lord. Not long afterward, her mother also decided to trust in Christ.

The “curse on the family” had become the family’s greatest blessing as they are wrapped in the everlasting love of God. And her parents are especially happy that their blessed child chose to attend Bible college and become a national worker trained to help others understand the love of Jesus who died for them that they might live.

To learn more about gendercide on Patheos, go here. 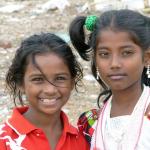 August 29, 2018
Gendercide: The Ultimate Violence Against Women
Next Post 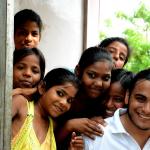 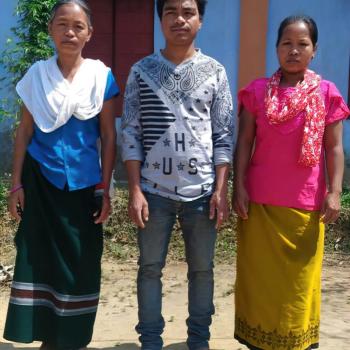