How Heroes Work Together to Solve the Global Water Crisis

“Two are better than one, because they have a good reward for their labor.”
— Ecclesiastes 4:9

We learn about the importance of working together when we’re children. As early as kindergarten, careful teachers share lessons about helping others. Moms and dads often start those lessons even younger. If everyone helps out around the house, chores get done more quickly with less of a burden on one person.

The core messages are responsibility and finding strength in numbers. The most daunting and insurmountable obstacles aren’t so intimidating after all, not when everyone shares the load.

For one person reading sad stories about the global water crisis, it might seem impossible to solve. How much of a difference can one person really make? Alone, it would feel like moving a beach, one tiny grain of sand at a time. But together, people can be heroes who move mountains. 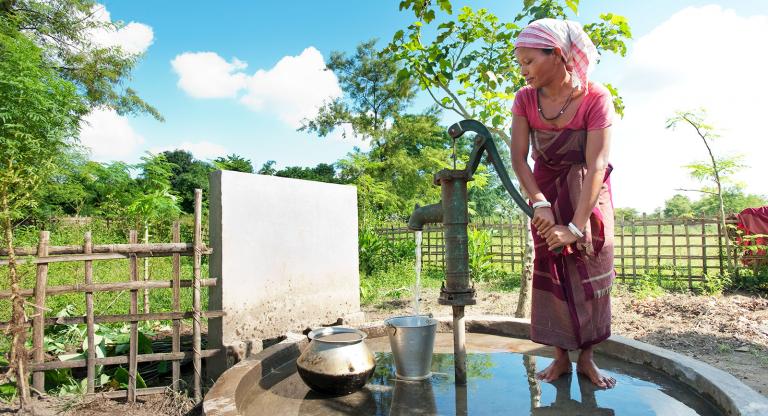 Without a well to tap deep into clean groundwater, villages throughout rural Asia have two difficult options: They can collect contaminated surface water, or they can travel great distances to buy expensive water elsewhere.

According to Global Citizen, parts of Asia are peppered with wells that are in various stages of completion or disrepair. It’s a feeling of abandonment, says a village chief in Cameroon. A well that’s never finished doesn’t help a soul. One that’s broken is nothing but a sad reminder of hope and money that’s been lost. Imagine walking past a non-working well that once poured clean water only to collect stagnant water that’s contaminated.

Some of GFA’s most important work is supporting the installation of water wells knowns as Jesus Wells. One Jesus Well provides a village of hundreds with clean, pure water for decades. A Jesus Well is different than many of the local wells that can be found and does more. Local workers have the manpower, tools and supplies to finish the job while keeping the costs low. Then, instead of leaving the village to its fate, a nearby church that’s committed to sharing God’s love has trained people on hand to maintain and repair the well and keep it working.

Now, the people who rely on Jesus Wells have the comfort of knowing if there’s a problem, it will be solved by someone they know and trust.

Contaminants range from discarded trash to dumped waste chemicals to viruses, parasites and human waste solids. The water looks dirty because it is dirty.

One BioSand water filter can remove well over 90 percent of the worst contaminants for a household. It doesn’t need purification chemicals, electricity, moving parts or special inserts to replace. They’re not like the water filter you might have in your fridge at home that needs a new cartridge once a month. Using inexpensive materials and good common sense, local workers build these filters and set them up near the homes of local villagers. As with Jesus Wells, if there’s a problem, someone close to home knows how to fix it.

Using concrete for the housing, a BioSand water filter has fine layers of gravel and sand inside. Once it’s primed, which can take a few days or slightly longer, it naturally destroys some pathogens and traps others, working for years with almost no maintenance. Unhealthy water goes in, clean water comes out.

When the pastor of a local church commits to helping maintain a well or build water filters, that’s a blessing. When entire villages commit to saving Asia’s precious water, that’s a transformation.

Wells are, indeed, necessary for certain parts of Asia. As in some places in rural America, there’s not always a utility board to pipe in clean, treated water, nor another source to collect it. But a big part of the global water crisis is contamination. And a big part of that is the open defecation problem, which is preventable.

Open Defecation and Its Part in the Global Water Crisis

It’s hard to change habits that have been in place throughout history. Open defecation was once the only option, so of course it seems natural to those who practice it. But as populations grew, pathogen levels increased, and science discovered the connection between disease and exposure to human waste, the need for change became obvious and urgent.

Programs such as UNICEF’s Community Led Total Sanitation engage with the community at different levels to put them in the driver’s seat. Families, clinics, schools and churches working together can end open defecation and normalize the use of toilets in places where it seems strange. And that takes one more layer off the global water crisis.

A change of habit can only happen within; it can’t be brought in and handed over like a present. But without the resources, it can’t happen at all. That’s where GFA comes in.

Another prong in the effort to save Asia’s water is toilets or latrines. There’s a great deal of resistance because latrines are a foreign concept. But with the funding to install a sanitary latrine, the education to know why it matters, and a network of support throughout the community, change can happen. It’s already happening one latrine at a time.

Women and girls face fewer risks with a latrine near the home. Open defecation means venturing out to a field after dark or before sunrise, where women are at risk of attack. For people with weakened immunities, latrines reduce the likelihood of picking up an additional disease that can kill.

Which brings us full circle.

Not all heroes wear a cape. Some are ordinary people like the workers who install wells, ministers who look after their flock, and folks just like you. Ralph Waldo Emerson said, “A hero is no braver than an ordinary man, but he is brave five minutes longer.”

One person can create positive change. But imagine how much easier and widespread positive change can be when a family, a village, a country and the whole world pitch in to help. That’s how God intended his children to be.

Proverbs 27:17 says, “As iron sharpens iron, so a man sharpens the countenance of his friend.” GFA believes in combining efforts to share the love of God with the neediest people in the world. Sometimes, the work isn’t very glamorous. But it’s necessary.

Clean water is the most basic human need. Working together, we move one more step closer to ending the global water crisis. 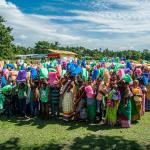 August 21, 2018
The Miracle of the Mosquito Nets
Next Post 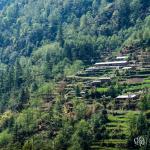 August 23, 2018 Go Tell It on the Mountains
Recent Comments
0 | Leave a Comment
Browse Our Archives
Follow Us!

Why Bad Things Happen To Bad...
Preventing Grace
Related posts from What Motivates Us. 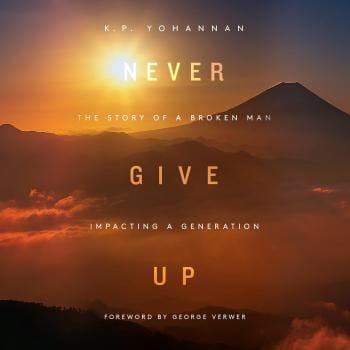 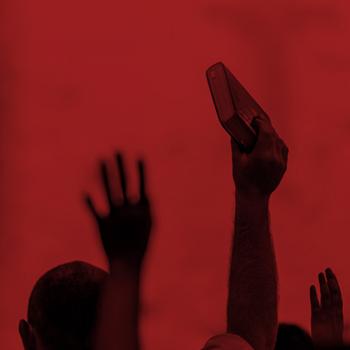 Evangelical
The Expectation of Gospel for Asia School of...
What Motivates Us. 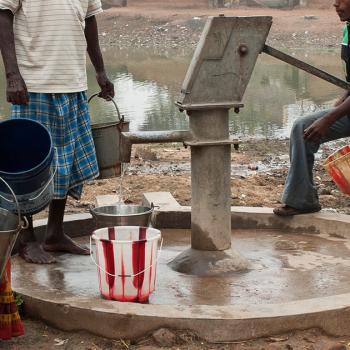 Evangelical
Enjoying the Gospel for Asia Gift They Didn’t...
What Motivates Us.

Evangelical
Staying Apart, While Coming Together — No Contradiction...
What Motivates Us.
TRENDING AT PATHEOS Evangelical