A Successful Search for God

His role in the village was to share his spiritual understanding and enlightenment with those who came under his tuteledge in the hope that their experience will transcend his own. Jayin’s dilemma was that he had been unable to find the living God in his studies, his traditions or his rituals.

Realizing that all that he had learned and practiced had done nothing to bring him to the true God he was seeking, he became frustrated. It disturbed him deeply that he conducted and taught all of the physical rites and metaphysical ruminations to his students. If he couldn’t find God in them, how could they?

As he continued to struggle, he spiraled into depression and nearly lost his mind tilting at the windmills on his increasingly quixotic quest. He became so mentally and emotionally disturbed that his wife deserted him.

However, the living God had a plan for Jayin. Jayin’s parents loved their son and prayed that Jesus would reveal Himself to their son and deliver him from his confusion.

They arranged for a GFA-supported pastor to visit Jayin. As the pastor shared the good news about Jesus and His love for us, Jayin realized that this is the God he had been seeking. He understood that Jesus died for our sins, but that He rose from the dead and is alive, and that He is the only Way to God the Father.

Jayin came to the realization that he was a sinner in need of the living God who is the Light of the World. He gladly received the Word and committed himself to serve the Lord.

The love of Jesus began to fill the emptiness he had long felt in his soul. Eventually, he followed God’s call to enroll in a Bible College.

Today, he is a pastor to his own people. His heart is to share the love of Christ with people who have not heard.

Please pray for the Lord to bring much fruit through Jayin’s labors.

Pray, too, that he will stay close to Jesus and know Him as a constant Friend.

Pray for our GFA-supported national missionaries. 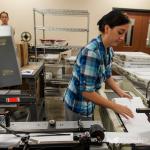 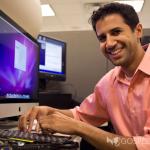