Wills Point, Texas – Gospel for Asia (GFA) Special Report – Discussing the plight of widows worldwide – raising awareness of the problems of widowhood as they face tragedy, discrimination, and suffering.

A Day for the Plight of Widows Raises Awareness

In response to stories like these, the Loomba Foundation organized the first International Widows Day in 2005 to raise awareness of the problems of widowhood. The foundation selected June 23 for the observance because on that day in 1954 the mother of the organization’s founder, Lord Loomba, became a widow.

By the sixth year, 10 nations held observances. In December 2010, the United Nations General Assembly formally adopted June 23 as International Widows Day, calling on member states, the UN system and other organizations to give special attention to the situation of widows and their children. [1] 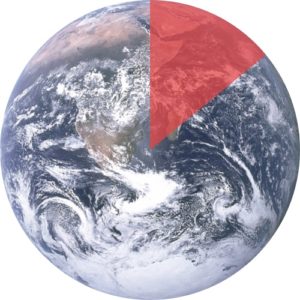 Considering the average widow has three children and six other family members, the wider impact affects more than a billion people, about one-seventh of the world’s population.

A series of reports tied to the day give further evidence of the difficulties facing widows:

In 2001, the UN had issued a report in which it said there is no group affected more by the “sin of omission” than widows:

“They are painfully absent from the statistics of many developing countries, and they are rarely mentioned in the multitude of reports on women’s poverty, development, health or human rights published in the last 25 years.” [2]

The UN says widows in many countries often confront denial of inheritance, land rights and other forms of abuse; widows can be evicted from their homes and abused or even killed, sometimes by family members.

“In many countries, a woman’s social status is inextricably linked to her husband’s, so that when her husband dies, a woman no longer has a place in society,” stated the organization’s 2018 report on International Widows Day.

“To regain social status, widows are expected to marry one of their husband’s male relatives, sometimes unwillingly. For many, the loss of a husband is only the first trauma in a long-term ordeal.

“In many countries, widowhood is stigmatized and seen as a source of shame. Widows are thought to be cursed in some cultures and are even associated with witchcraft. Such misconceptions can lead to widows being ostracized, abused and worse.” [3]

A report released by the Loomba Foundation warned that the mistreatment of widows and women who have lost their partners produces systemic problems for societies. Unless governing powers actively safeguard the well-being of these women and their children, extreme beliefs and behaviors persist. In some nations, people commonly believe that widows caused their husbands’ deaths because of their own misdeeds in a previous life. Some cultures practice “cleansing,” where a widow is forced to have sexual intercourse with a man after her husband’s death to release her husband’s spirit.

The report explains the disturbing impact of such beliefs and practices:

“Most of the most puzzling influences affecting the plight of widows are not examined by the societies that practice them, and without questioning them they remain secret, or in other cases where they are acknowledged they exist, through their normalcy, no one acknowledges the practices cause harm, therefore the practices exist in a kind of private realm nonetheless.

“Perhaps the most far reaching impact of widows’ insecurity is the impact this has on women and families to choose to focus most of their resources on the male members of the family. This means that boys get more health care and education than girls. Boys get this focus because women’s rights are not acknowledged in many societies so that women depend on men for economic and legal security.” [4]

Watch the story of Netramani in this excerpt from Gospel for Asia’s documentary “Veil of Tears”, a film that reveals the desperate plight of women in Asia.

The Hidden Plight of Widows

If widows were gathered into one geographic location, they would make up the fourth-largest nation on earth. Yet, according to the Loomba Foundation, many people remain unfamiliar with reports about the situation facing widows, even though much of the research and analysis is not new. That’s because the evidence hasn’t moved beyond obscure books, academic journals and findings by international organizations. In addition to individual cases of extreme abuse, the Foundation argues, the structural causes of deprivation are “disturbing,” because these wider impacts affect society as a whole. 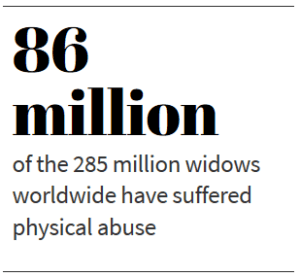 “Deprivation faced by widows therefore extends its destructive influence deep into the rest of society, and can be seen at work across large parts of the world,” the organization stated in its 2015 Global Widows Report. “Widows’ deprivation is therefore not simply about identifying one more category of people to be added to the poverty policy list. This latter point will obviously be of interest to governments, given that they rarely act because there is a moral need to do so—action happens because it helps achieve some other already prioritized objective.” [5]

Many governments could lessen pressure on widows by removing limits on women’s economic condition. Not only do widows often face the loss of land, income and poverty, but as females, many of them lack basic rights.

A 2016 report from the World Bank Group showed that 90 percent of 173 nations have at least one law limiting women’s economic participation, including constraints on their ability to inherit or own land. [6]

In response to that statistic, UN Women wrote in a 2017 statement, “Repealing these discriminatory laws is not only ethical, it is a mandate of the [UN’s] Sustainable Development Goals; the first target of Goal 5 is to ‘end all forms of discrimination against women and girls everywhere.'”

UN Women points out the need to “undertake reforms to give women equal rights to economic resources, as well as access to ownership and control over land and other forms of property, financial services, inheritance and other natural resources, in accordance with national laws. Action on these could impact the lives of millions of widows who are currently dependent on their husbands for their livelihoods.” [7]

The Loomba Foundation says that in significant portions of many developing nations, prevailing social norms and lack of a social safety net mean remarriage is in effect mandatory because single women’s existence is not accepted. This means many widowed women remain “hidden” and not recorded in official statistics.

Still, research has uncovered how serious conditions can become, especially in conflict-torn areas. In Rwanda, at least 13 percent of females are widows, with half of all husbands slaughtered during the genocide of the 1990s. In the Democratic Republic of Congo, sustained warfare left some areas with a widowhood rate as high as 40 percent. In Afghanistan, the United Nations Fund for Women has reported as many as 2 million war widows, well above 20 percent of the corresponding female population. [8]

“However, the countries with the highest percentage of widows among their female maritage populations are in Europe, where Ukraine leads with a rate of 19.2 percent,” the report says. “The Czech Republic has a rate of 13.6 percent, similar to post-genocide Rwanda, France has 12.2 percent. … Without further research on the living conditions of widows in under-studied countries, the widows’ issue will remain hidden in what are currently heavily aggregated poverty statistics.”

The problem can’t be laid solely at government’s doorstep. Strong cultural traditions, customs and superstitions make turning back problems a long-term challenge. That is one reason why UN Women established the Fund for Gender Equality, a global grant-making body dedicated to economic and political empowerment for women. The fund provides both technical and financial support to innovative initiatives.

Since 2009, the fund has given grants totaling $64 million to 120 programs in 80 countries; in 2015 it awarded $7.3 million in grants to two dozen programs that are scheduled to be implemented by this year in six regions of the world. They will reach an estimated 325,000 beneficiaries—45 percent from low-income countries. Thus far, the agency says it has helped 23,000 women increase their incomes and another 3,000 gain leadership positions. [9]

Despite such initiatives, neither government nor non-governmental organizations can easily overcome cultural habits. In 1961, India passed a law against requiring a woman’s family from presenting her husband with a huge financial gift, known as a dowry. Yet, more than 50 years later, dowries are responsible for 80 percent of the outstanding bank loans in the South Asian country. As just one example, “Veil of Tears,” a documentary by GFA, interviewed one woman whose father was still making payments on a dowry loan years after her marriage.

Because so many of these women lack an education or job training, some are often forced to work in low-skilled, backbreaking labor jobs paying the equivalent to US$1.50 a day. With 80 percent of India’s 1.2 billion people living in villages and rural areas, it is extremely difficult to overcome the superstitions and traditions that keep women in subservient conditions.

To read more on Patheos on the plight of widows worldwide, go here. 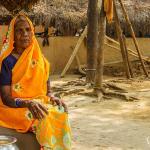 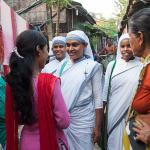