Wills Point, Texas – Gospel for Asia (GFA) Special Report – Discussing widow’s plight worldwide as they face tragedy, discrimination, as well as the efforts and opportunities extended to them to give them hope.

Hope to Overcome the Challenges of Widowhood

“For millions of widows in Asia, life is incredibly difficult,” says Dr. KP Yohannan, founder and director of GFA. “Many are forced into begging or prostitution to survive. There are 46 million widows on the streets and in slums. There are stories of thousands of widows committing suicide because they have no hope.”

Another widow whose story was featured in “Veil of Tears” faced rejection from her husband’s family after he died. Her nephews refused to give her food, forcing her to beg from passing strangers. Once, when she got sick and suffered from diarrhea for two days, no one would even approach her. Members of a GFA-supported Women’s Fellowship took her to the hospital for treatment, provided her food and found her a home. Most of all, they became a family.

Such caring action demonstrates one way to address widows’ situation: at the grassroots level. This is what GFA does through initiatives such as sewing classes, providing sewing machines and training in skills like candle-making and basket-weaving. Much of this outreach is conducted by Sisters of Compassion (women who are specially trained to care for marginalized groups), leaders of Women’s Fellowship groups and pastors’ wives. As women, they are more readily received into women’s homes in the segregated society.

GFA-supported pastors and workers often help organize events to assist and encourage widows, too. For example, on or soon after last year’s International Widows Day, GFA-supported workers in many different regions distributed numerous sewing machines, goats, piglets, hygiene supplies, mosquito nets and other goods to help improve widows’ lives. They also offered encouragement and reminded them, “In the sight of God our Father, pure and blameless religion is helping the orphans and widows in their need” (see James 1:27).

That stirred reactions like one from Madhuri, a 35-year-old who is the only bread-earner for her children:

“I go house to house in search of work. The piglet I received from you, I will rear nicely and hope it will [provide] a great income for my family. I am very thankful to you.”

“In the sight of God our Father, pure and blameless religion is helping the orphans and widows in their need.” —James 1:27

In another area, a GFA-supported Women’s Fellowship gave sewing machines to 30 women.

“After my husband died, I was alone doing work in the tea garden and supporting my children,” said Upada, one of the recipients. “I am finding it so difficult to manage our family, but today I am so happy that the church has given me this gift. I believe that this sewing machine will greatly help our family.”

Another widow, Kanan, said, “After my husband’s death, there was no one to help me. I have three children and they are very small. The eldest child is going to school. I was finding life so difficult, but God took care of us and met our needs. … Through this sewing machine, I will try my best to earn money and support my children’s schooling and our family.”

When a church in another district gave 50 widows each a goat, it brought waves of gratitude. Lajita, a widow who received a goat, told of her husband dying four years earlier because of asthma:

“I have three children who are going to school. I worked as a daily laborer in others’ fields. Now, I will rear this goat at home, and she will produce milk. I hope my family’s condition will become better through this goat.”

Baijanti added, “My husband passed away some eight years ago. I stay with my children. We have no income-generating source, and this goat is going to be a great help for my living.”

An event in Nepal for International Women’s Day in 2017 prompted similar reactions. Thirteen churches organized a women’s conference, during which they provided pressure cookers to 60 widows.

A guest speaker, who had been a widow since age 15, distributed the gifts and encouraged participants:

“Being a widow, it is hard to be alone and at home in the society. Today, many widows are abused by the family and the society. Therefore, I came forward to raise my voice and help them.”

Even in the United States, widows don’t get a pass on life’s challenges. After Artis Henderson’s husband, Miles, died in November 2006 when his Apache helicopter crashed in Iraq, she spent the first year overwhelmed by grief. Without experiencing this kind of sudden tragedy, it’s hard for someone to know how difficult it is to cope when “everything in the world shifts,” she told CNN.

“I always remember so clearly, this woman—another widow who was a little further, maybe six months ahead of me in the process—saying to me, ‘You will be disappointed to find out what happens after the first year,'” Henderson said. “And I remember saying, ‘Well, what happens?’ And she said, ‘There’s another year.'”

Other widows report similar grief. At age 59, Ginny McKinney was out shopping with her husband, Dan, for a travel trailer for early retirement when he suddenly dropped dead from a heart attack at age 62.

“I took off for three months, driving a circle around Colorado,” McKinney told the New York Times. “I went to places in the wilderness and on the top of mountains, where I could stand outside and scream at the sky, and scream at God for taking my man. And scream at him for leaving me.”

If the grief isn’t enough, what elderly widows may discover later can also inflict pain. In early 2018, an audit report from the Social Security Administration’s (SSA) inspector general’s office found the agency had underpaid nearly $132 million to more than 9,200 widows and widowers age 70 or older.

The issue stemmed from a budget bill in 2015, when Congress curtailed a strategy where one spouse could suspend a monthly benefit to allow the other spouse’s benefits to increase as long as the second delayed drawing theirs. However, it still allows a widow to claim survivor benefits and delay applying for her own. The SSA failed to inform widows and widowers to consider this option. The inspector general identified 13,555 people who were entitled to claim such benefits; a random sample showed that 82 percent could have drawn a higher monthly benefit if they claimed survivor benefits and held off drawing their own retirement.

“I went to places in the wilderness and on the top of mountains, where I could stand outside and scream at the sky, and scream at God for taking my man. And scream at him for leaving me.”

However, the situation for widows in other parts of the world remains even more dire. For example, in a 2015 story, the India Times reported the majority of Indian widows are deprived of their inheritance rights, especially if they are childless or have only daughters. This happens despite a 1969 law that made women eligible to inherit equally with men.

Among other problems, widows in Asia may face:

Given this situation, Yohannan also believes the ultimate answer will be found from more women, regardless of where they live, learning who they are in Christ and what God thinks about them as individuals. Widows like Gulika have found hope when they learned that God treasures them.

However, Yohannan emphasizes the importance for Christ followers to provide practical assistance for widows and their children.

“God judged Israel because they did not care for the poor and suffering,” Yohannan says. “The Body of Christ is responsible to care for them. We must do everything we can to alleviate suffering and do whatever it takes to help people who are forsaken in their own communities.”

Obeying God’s command to take care of widows, GFA supports workers dedicated to ministering to widows all across Asia.

In 2017, GFA helped provided free health care training to 289,033 women, taught 50,624 illiterate women how to read and write, provided vocational training to 10,965 women desperately in need of a job, and gave out 8,763 sewing machines to vocational graduates, many of whom are widows struggling to survive. So, while widows worldwide face tragedy and discrimination, some are finding hope and a future through help from organizations like Gospel for Asia. 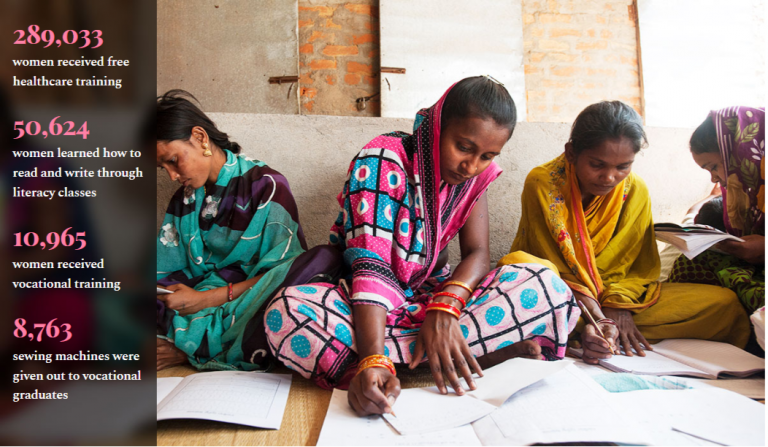 To conclude on a positive note, here is a letter written by Dr. KP Yohannan to friends and donors of GFA about one widow’s journey from despair to joy:

When Kaavya’s husband died as a result of his alcohol addiction, she had to work hard as a daily wage laborer to feed her six children and look after her household. No one helped her because she lived in a society where people believed it is the wife’s fault if her husband dies before she does—regardless of the circumstances. In essence, she and her children were abandoned.

Kaavya and her children lived in a small, old hut, and life was a constant struggle for survival…

Read the rest of the letter from KP Yohannan 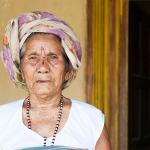 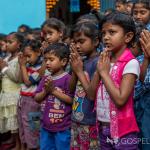 Where Is God in This Pandemic?
Roger E. Olson
Related posts from What Motivates Us.

Evangelical
Gospel for Asia Rejoices as Mother’s Faith Follows...
What Motivates Us.

Evangelical
Gospel for Asia Helps Man Find Jesus at...
What Motivates Us.
TRENDING AT PATHEOS Evangelical