Wills Point, Texas – GFA Special Report (Gospel for Asia) – Discussing the present day tragedy of modern slavery & human trafficking, where there are more slaves today than at any time in history. 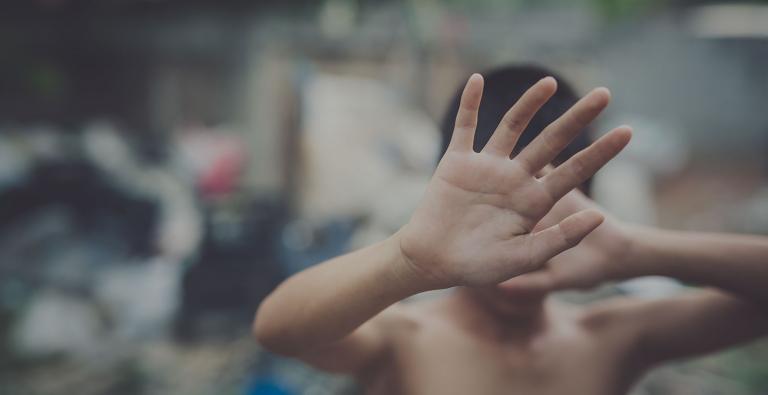 Around 10 million people are currently behind bars somewhere in the world. Some have yet to face trial, a few have been wrongly convicted, but most are prisoners for a crime they have committed.

Meanwhile, four times as many people are being held against their will because of a crime committed against them—they are part of the global slave population estimated to be more than 40 million.

That number is higher than the entire population of Canada. Many of these victims are literally kept under lock and key, while others are effectively imprisoned by coercion, manipulation and extortion.

Slavery: Stronger Today than Ever

Slavery may long have been officially outlawed, but difficult though it may be to believe, numerically there are more slaves today than at any time in history.

There, anesthetized by drugs and alcohol, this little girl would be forced to knock on the doors of the trucks and sell herself to the drivers. 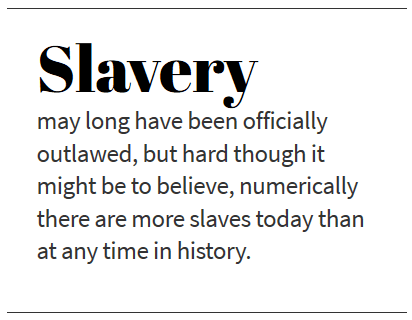 Since 2011, almost 90 million people have experienced some form of modern slavery for periods of time ranging from a few days to several years.

Total profits from this trade in slave labor are dwarfed only by sales of illegal drugs and illicit arms.

“Every country in the world is affected by human trafficking,” says the United Nations, “whether as a country of origin, transit, or destination for victims.”

So concerning is the issue that it is spotlighted by not one but two of the UN’s annual international awareness days.

The World Day Against Child Labor (June 12) highlights the plight of nearly 170 million children worldwide who have to work—half of them in “hazardous” situations—and whose number includes those in bonded labor. Though the number of working children has dropped significantly since the turn of the millennium, that pace of decline has “slowed considerably” in the past few years, says the International Labor Organization.

Meanwhile, children comprise a third of all victims of human trafficking, which is the focus of the World Day against Trafficking in Persons (July 30). 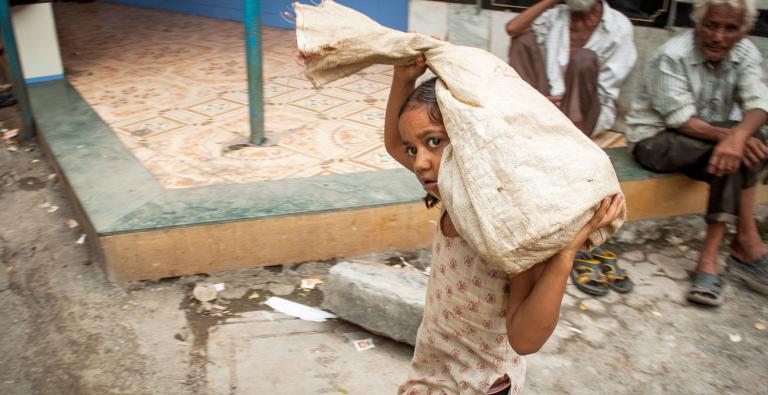 That human trafficking relates to two UN days of awareness also hints at the complexity of the issue. Because the particularly harrowing nature of sex trafficking means it garners a lot of headlines, many people assume this is the main area of human trafficking.

However, research tells another story: Of the 25 million people ensnared in forced labor in 2016, only 5 million were involved in sexual exploitation.

Sex trafficking doesn’t only generate more headlines than other forms, though; it also generates a lot more money.

One in five trafficking victims may be sexually exploited, but they bring in two-thirds of the total global trafficking profits.

A typical woman forced into prostitution makes around $100,000 a year of profit for those who control her, six times the average profit of other forced workers.

Human Rights First says that studies have shown that sexual exploitation can yield a return on investment ranging from 100 percent to 1,000 percent, while an enslaved laborer in less profitable markets—such as agricultural work—can generate something over 50 percent profit.

Such numbers underscore how human trafficking is really big business. As with so many of the world’s major problems, the causes are complex. Politics and prejudice, commerce and corruption, disasters and discrimination are all part of the roots of this diseased tree.

“Vulnerability to modern slavery is affected by a complex interaction of factors related to the presence or absence of protection and respect for rights; physical safety and security; access to the necessities of life such as food, water and health care; and patterns of migration, displacement and conflict,” say those behind the sobering 40 million statistic.

However, one thing distinguishes human trafficking from many other key global issues.

“This is a human condition,” says Australian businessman and anti-slavery campaigner Andrew Forrest. “This isn’t AIDS or malaria or something which is thrust upon us by nature. This is the choice of man, so the choice of man can stop it.”

There are widespread efforts being made to do that, from those advocating for changes in the law to those pushing for businesses to take more responsibility for the shadow side of globalization. Others work with authorities to free people from brothels and brick factories or, like many Gospel for Asia (GFA)-supported workers, care for and help to rehabilitate the victims left with physical and emotional scars.

Those shocked by the scale of slavery in the 21st century, imagining it had effectively been abolished in the 1800s, may be equally surprised by its many forms. They range from sex trafficking and forced marriage—some 15 million people in 2016, many of them young girls—to forced labor and bonded labor.

The latter is especially common in Asia, where exorbitant interest rates by lenders can lock generations of families into working to pay off what began as a small debt—likely for an essential such as food or medicine—that keeps mushrooming.

“Modern slavery takes many forms and is known by many names,” says the Freedom Fund.

“Today’s slaves are trapped in fishing fleets and sweatshops, in mines and brothels, and in the fields and plantations of countries across the world. It can be called human trafficking, forced labor, slavery, or it can refer to the slavery-like practices that include debt bondage, forced or servile marriage, and the sale or exploitation of children.”

According to Free the Slaves, today’s trade has two chief characteristics: It’s cheap, and it’s disposable.

“Slaves today are cheaper than ever,” says the group. “In 1850, an average slave in the American South cost the equivalent of $40,000 in today’s money. Today a slave costs about $90 on average worldwide.”

Human trafficking may be a global disease, but it is more virulent in certain parts of the world, where poverty and social inequality more readily enable it to thrive. The 2016 Global Slavery Index (GSI) found that just five countries accounted for almost 60 percent of the global slave population.

To read more on Patheos on the desperate issue of ongoing 21st century slavery, go here. 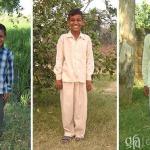 November 1, 2018
Bridge of Hope: The Difference Love Can Make
Next Post 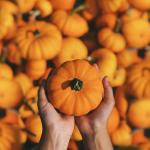