People with Leprosy Are Not Cursed, Nor Unclean, They Are Loved

“And behold, a leper came and worshiped Him, saying, ‘Lord if You are willing, You can make me clean.’ Then Jesus put out His hand and touched him, saying, ‘I am willing; be cleansed.’ Immediately his leprosy was cleansed.” — Matthew 8:2–3 Leprosy. In many parts of the world, the very word brings with it a sense of fear. In the West however, leprosy cases are few and far between. Medicine has evolved to the point where if the disease is caught early enough, it can be cured. In ancient times, however, those afflicted with leprosy had but one hope: for the disease to die out on its own.

The afflicted were cast out of their homes, often never to be seen again. When Jesus walked the earth, performing miracles and healing the sick, a man riddled with leprosy disregarded the law and ventured out from his self-exile. He put all his trust in Jesus, fully believing He could heal him. What an enormous amount of faith to have!

I have read many reports and stories of men and women in Asia stricken with leprosy. So many are cast out, reviled and left to die; though they suffer, they endure. Many have never heard of Jesus, yet through Gospel for Asia (GFA)-supported workers, they find hope, value and healing in the name of God.

One story I am reminded of is that of a man and wife who, despite their ailment, found the Lord. Tapan and his wife, Manita, have leprosy. Both husband and wife, fearing prejudice, fled to a colony where others afflicted with leprosy live. There, they, along with other families, lived in seclusion and despair.

But hope arrived in the form of four Gospel for Asia (GFA)-supported Sisters of Compassion. These young women made it their calling to serve among the afflicted, like Tapan and Manita. They began ministering to the beleaguered and ailing families. Tending to open wounds, administering medical treatment and teaching the patients how to avoid injury, the sisters spread love and comfort throughout the colony.

Eventually, the sisters came upon Tapan and his family. In addition to the leprosy affecting his body, Tapan also suffered from heart problems. After much fasting and prayer from the sisters, Tapan’s heart was completely healed! Afterwards, the couple opened their hearts to God’s love.

Tapan and Manita’s story is but one among thousands of others. Many more suffer, with no hope or comfort. However, Gospel for Asia (GFA)-supported workers, like these Sisters of Compassion, toil endlessly to ensure many more are brought the love of God.

Leprosy patients are not “unclean;” they are not “cursed.” Though they may have leprosy, they are loved all the same. 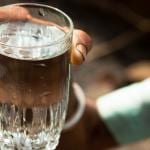 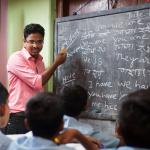 Evangelical
Gospel for Asia Helping Protect Lives Through Clean...
What Motivates Us.
TRENDING AT PATHEOS Evangelical