WILLS POINT, TX – Gospel for Asia (GFA) – Discussing how God can change an anger filled heart to one that burns for Him, desiring nothing more than to let the world hear of God’s Word and know God’s love.

Personal testimonies can include stories of lives transformed from the depths of sin, tragedy or persecution. My own personal testimony is nothing dramatic. I was born and raised in a Christian family and I received Christ when I was 7 or 8 years old (I really don’t remember the exact day or year). But the stories I have heard of God working in people’s lives instills within me awe of God’s love that never fails and how each person’s testimony is unique. 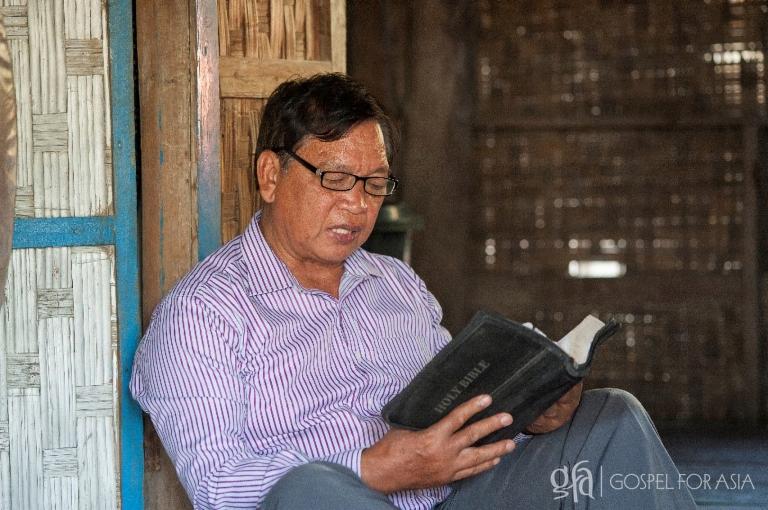 One testimony of such complete transformation is Pastor Myo Zaw’s. Before he was a Christian, Pastor Myo was known as the local drunkard in his village. Quick to anger, Myo often fought with his fellow villagers. Nobody was safe from the volatile man.

But then, something changed. One day the villagers noticed something odd about Myo. He wasn’t hurling obscenities or throwing out challenges, but instead yelling something about someone called Jesus.

Miraculously, Myo had come to know Christ. The anger that dwelt in him had been replaced with a burning love for God. The villagers were astounded by this sudden transformation and wondered if Myo had gone insane.

Contrary to the villagers’ misconceptions, Myo’s mind was clearer than ever. Even his family almost didn’t know what to think. They were simultaneously shocked and ecstatic at the change of heart Myo had undergone.

“I just wanted to pour [God’s love] out and share it out,” Myo said. “I was not able to stop sharing the Word of God.”

However, Myo couldn’t keep his newfound faith to himself.

“I could not keep silent,” Myo remembered. “I used to shout and share the Word of God throughout my village. … So my village said, because he drank too much, he became mad.”

Myo began preaching to anyone and everyone he could. Whether it was on the street or in the market, Myo would talk to them about God.

“I just wanted to pour [the love of God] out and share it out,” Myo said. “I was not able to stop sharing the Word of God.”

Myo began sharing not only with those in his village but with other local villages as well. He simply could not keep the love of God to himself. He continued his one-man ministry for a few years.

One day, Myo heard about a nearby area where the love of God had never been experienced. Hearing this, Myo wanted to go. But he needed help. So, he approached a local GFA-supported leader and asked if he could be sent to this area. The GFA-supported worker agreed, and so, Myo and his family left the village and never looked back.

Nearly three decades after Myo’s change of heart, Myo is a GFA-supported pastor. He has seen thousands of people introduced to the same God who changed him. The pastor and his wife have remained steadfast throughout challenges that threatened to hinder their ministry. They endured sickness and violence, yet let the love of God guide them always.

“Let the people hurt me, let the people stone me. No problem,” says Myo. “I will still show my love. What I have found in my life is that love is the most powerful weapon we have from God.” 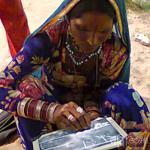 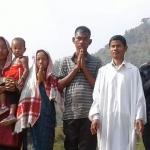 September 20, 2019 Boycotted Family Finds Peace
Recent Comments
1 Comment | Leave a Comment
"Yes, but according to the lawsuit settlement agreement signed by both parties, “All funds designated ..."
Randall Mains Gospel for Asia Becomes a Tool ..."
"Didn't Gospel for Asia got sued for lying to donors on where their money is ..."
Christian Gospel for Asia Becomes a Tool ..."
"Praise God! I am so grateful to hear of the transformation that the Lord worked ..."
Rebecca Father Demands a Refill but Finds ..."
"Caring for the sick, the hungry, the lost and the needy. So many people needing ..."
Maria Gladys Gospel for Asia Helps Provide Medicine ..."
Browse Our Archives
Follow Us!

Singing Is Unlikely to Spread COVID-19
Cranach
Related posts from What Motivates Us.