WILLS POINT, TX – Gospel for Asia (GFA) – Discussing the isolation Panmoli and his family experienced, the comfort God’s Word provides, and the national missionaries who serve to bring unity and peace to local communities.

Panmoli tried to get the attention of a villager—Panmoli was struggling alone. A wall of isolation met him because envy and hatred kept anyone from talking to Panmoli and his family members. No one wanted anything to do with them. No matter how many pleas for help, silence was the only answer they received.

Panmoli, his wife and five children lived in harmony with their neighbors before jealousy ruined the peace they once shared. They lived happily with their own little paddy field and worked hard each day to survive. They enjoyed their life, but one day life completely changed for Panmoli and his family.

The villagers grew envious of Panmoli due to some misunderstanding and began to spread rumors that his family was possessed by evil spirits. After word got around in the village, the once-accepted family was hated, and no one dared talk to the family. Panmoli, his wife, his daughters and his sons and their wives were ostracized. Now they faced struggles alone with no outside help. They were desperate for peace they now lacked.

In Panmoli’s search for answers and help, he and his family reached out to a woman named Jaipriya. She was known as a woman of prayer and of great faith in Jesus. Panmoli and his family shared their problems with Jaipriya. As Jaipriya heard this family’s sad story, she encouraged their hearts from God’s Word and prayed for them. This touched the isolated family’s hearts so deeply that they, too, wanted to embrace Jesus and receive His acceptance.

After this meeting, Jaipriya shared about Panmoli’s situation with Gospel for Asia-supported pastor Madani. Together, with members of his congregation, Pastor Madani visited outcast Panmoli and his family to encourage and pray for them.

Seeking to make peace in Panmoli’s village, Pastor Madani and a few other church leaders met with the village headmen and authorities to speak on Panmoli’s behalf. After discussing the accusations against Panmoli, they resolved that it was just a misunderstanding and jealousy among the villagers. Slowly the villagers began to rebuild their relationship with Pamoli and his family, whom they had boycotted for four months.

Today, this village lives in unity.

September 21 is International Day of Peace, a day created by the UN to help strengthen the broken peace of mankind. Gospel for Asia-supported workers, like Pastor Madani, try their best to bring peace to disgruntled villages and carry hope and unity wherever God calls them.

Read how Bindal found peace in the midst of his troubled heart. 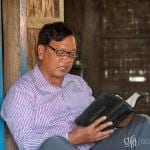 September 19, 2019
From Shouting Obscenities to Proclaiming God’s Love
Next Post 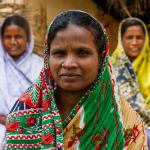 October 3, 2019 Literacy: A Great Miracle Cure for the Human Spirit (Illiteracy Post 1 by Gospel for Asia)
Recent Comments
1 Comment | Leave a Comment
Browse Our Archives
get the latest updates from
What Motivates Us.
and the Patheos
Evangelical
Channel
POPULAR AT PATHEOS Evangelical
1