WILLS POINT, TX – Gospel for Asia (GFA) – Discussing the life of a widow named, Amey and her family who, through a life exposed to lack, danger and desperation, found refuge in God’s grace who provides all that they needed, business, protection, peace and joy.

Riots swept through the small village, bringing upheaval in every way. Those behind the riots began to extort every local business, attempting to further their cause. Gair, as a dry-fish vendor, was one of them. The activists gave him an ultimatum: Pay a sum upwards of $60,000 or face the consequences. Gair refused; he did not have the money. He was murdered in his own house. He left behind a wife and four daughters. Amey, Gair’s widow, wondered what to do.

“I had to go through lots of problems after my husband passed away,” Amey recalled. “I had to protect my children.”

To ensure her daughters’ safety and future, Amey began to sell her belongings.

“Our economic situation went from bad to worse and most of our house belongings had to be sold,” Amey shared. “I was mentally drained …”

When money ran out and there was no more to sell, Amey decided to revive her husband’s business. Things started to look up as the business began to thrive. But others businessmen looked upon her success with jealously. They harassed the widow, even attempting to kill Amey.

“One day, two men came on a motorcycle and followed my scooter while I was on my way to the market, and they shot at me,” Amey remembered. “The first bullet passed somewhere, and the second hit my scooter … and I fell on the road. This was a great escape, but I immediately decided to stop this business for the safety of myself and my daughters.”

Amey found herself back at square one. This time, she didn’t know what to do.

Anxiety, worry and uncertainty gnawed at Amey’s heart. What would happen to her and her daughters? Was there any hope at all? Who could help them?

A neighbor of theirs, who often helped the beleaguered family, suggested Amey and her daughters attend church services led by GFA-supported pastor Maran. When they visited, the believers instantly welcomed the widow and her daughters. Amey immediately felt peace.

“When we went back home that day, I asked my daughters what they felt,” Amey said. “All of them felt so great as they could experience peace and joy.”

A New Business and Blessing

Soon after, the Lord inspired her to open a spice business. The new venture, blessed and prayed for by the pastor, brought in the much-needed income to support Amey and her daughters.

“I have no words to thank my Lord Jesus for the miracles that He has done in my life,” Amey says. “I am so thankful He has saved me and also protected me in order to be the strength for my daughters. Now we are living with God’s grace, and our lives have been blessed immensely.”

Think About It
Like Amey and her daughters, there are many women and their families left to pick up the pieces after their husbands pass away. If you would like to help them, visit gfa.org/gw/widows

Source: Gospel for Asia Features, Ministry Focus: Despite All Odds

Learn more about the 100 Million Missing Women and the Aftermath of Acute Gender Imbalance. 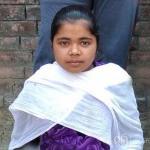 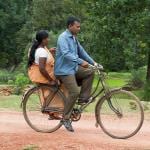 A Lenten meditation on the death...
Anxious Bench
Related posts from What Motivates Us.

Decent People
"Mistakes were made." That is the passive voiced apology that is no...

Why Mary of Bethany is My Hero
This story of Mary of Bethany’s extravagant act of anointing Jesus for...
view all Evangelical blogs
What Are Your Thoughts?leave a comment
Copyright 2008-2020, Patheos. All rights reserved.