Gospel for Asia Brings Hope in a World Where a Baby Girl is Nothing to Celebrate December 13, 2019 GFA Staff Writer

WILLS POINT, TX – Gospel for Asia (GFA, www.gfa.org) – Discussing the despair of women, and even baby girls, victims of discrimination and acute gender imbalance, and the missionaries who bring hope, healing, and salvation through the grace of God.

At last, the baby began to crown, and with him came the fulfillment of his parents’ wishes. Five years of barrenness, five years of bitter arguments—this baby would put it all in the past. He would bring pride to the family, reap a dowry from his bride and help provide for the family. He would restore his family’s joy. 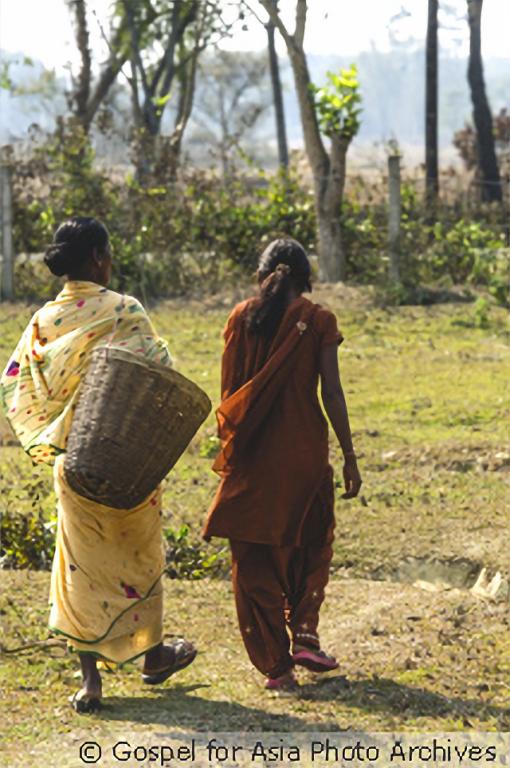 As the baby took his first breaths, however, something wasn’t right, and hopes built up over the last nine months quickly died away.

Mayuri and Rafat’s little boy turned out to be a little girl—and that was nothing to celebrate.

Five years earlier, Mayuri’s hope hadn’t been for a baby boy but for a harmonious family life. While Mayuri’s father, Ekaling, spent his days drinking, gambling and chasing after women, Mayuri went to work every day with her mother, Olimani. Together, they earned enough to feed the family of five—except for when Ekaling demanded their wages.

If Mayuri and Olimani refused, Ekaling would beat them. Sometimes, he’d beat Olimani without any excuse.

Olimani worshipped all the deities she could, especially the local goddesses, in hopes that they would change her husband, but Ekaling remained the same. Finally, she decided to give 14-year-old Mayuri the escape she couldn’t have herself and arranged Mayuri’s marriage and a new life for her.

The abuse women face for bearing daughters is so great that many have resorted to gender-selective abortion and infanticide, resulting in millions of “missing girls” in Asia. Discover more about this and other issues facing South Asian women in Gospel for Asia’s new film documentary, “Veil of Tears.”
But before Mayuri’s 20th birthday, she would wish for a second escape.

Life with Mayuri’s new husband, Rafat, seemed promising in the beginning, but within a few years, the young couple’s infertility created tension in the family. In South Asian cultures, women are blamed when a couple can’t produce children. For more than four years, Mayuri bore the couple’s failure alone.

When Mayuri finally became pregnant, happiness returned to the home, but it only lasted nine months. Rafat expected a son, and when a daughter came, he refused to celebrate. He made certain to fully punish his 19-year-old wife for their child’s gender.

A few years later, a second daughter followed, and Rafat’s abuse doubled, and his mother joined in on the torment. Rafat spoke badly about Mayuri in front of the family, and just like Mayuri’s father, he began beating his wife.

Rafat threatened to leave the marriage, but in the end, it was Mayuri who fled. Her in-laws rejoiced at her departure.

With nowhere else to go, Mayuri returned home. After all Olimani had dreamed for her then-14-year-old daughter, she grieved to see Mayuri now. The child had years of marital abuse to match her own, and now she had two daughters to provide for alone.

Mayuri’s father was gone. He had married another woman, and now both his wife and daughter could cross off the men who abused them from the long list of struggles they faced.

Mayuri set out to find work and came across a liaison who said he could get her work as a maid in another country, as long as she paid her own way there. The cost was more than she had, so she found people to lend her the money. Once again, however, Mayuri’s hopes were crushed.

The man was a fake, and after he took Mayuri’s money, he left her carrying a load of debt—with interest. Like her mother did before, Mayuri begged every deity she knew to save her life, but night after night, she and her daughters went to sleep hungry. She only saw one option left: become a prostitute to keep her children from starving.

Although Olimani didn’t approve of the new job, she could hardly tell Mayuri to stop—not with her two daughters to provide for and large debt to pay off. The neighbors, however, were less merciful and made clear how much they despised the whole family.

Years later, when a doctor discovered a tumor in Mayuri’s abdomen, she had no one to tell but her gods, and if history was any indication, they would offer her nothing.

In search of healing, Mayuri visited many temples and offered sacrifices, but her condition continued to worsen. One day, however, Gospel for Asia pastor Patakin offered her the chance to pray to a different God. 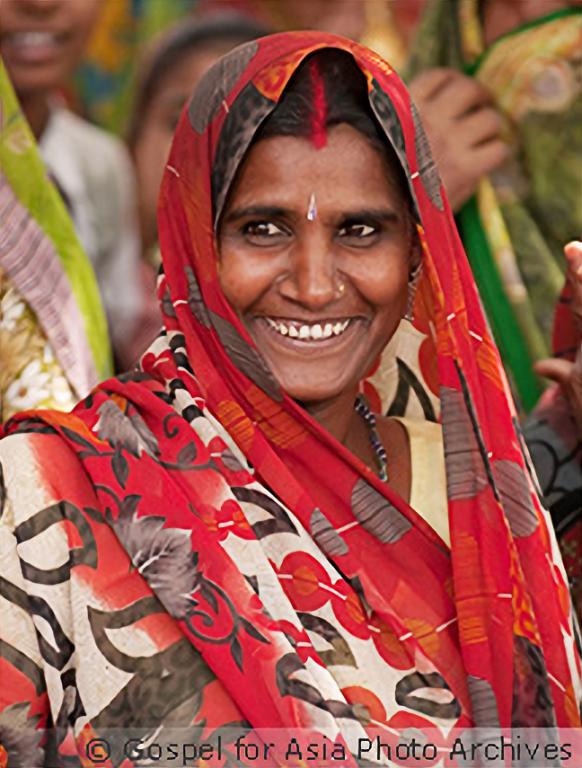 It wasn’t the first time Pastor Patakin had told Mayuri about Jesus. While other villagers did their best to avoid her, Pastor Patakin had dared on numerous occasions to visit the prostitute’s home. Normally, Mayuri ignored the pastor’s words, but when he invited her to a Christmas service at his church, she decided to go.

Years of being shunned had taught Mayuri to expect the worst when she walked into the church. But instead of condemnation, the believers gave her true, unflinching love. Mayuri left full of joy, and she eagerly returned each Sunday afterward.

During one Sunday service, Mayuri was touched as Pastor Patakin shared Psalm 91:15-16: “He shall call upon Me, and I will answer him; I will be with him in trouble; I will deliver him and honor him. With long life I will satisfy him, and show him My salvation.”

Pastor Patakin spoke of many women whom Christ had healed from deadly diseases.

“If you pray to God, He will heal you and give long life to you,” he said.

Mayuri believed and put her trust in God. Then, like all the women Pastor Patakin had talked about, she experienced the Lord’s healing touch.

As Mayuri watches her two daughters grow older, she is grateful to know their lives will be very different from the first 35 years of her own life. Their father is gone, but they have an entire church congregation that loves and supports them. And as they attend Sunday school each week, they are growing in their relationship with a heavenly Father who provides for every need.

After God healed Mayuri’s cancer, she continued to see His faithfulness as He provided respectable work as a daily wage laborer, which lets her send her daughters to school.

“Today, I am living; that is only by the grace of God,” Mayuri said. “I was totally healed from my sickness by the blood of Christ. … Now I am living by faith in Jesus Christ.”

By the grace of God, Mayuri’s life has been transformed, but millions of women in South Asia still wait for a glimpse of hope. Bring these women hope by sending a woman missionary.

Source: Gospel for Asia Report, A Baby Girl is Nothing to Celebrate 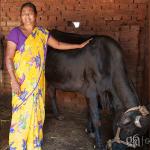 December 11, 2019
Gospel for Asia: The Many Blessings of a Cow
Next Post 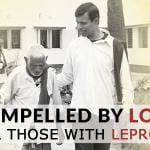 What “The Rise and Fall of...
Between Two Kingdoms
Related posts from What Motivates Us.