WILLS POINT, TX – Gospel for Asia (GFA, www.gfa.org) founded by Dr. K.P. Yohannan – Discussing the ministry of national missionaries, the physical challenges they endure, and the impact a simple gift of a new bicycle can make in the transformation of villages, touched with the love of God.

Limited. That’s how Pastor Jachin felt. The members of his congregation live in several different villages that were some distance from his church. Whenever a believer was sick or in need of prayer, Pastor Jachin tried to be there. There was one problem, however: He had no personal form of transportation. Taking the public bus was costly, and it took a toll on his finances because he had to visit and encourage the believers nearly every day. The miles grew longer and larger as his finances became smaller.

Blessed by a New Bicycle

Pastor Jachin’s leaders saw his need and organized a bicycle distribution. In total, 13 Gospel for Asia-supported workers, including Pastor Jachin, received bicycles to aid them in their ministry. Like Pastor Jachin, they lacked a vehicle of their own and had to use public transportation whenever they needed to travel. Each worker expressed thankfulness for this blessing, recognizing their ministry would be less hampered by having the physical strain they previously endured be diminished.

Pastor Jachin was particularly excited that he was now able to more easily visit believers and further his ministry.

“I am so thankful for this bicycle, which is truly helpful in the ministry,” he says. “I can now immediately visit the believers for prayer when they call me.”

Like Pastor Jachin, thousands of other Gospel for Asia-supported workers have been blessed with a bicycle. They, too, were overwhelmed by the monetary or physical burden of travel and often felt their time and energy were consumed by the constant moving from place to place, leaving less for ministry.

Giving these workers bicycles alleviates their burden and also widens their scope of ministry, allowing them to touch more lives with the love of God. That is the impact of a gift so simple as a bicycle. Lives are transformed when one worker receives a bicycle, and now, many more will be touched with the love of God.

Learn more about bicycles, and how lives are blessed and changed through them. 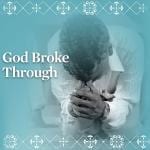 February 2, 2020
Gospel for Asia Paved the Way and God Broke Through
Next Post 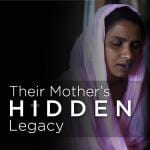