WILLS POINT, TX – Gospel for Asia (GFA, www.gfa.org) founded by Dr. K.P. Yohannan – Discussing a family torn by alcohol, opposition, and life-threatening sickness, and the legacy from the God who speaks bringing hope in the midst of despair.

In some ways, Oppilmani and Sadhya were typical of many South Asian children: They worshiped a traditional god, they couldn’t afford to go to school, and their family struggled to make ends meet under their father’s alcoholism. Yet for all their ordinariness, their mother, Naomi, knew something about their ancestry that could change their lives—if only she had the courage to embrace it. 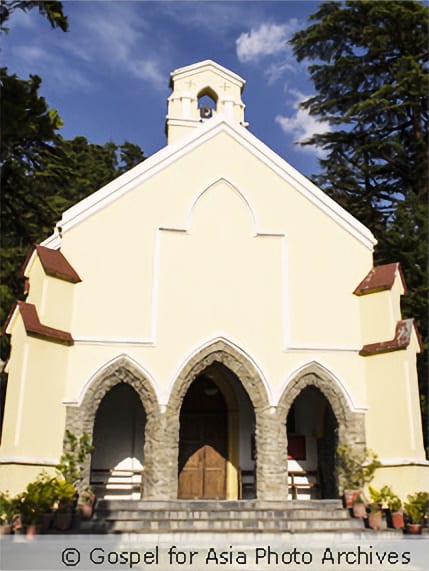 Before she was the wife of a man who spent all his earnings on booze, and before she was the mother of two children she couldn’t support, Naomi had lived a life that was anything but ordinary in her part of the world. Naomi was a Christian, and her parents were Christians, too.

Naomi grew up praying to Jesus as a friend and reading the Bible to know Him better. Her love for God was so great, it seemed natural that she would one day pass on her faith to her children. When it came time to arrange her marriage, however, such desires were forgotten by her parents.

The wedding was held in the church and followed all the Christian traditions, but at the end of the ceremony, Naomi walked down the aisle with a man who shared another faith. The next time she attended worship services, she would discover the full extent of his antagonism toward her love for Jesus. It would be years before she entered a church again.

It didn’t take long after the wedding for Tarak’s alcoholism to reveal itself. Although he found steady work as a truck cleaner, he always spent his paycheck getting drunk or buying cigarettes, leaving the couple struggling for basic necessities. When Oppilmani and Sadhya were born two years apart, that struggle only increased.

As they grew, the children would need even more—clothing, food, education—and Naomi knew she had no way to adequately provide it all. When she stopped to look at her life, all she could see was a mess. In her despair, however, she thought back to her life before, and with a penitent heart, she began to pray.

Tarak still disapproved of her faith in Jesus, so Naomi didn’t tell him she had repented of her neglect toward God, or that she was praying for their family’s restoration, or that part of that restoration meant Tarak’s sobriety.

When GFA-supported pastor Zaafir came to their village, though, she began talking with him frequently and even going to church again. She also found a way to help her children by enrolling them in the local Bridge of Hope center, where Oppilmani and Sadhya excelled in their studies and were given a new reason to hope for a better life.

For a short while, Tarak allowed Naomi’s revival, but soon his animosity returned. He began verbally abusing his wife when she attended worship services.

In the heat of constant opposition, Naomi lessened her church attendance, but she refused to give it up entirely. As she continued praying for her family, a bigger crisis began brewing in Tarak’s life.

Tarak had been drinking and smoking for years when breathing became difficult for him. It began as simple asthma but quickly progressed into something unmanageable. Waves of nausea overtook the father of two, and he began vomiting blood. Although he could no longer eat, Tarak continued to drink alcohol.

Within a few days, the family had to take Tarak to the hospital. The doctors said he had a serious lung infection, and he would die if he didn’t have an operation. After years of spending his income on alcohol, though, Tarak didn’t have enough money to be treated.

Heartbroken, Naomi, Oppilmani and Sadhya took Tarak home. All they could do now was prepare for life without a husband and father.

Oppilmani and Sadhya continued attending the Bridge of Hope center, but it was clear to the staff that something was wrong. When they asked Oppilmani the reason for his sadness, he explained his father’s condition and the surgery they couldn’t afford.

The staff encouraged the 12 year old, telling him Jesus could solve his problems, and they decided to pay a visit to the family.

God Speaks to Father through Bridge of Hope Staff

When the center coordinator arrived at Oppilmani’s home with two social workers, Tarak had thinned drastically and looked years beyond his age of 35. Still, the group shared from God’s Word and encouraged the family to ask Him for mercy.

As the staff shared, the Lord spoke to Tarak’s heart. He confessed his wrongdoings to God, and from that day on, a change began to sweep through the family.

Naomi was allowed to attend prayer meetings regularly, and along with the pastor and the other believers, she prayed for Tarak’s healing. Slowly, he began to recover, and he opened his heart to God. Now, instead of protesting his wife’s church attendance, he brings the children to church, too.

As Oppilmani and Sadhya learn about Christ from their pastor and their parents, they have a true hope of continuing their family’s legacy: raising each generation to serve God.

“Jesus turned our trouble into happiness,” Naomi says, “and we are ever thankful to Jesus.” 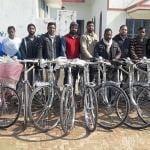 February 4, 2020
Gospel for Asia Shares How God Uses Us to Show His Love in Practical Ways
Next Post 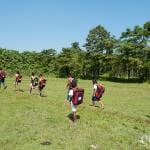 February 8, 2020 Alone No Longer Because of Gospel for Asia-supported Bridge of Hope
Recent Comments
0 | Leave a Comment
Browse Our Archives
Related posts from What Motivates Us.