The Power of Christ: Gospel for Asia and a Peaceful Sleep

WILLS POINT, TX – Gospel for Asia (GFA, www.gfa.org) – Discussing Gomin and his life of alcohol and abuse, and the transforming power of God’s grace through national missionaries sharing the hope and love of Christ.

Gomin didn’t know what to do. He had tried caring for his sons as best he could, but they wanted their mother. Shame washed over him at the thought of trying to bring her back. The whole community knew it was he who had run her off and proved once and for all that he was no better than his father.

Gomin had grown up with parents who closely followed their traditional Asian religion. Their house was filled with images of their god, and every month they traveled to their place of worship to receive blessings.

Gomin’s parents encouraged him to participate in their rituals to receive blessings and peace, but Gomin didn’t see any peace or blessings in his parents’ lives. His father was addicted to alcohol, and his mother tried in vain to break his habit.

Gomin, 27, had no use for his parents’ religion, and neither did his brother, who had abandoned the religion to follow Jesus Christ. This pain, added to their father’s addiction, caused anguish so great that his mother threatened to commit suicide. When nothing changed, she followed through.

Gomin was devastated by his mother’s death and lost all interest in life and hope for his future. His father dealt with the death by drinking even more. Slowly Gomin began to turn to alcohol as well.

Man Gets Married to Fix Problems 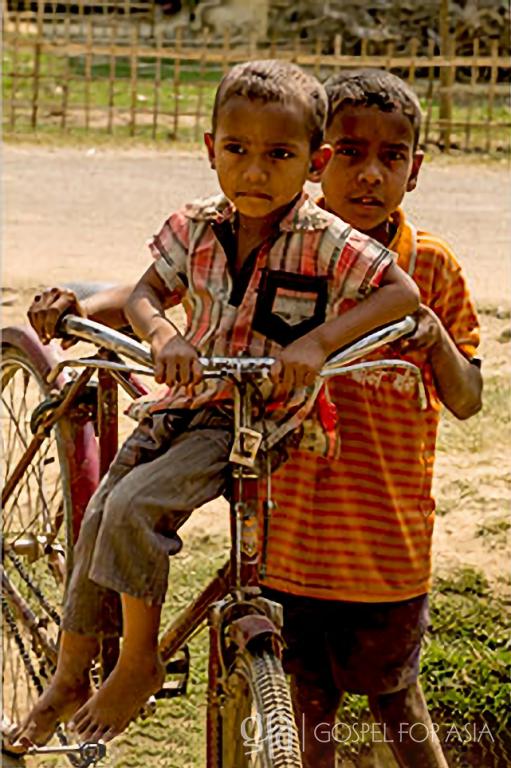 Gomin’s relatives suggested he get married to help make him happy. He took their advice and married Ronelle. Gomin and Ronelle were soon blessed with two beautiful sons, which brought Gomin happiness, but he did not stop drinking.

His wife tried to counsel him saying, “It is not good for your health, and it’s a bad habit. Please stop drinking.”

Gomin faithfully promised, “OK, from tomorrow onwards, I will not drink.” But the next day nothing changed.

Gomin’s problem with alcohol increased, and he began to beat Ronelle. The violent turn drove her to return to her parents and leave the boys with Gomin, as was culturally expected.

The boys were distraught at their mother’s departure, but Gomin could do nothing for them.

Meanwhile, strange things began to happen at night, and though he couldn’t get his wife back, it became clear Gomin had a new resident in his house who had no intentions of leaving.

It started one night while Gomin and the boys were in bed. Gomin felt like someone had entered the room. He got up to see who was there but found no one. This continued every night. Once it felt as if someone was tickling his entire body.

These nightly torments left Gomin unable to sleep at home, so he began to sleep at his brother’s house. He sought help from witch-doctors and offered sacrifices in hopes of deliverance, but he continued to face the same problems. Finally, he was so discouraged he lost all hope and decided to leave his house forever. 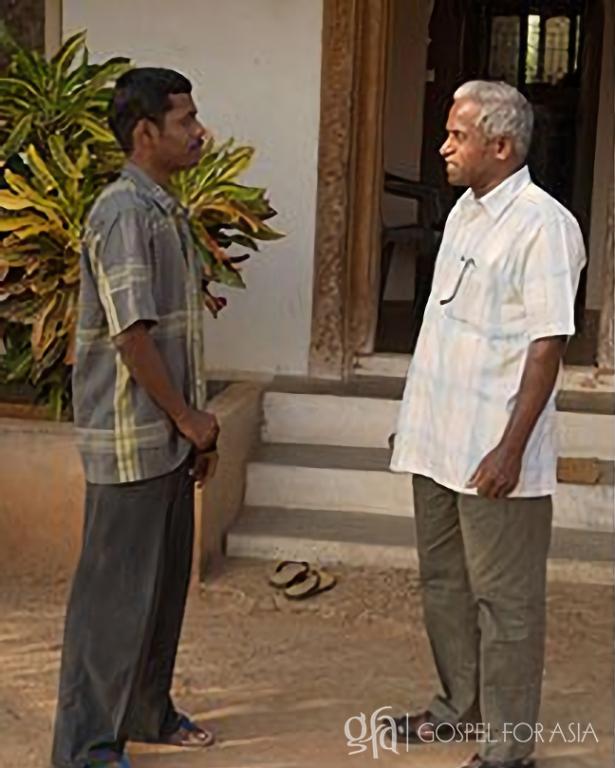 In the midst of Gomin’s trials, a Gospel for Asia pastor named Atish came to Gomin’s brother’s house. Gomin had met the pastor before, but at that time, he hadn’t been interested in what he had to say. Now, with his wife gone and his nights filled with terror, he was ready to talk with the pastor.

Pastor Atish listened to Gomin as he shared all his problems. Then he shared the love of God with him and encouraged him from the Bible. Gomin asked Pastor Atish to pray for him.

“Everything is possible with Jesus, but you have to believe in Him,” Pastor Atish said, “then He will deliver you from this demonic affliction.”
“Yes, I believe in Jesus. I want to welcome Him into my life,” Gomin replied.

Pastor Atish prayed for Gomin’s family and also gave him some literature about Jesus, including a New Testament.

Pastor Atish continued to pray for Gomin, and after a week of praying, Gomin was completely freed of the demonic attacks at night.

Over the next six months, Pastor Atish continued to visit and pray with Gomin and his sons. Gomin became a completely different man—even the community took notice. He no longer drank any alcohol, and there was peace in his house.

Gomin even got the courage to go with Pastor Atish to his in-laws’ home to ask Ronelle for forgiveness. Seeing his new life, Ronelle forgave him and went back home.

“I want to follow the Lord Jesus Christ who has changed my husband’s life and has made him a new person,” Ronelle soon told Pastor Atish.

Now Gomin’s entire family has come to know the love of Christ, and they regularly attend Pastor Atish’s church. They all desire to live for the Lord as long as life endures.

You can help make it possible for more families like Gomin’s to be restored by the grace of Jesus Christ. Sponsor a national missionary.

Source: Gospel for Asia Reports, No Better Than His Father 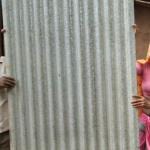 January 6, 2020
Gospel for Asia Builds a Way to the Other Side of the Showers
Next Post 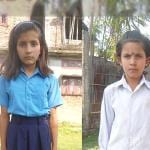 10 Toxic Traditions That Are Killing...
New Wineskins
Related posts from What Motivates Us. 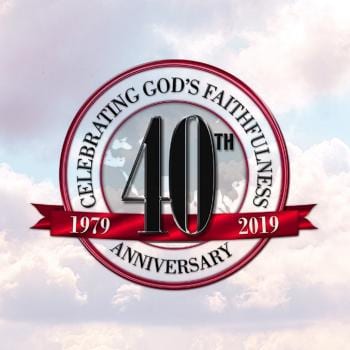 Evangelical
5 More Ministry Commitments of Gospel for Asia
What Motivates Us. 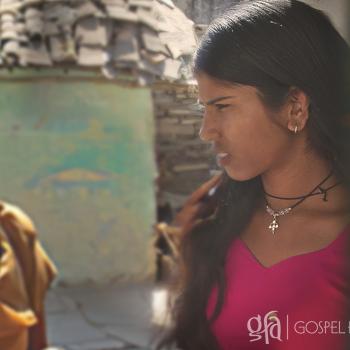 Evangelical
Gospel for Asia-supported Women Missionaries Breaking the Status...
What Motivates Us. 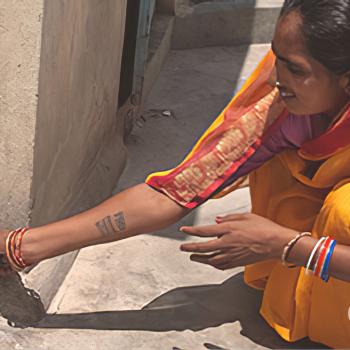 Evangelical
She Met Gospel for Asia-supported Missionaries. Then She...
What Motivates Us.

Evangelical
Gospel for Asia’s Gift of a Blanket Leaves...
What Motivates Us.
TRENDING AT PATHEOS Evangelical

Quote of the Day-- Miroslav Wolf
"I used to think that wrath was unworthy of God. Isn't God...
view all Evangelical blogs
What Are Your Thoughts?leave a comment
Copyright 2008-2020, Patheos. All rights reserved.