Gospel for Asia Finds Child Lost in a Sea of Faces

WILLS POINT, TX – Gospel for Asia (GFA World and affiliates like Gospel for Asia Canada) founded by Dr. K.P. Yohannan – Discussing Jishan, like many abandoned children turned to a life of begging in the streets, and the encounter that brought hope through Gospel for Asia-supported children’s home.

Three-year-old Jishan felt his grip on his father’s finger slip as the crowd jostled them in the marketplace. Suddenly, his father was gone. Strangers surrounded him.

Crying helplessly in the midst of the crowd, Jishan had no idea he would never see his father, mother or sister again.

In the years that followed, Jishan spent many days crying at street corners, hoping his family would find him. Instead, he found disappointment day after day.

Train Ride to a Life of Begging

When a kind man saw little Jishan crying in the market, he took Jishan home to care for him as his own son. Even at such a young age, Jishan’s religious beliefs were strong and contradicted those of his new family. The family treated him very well, but their different beliefs bothered Jishan deeply. Eventually, 9-year-old Jishan ran away and boarded a train bound for a major city.

Upon arriving, Jishan didn’t have a friend in the world. He had nothing to eat for the first two days in the city. To survive, he slept in the train station and partially appeased his gnawing hunger by begging.

“I used to miss my home,” Jishan remembers. “I used to think, What happened to my father? Where is he? I used to cry all alone at the station.”

At one point during the two or three weeks he spent on the streets, a group of boys beat Jishan in the middle of the night and stole the few coins he had earned through begging. Wary of everyone after the attack, Jishan isolated himself from others. But he did not go unnoticed—a loving eye spotted him among the multitudes packed into the city.

Gospel for Asia-supported Children’s Home: A House of Hope

One day, a lady approached Jishan. When she asked what his name was or if he was hungry, he barely answered her. The lady told Jishan about a place he could call home, and after listening to her for a little while, Jishan decided to trust her and accept her help.

The lady brought Jishan to a Gospel for Asia-supported home for street boys. When Jishan arrived, he met the men, women and other rescued boys who would become his family. The staff gave Jishan a bath, tasty food and his very own cot in a room shared with other at-risk boys.

The environment was new for Jishan, but he embraced it. The rooms were kept neat and clean, and there was structure to the days’ events. Jishan had fallen behind in his schooling since running away, and he earnestly wanted to catch up, so the staff arranged for him to receive extra tutoring.

The men and women serving at the boys’ home truly love the children they minister to. As new children enter the home, the staff recognize each child’s individual needs.

“[The children] are already depressed, they are downtrodden,” explained Manik, the project coordinator for the Gospel for Asia-supported boys’ home.

“They are not happy, and people despise them in the world outside. If we are not kind to them, if we do not show love to them, they will lose hope…and I don’t want that to happen to these children.”

The atmosphere in the boys’ home is that of a big family, with many “uncles,” “aunts” and “brothers” to learn from, play with and cherish. Children who are sullen or dejected when they arrive at the boys’ home soon learn to laugh again through the love shown to them day after day. Jishan quickly recognized this genuine love.

“Everybody here is my family member,” Jishan shared. “I don’t feel that this is an orphanage; I feel this is my own house.”

Once, when Jishan experienced trouble with his legs and became weak and tired due to illness, the staff ladies cared for him and served him in many ways. They provided medicine for him and even massaged his weak legs.

“I will never forget the way they have cared and loved me,” Jishan said. “They have served me more than a mother would do to her children.”

Jishan, now 16 years old, is a testimony of the love and encouragement the Gospel for Asia-supported staff pour out for the children at this children’s home. Their lives demonstrate gentle yet strong character, and Jishan values their direction and counsel.

“Had that sister not come to the railway station and not met me that day,” Jishan shared, “my life would have totally changed. I would have become very bad and rogue. If I had not met that sister, I would have been into criminal activities, drinking, consuming drugs, maybe stealing, even murdering. Who knows?

“One of the reasons I like the staff here at [the boys’ home],” Jishan continued, “is because even if I do [make a] mistake, they correct me . . . and I don’t feel bad when they scold me because I know that they are trying to correct me. They are trying to teach me what’s right and what’s not right. . . . I know they do it out of love and concern to make my future and my life [better]. I am very grateful and thankful to them.”

Jishan might be miles apart from his biological family, yet he has joy in his heart because of the love showered upon him in Jesus’ name.

Through the kindness and care Jishan received at the Gospel for Asia-supported children’s home, his ambition changed from simply finding some food to fill his stomach to becoming a cricket player and completing his education. What’s more, God’s love has been demonstrated in ways Jishan will remember the rest of his life.

Give other children the same opportunity to receive care and love by donating to the Abandoned Children Fund.

Source: Gospel for Asia Featured Article, Child Lost in a Sea of Faces

Learn more by reading the Gospel for Asia Special Report on Child Labor: Not Gone, but Forgotten – Millions of Children Trapped between Extreme Poverty and the Profits of Others 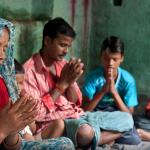 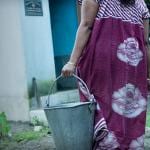 April 22, 2020 How Gospel for Asia Flushes Out Disease and Builds Dignity
Recent Comments
0 | Leave a Comment
Browse Our Archives
get the latest from
What Motivates Us.
Sign up for our newsletter
POPULAR AT PATHEOS Evangelical
1

Doubling-Down on Christian Persecution: The Cost...
The Chorus In The Chaos
Related posts from What Motivates Us.

Evangelical
Prayer with Gospel for Asia Pastor Unlocks Abundant...
What Motivates Us.
TRENDING AT PATHEOS Evangelical