WILLS POINT, TX – Gospel for Asia (GFA World and affiliates like Gospel for Asia Canada) founded by Dr. K.P. Yohannan – Discussing 71-year-old widow Bhranti, her struggle against the danger of malaria, and Christmas gift distribution of Gospel for Asia provides defense against malaria through mosquito nets.

n old, tattered net is all that separated 71-year-old Bhranti from the mosquitoes buzzing outside her home. Any one of those pesky insects potentially carried a historically feared disease: malaria.

Malaria killed more than 400,000 people worldwide in 2018. The World Health Organization considers mosquito nets among the most important measures taken to combat malaria. Insecticide-treated mosquito nets have helped lower the number of deaths in recent years, and they are the only protection millions of people in Asia have against the harmful disease.

But Bhranti did not have a good net.

Bhranti’s husband passed away more than 10 years ago. All four of her daughters married, leaving the widow by herself. Every night, the ragged net Bhranti used as protection against mosquitoes went over her bed. The older widow desperately needed a new net, but she simply did not possess the money to purchase one.

Blessed with a New Net

Our Pastor Sutak happened to be out ministering one day when he met Bhranti. After conversing with the pastor for a few minutes, Bhranti shared her situation with him. Hearing the widow’s story and seeing her tattered net, Pastor Sutak knew something needed to be done. Before he left Pastor Sutak encouraged Bhranti from God’s Word, saying her needs would be provided for.

By the grace of God, the local church held a Christmas gift distribution in Bhranti’s village later that year. There, the widow was presented with a brand-new mosquito net.

“I am so grateful to the [Gospel for Asia workers] for their love and care and for providing a mosquito net,” Bhranti says. “Now I do not need to worry about buying a mosquito net as I have received a new one.”

Bhranti’s previous fear of contracting malaria is gone, thanks to her new net.

Hear other amazing stories of struggling families in Asia that were aided in their defense against mosquitoes.

One simple way to fight mosquito-borne diseases like malaria, is to consider giving a needy family a simple Mosquito Net. Most households need several nets to protect everyone in the family. Help save them from sickening agony or death from malaria.

Source: Gospel for Asia Field Report, A Defense Against Malaria

Learn more about how generosity can change lives. Through Gospel for Asia (GFA World and it’s affiliates like Gospel for Asia Canada) and its Christmas Gift Catalog, gifts like pigs, bicycles and sewing machines break the cycle of poverty and show Christ’s love to impoverished families in Asia. One gift can have a far-reaching impact, touching families and rippling out to transform entire communities.

Read another Special Report from Gospel for Asia on Fighting Malaria – A Chilling Disease: Mosquito Netting and Malaria Prevention Combat a Parasitic Genius.

Learn more by reading this special report from Gospel for Asia: It Takes Only One Mosquito – to lead to remarkable truths about faith-based organizations and world health. 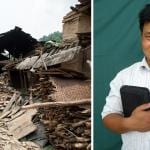 June 8, 2020
Gospel for Asia Takes Courage When the Ground Shakes
Next Post 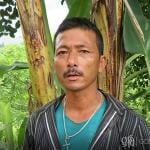