Gospel for Asia Takes Courage When the Ground Shakes

WILLS POINT, TX – Gospel for Asia (GFA World and affiliates like Gospel for Asia Canada) founded by Dr. K.P. Yohannan – Discussing Gospel for Asia Disaster Relief, the chaos and disaster the 7.8 magnitude Earthquake brought in Nepal in 2015, and the unflinching practical love through relief work and education through Bridge of Hope.

ll the believers began to scream and weep. I told them not to be afraid and also not to run outside,” said Pastor Pahil.

The Gospel for Asia (GFA) pastor thought their village, surrounded by hills, was experiencing a landslide. But when the shaking continued, he began to understand the reality of the situation.

Pastor Pahil and his congregation of believers were worshiping together when the first earthquake struck the country of Nepal on April 25, 2015. The frightened believers huddled together inside their simple church building, which was made of tin sheets and wood. Even nonbelievers ran inside the doors of the church, hoping to find safety. Pastor Pahil encouraged the people to pray as they waited for the chaos to end. Eventually it did—but not without overwhelming loss.

The earthquake registered as a 7.8 in magnitude and was the worst earthquake to hit Nepal in decades, resulting in devastation for much of the central regions of the nation. It took its toll on nearly all of the homes in Pastor Pahil’s village, causing cracks in the walls and shifts in the foundations. Four homes belonging to believers and two school buildings were destroyed. Six people died and 17 more were injured.

Many in Pastor Pahil’s village lived in fear after the first earthquake subsided. Rumors spread among them that the world was coming to an end and that another earthquake would finish the job. Pahil encouraged the people with Scripture verses, such as ones in Matthew 24, to calm their anxieties.

“[The earthquake] is just the sign of the last days. It is not the last day,” Pahil told them.

He assured them of God’s goodness and that He is the protector of His people.

As multiple smaller tremors continued to trouble the nation almost daily for the next few weeks, Pastor Pahil and many of the villagers moved temporarily to the grounds of a nearby hospital. There, in safety, the people became accustomed to the frequent, ground-shaking tremors. When another large earthquake hit the nation on May 12, they were unalarmed. The constant unrest and instability had become the most consistent part of the villagers’ lives.

Eventually the aftershocks died down. As people moved back to their villages and tried to pick up the pieces of their lives, Pastor Pahil and the congregation reached out to their neighbors through prayer and encouragement.

Compassion Services teams were able to provide Gospel for Asia (GFA) disaster relief, administering food, shelter and other items to the earthquake victims. Pastor Pahil and the believers also did what they could to help the many in need.

“We got more opportunities to meet, encourage and share [Christ’s love] with them,” Pahil said. People from the surrounding areas traveled to Pastor Pahil’s village in search of safety as well. Many of them had been forced out of their own communities by landslides triggered by the quakes. The believers shared their clothing, food and shelter with those around them. As time passed, people slowly began to rebuild their lives, yet the definite need for schooling still remained.

Bridge of Hope Provides a Future

With both school buildings destroyed and classes out of session, children were left with no way to continue their education. When Pastor Pahil recognized the need, he helped establish a Bridge of Hope center in the village. The center provided many children with tutoring, school supplies, uniforms and nutritious meals.

Two young boys, Sejun and Badal, joined the center. After the earthquake, Sejun and Badal had traveled with their families to Pastor Pahil’s village with nothing but the clothes on their backs. All of their belongings had been destroyed in a landslide. Everyone in their village was forced to relocate.

As the boys attended the center, the kindness and compassion of the Bridge of Hope staff greatly impacted the families’ lives. Soon Sejun’s and Badal’s families began to realize Christ’s compassion toward them. They are grateful for the help they received from the Body of Christ, especially after having lost much of their livelihoods in the earthquake.

Though the earthquake’s destruction was catastrophic, Pastor Pahil has an optimistic outlook on the situation. He’s seen the people in his village respond to God’s love and faithfulness in the midst of trial and tragedy. Through the believers’ tangible example of Christ’s love in their relief work, six villagers have decided to follow the Lord.

“The villagers’ attitude toward Christians . . . has been totally changed since the earthquake,” Pastor Pahil says. “Now they take us positively.”

God has shown His goodness in the aftermath of this tragedy, and He will continue to bring people to Himself as the nation recovers. Though the first earthquake to strike Nepal in 2015 occurred years ago, our workers are still on the ground helping communities and individuals rebuild.

Learn more about Gospel for Asia Disaster Relief Work, where our national workers serve victims of natural disasters, such as earthquakes, cyclones and floods, and how to help GFA Compassion Services teams provide things like food, blankets, medicine and other emergency supplies to disaster-affected people and villages across Asia.

Learn more about the Bridge of Hope program and how you can make an incredible difference in the lives of children, bringing hope to their lives and their families, transforming communities.

June 5, 2020
How Gospel for Asia Goats Fixed a Leaky Roof
Next Post 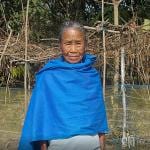