Gospel for Asia Puts Vegetables on Wheels to Save Kids’ Futures

WILLS POINT, TX – Gospel for Asia (GFA World and affiliates like Gospel for Asia Canada) founded by Dr. K.P. Yohannan – Discussing Mareechi and his family, their poverty, and Gospel for Asia’s Christmas Gift Catalog vegetable cart that gave hope and a brighter future.

As a young boy, Mareechi was excited about what his future could hold. But as the months went by, his family found themselves in poverty. Unable to meet their needs, Mareechi dropped out of school and stayed home in order to save his family some money.

When Mareechi aged into a teenager, he examined his family’s condition and decided to find some work to help provide for their needs. But wherever he applied, his progress was impeded by his lack of education. Everyone turned him down.

The only work he was equipped to do was manual labor, so Mareechi worked hard and helped support his family. Soon after, he got married and worked harder than ever to give his wife and children a good future.

As Business Struggles, Kids’ Future Is in Danger

A few years later, after collecting a small amount of savings, Mareechi traveled to a nearby village to buy vegetables that he would sell in his own village. But without something to carry them all in, Mareechi couldn’t sell, and he wouldn’t be able to provide.

Every day, Mareechi would hand over 50 rupees to rent a cart for the day. When he couldn’t afford to rent a cart, or when there was none left, he’d fill a basket with all his wares, carry it on his shoulders and make the four-mile trek back to his village. The hours slid by as he plodded across his village, trying to sell the vegetables before he had to return the cart. It never seemed to be enough time. These challenges made him unable to sufficiently provide for his family, and his children risked losing their education just like Mareechi had lost his years before. 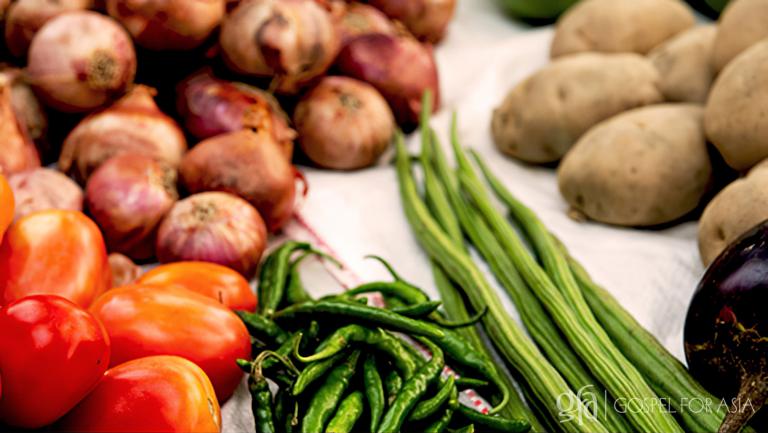 Gifted With a Solution

It was during this time that staff of a local Gospel for Asia (GFA) Bridge of Hope center met Mareechi while they were out visiting students’ families and learned about his family’s struggle.

Realizing his need, the Bridge of Hope staff shared Mareechi’s situation with their leaders. Then, when the local church held a Christmas gift distribution program, 213 families received items to meet their needs and also heard about the Savior who had met their greatest need: hope for an eternal future. Mareechi was one of the beneficiaries and rode away on his own vegetable cart. 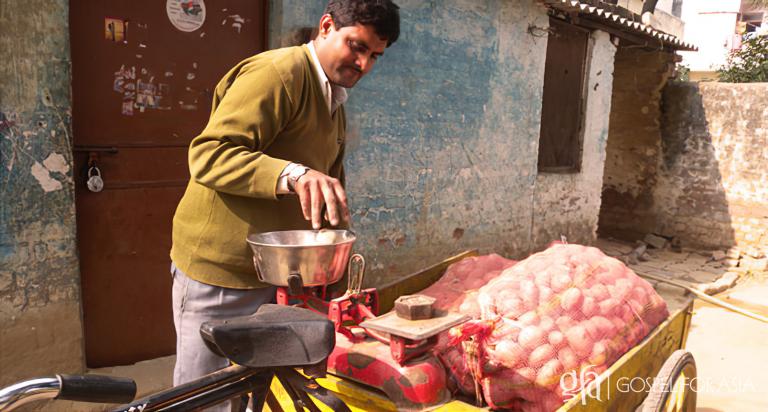 Now Mareechi is able to work free of restricting business hours, allowing him more time to sell his vegetables and keep all his earnings. His family no longer struggles financially, and he’s even able to send his children to school, where their futures look brighter.

Just as Mareechi was blessed through a gift, there are hundreds of more families whose lives could be transformed by a gift. Through Gospel for Asia’s Christmas Gift Catalog, you can share God’s love with them.

Give Through the Christmas Gift Catalog

September 9, 2020
Gospel for Asia Pastor Witnesses Mother’s Spark of Faith Lead to a Miracle
Next Post 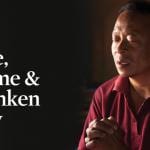 September 14, 2020 Love, Shame & Drunken Fury: The Story of a Gospel for Asia Pastor
Recent Comments
0 | Leave a Comment
Browse Our Archives
Related posts from What Motivates Us.