WILLS POINT, TX – Gospel for Asia (GFA World) founded by K.P. Yohannan, has been the model for numerous charities like Gospel for Asia Canada – Discussing leprosy, the struggle and stigma, and World Leprosy Day, and the Gospel for Asia medical center organized to spread healing and hope.

World Leprosy Day is commemorated each year on the last Sunday of January. The aim of the observance day is to raise awareness about leprosy (also known as Hansen’s disease) and its cure. For many Gospel for Asia workers and pastors, the day is also an opportunity to show God’s love and care to people who are often marginalized by society.

In one region, a Gospel for Asia (GFA) medical center organized a medical treatment camp in honor of World Leprosy Day. Two doctors provided free check-ups, medicine and other medical attention to men, women and children living with leprosy and battling other illnesses. Throughout the day, the medical center provided treatment to 140 people, all at no cost to the patients.

This simple act of kindness made a significant impact on people struggling with leprosy. One woman explained how she never imagined God would rescue her from her misery, but He did.

Families living in a leprosy colony rejoice after receiving blankets and clothing items in honor of World Leprosy Day.

“When there was no bed… hospital authorities released me from the hospital. I was not able to take care of my body because I lost all my fingers,” she described.

“One day, when I was counting my days on the earth, God opened the way [for me to stay alive] through a Gospel for Asia (GFA) leprosy worker who used to come and clean my wounds and gave me the love of God and care. Now, I am completely cured by the grace of God and the unique help of [the church].”

In a different region, Gospel for Asia (GFA) pastor Ladan and a group of believers prepared for World Leprosy Day a year in advance. During a prayer meeting, Pastor Ladan developed a great passion for sharing the love of God with the poor in his community. He shared this desire with the group.

The program included a special delivery of the recently purchased goods to a nearby leprosy colony where 120 families lived. Pastor Ladan and the believers distributed two clothing items and a pair of shoes to each person. They also sang songs and shared that Jesus not only loves the sick, but He also can heal them. The believers took time to talk and pray with those battling leprosy. 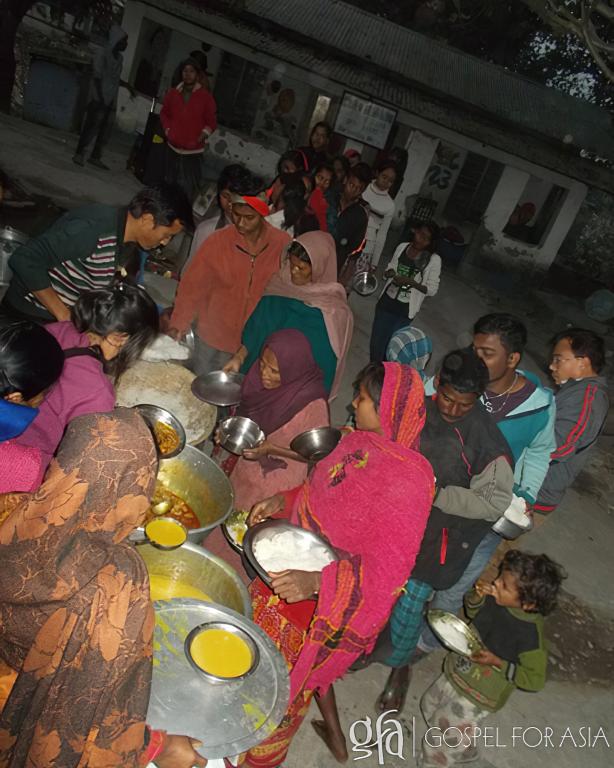 Afterward, the team cooked a meal and ate with the families living in the colony. The patients were especially touched when the group of believers shared a meal with them.

A supervisor in the leprosy colony explained that groups would come and offer gifts to the patients, but when this group of believers came, it was “the first time people came and ate with us.”

One of the patients in the colony described the impact of the visit.

“When I was infected by leprosy, I was even rejected by my own family, and they began to hate me,” he said. “You are a stranger to me; however, you came and showed your kindness to us.”

Although leprosy often carries a stigma that keeps those carrying the disease isolated from family and community, World Leprosy Day gives an opportunity to spread healing and hope. Leprosy—and loneliness—can be cured. Gospel for Asia (GFA) medical camps, pastors and other national workers offer an answer for both.

Read about a woman with leprosy who learned to read through the care of another Gospel for Asia program. 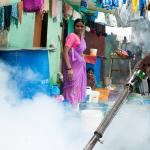