WILLS POINT, TX – Gospel for Asia (GFA World) founded by K.P. Yohannan, has been the model for numerous charities like Gospel for Asia Canada, to help the poor and deprived worldwide – Discussing the pain of leprosy patients, the suffering and isolation, and the healing and hope brought through Gospel for Asia Sisters of Compassion.

As Chablis awoke for the day, pain bloomed in her legs. Weighed down by both the pain and exhaustion, the 75-year-old woman slowly rose from her bed. Should she go to the train station today? Or maybe one of the bus stands? But each step Chablis took reminded her how much her wounds hurt. She wasn’t going to make any money today.

The Pain of a Leprosy Patient

Chablis suffered from leprosy, a chronic infectious disease that primarily targets the skin and nerves in limbs. Unable to see a doctor, Chablis bore constant agony from her festering wounds. If she would have seen one, she might have been able to stave off the disease—leprosy is easily curable if treated early enough.[1]

The older woman lived with 40 other leprosy patients in a small colony, separate from the rest of society and shunned for their disease. The only option for survival was to beg for alms.

Train stations, bus stops and other public places were the typical areas Chablis and her fellow leprosy patients roamed, hoping passersby would take pity on them. But Chablis was often unable to walk because of the pain in her legs and couldn’t go out to beg. At times, she couldn’t leave her bed. She had nobody to help her, nobody to look after her.

The leprosy colony rarely received visitors, but one day, a pair of women clad in simple white robes came walking in. Then the women did something even more strange: They helped the residents by cleaning their homes, preparing food and—most surprisingly—cleaning their wounds.

That was the day Chablis met two Gospel for Asia (GFA World) Sisters of Compassion. Sisters Prima and Serana worked in the colony for the next year, spreading God’s love among the leprosy patients. Prima and Serana prayed for each resident, hoping to bring emotional and physical relief in whatever ways they could.

Chablis, touched that these women cared about her, shared about her health and the pain she was experiencing. Prima and Serana listened and offered to pray for her. Every time the Sisters visited the colony over the next few months, they prayed for Chablis, asking God to intercede and relieve Chablis of her pain.

After four months of unceasing prayer, the Lord answered, and the pain Chablis had lived with for so long was completely gone. It was a miracle! She could walk. She could work in her home. She could take care of herself now.

Chablis’ healing introduced her to the love of God and the knowledge that He truly cares for people like her. Her heart desiring to know more, Chablis began attending the prayer meetings the Sisters held in the colony. Some of the other residents, having heard of Chablis’ healing, invited the Sisters to their homes for prayer in hopes that they, too, could find healing.

You can help change lives like Chablis’. Click here to see how you can actively touch the lives of leprosy patients through GFA World’s leprosy ministry.

Learn more about the Sisters of Compassion, the specially trained women missionaries with a deep burden for showing Christ’s love by physically serving the needy, underprivileged and poor.

Read more on Sisters of Compassion and Leprosy on Patheos from Gospel for Asia. 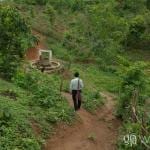 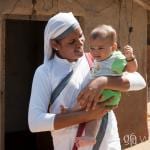