WILLS POINT, TX – Gospel for Asia (GFA World) founded by K.P. Yohannan, whose heart to love and help the poor has inspired numerous charities like Gospel for Asia Canada, to serve the deprived and downcast worldwide – Discussing the sickness brought by the lack of clean water, and the Gospel for Asia Jesus Well provides relief for both body and spirit.

The people needed water desperately. The old water pump provided by the village officials years ago was wearing out, resulting in an inadequate water supply in the hottest months and unsanitary water in the rainy seasons. Many villagers were contracting illnesses because of drinking the unclean water, while still more were struggling to get any water at all.

But these villagers needed more than just clean water—they needed living water. Severe sickness and daily disagreements among residents caused unrest to dominate the village as its inhabitants bickered with each other over various matters.

Between the lack of water and the lack of peace, the village people needed help and wholeness more than ever.

Gospel for Asia (GFA) pastor Mabon lived in a small village nearby, where he led a thriving congregation. One day, Kahua, a member of Pastor Mabon’s church, listened to his neighbor Abay share about his many struggles. Frustrated, Abay explained that he did not agree with some of the activities other villagers were partaking in, and he was doing his best to separate his family from these villagers.

Seeing Abay’s discouragement, Kahua shared Jesus’s love with him and prayed for him to experience the peace and joy of Christ. Kahua and Pastor Mabon continued visiting Abay, providing encouragement and care to him and his family.

Abay became more and more interested in learning about Jesus and began attending Pastor Mabon’s church with his family. Over time, the Lord worked in Abay’s heart, transforming his discouragement into hope, and he experienced the love, joy and peace of Jesus for himself. As he grew in his relationship with Jesus, Abay prayed more and more for not only the needs of himself and his family, but also the needs of his village: the need for clean water.

The Lord heard the prayers of Abay and other believers and prompted regional church leaders to install a Jesus Well in the village. The villagers, who had been plagued by sickness and lack of water, now had an abundance of fresh, clean water for drinking, bathing and washing kitchen utensils. Some of the villagers had been causing hardship for Abay, but now they were grateful for the Jesus Well and their improved health. Increasingly, villagers approached Pastor Mabon for prayer, eager to hear about Jesus.

This village, once inundated by disease in both body and spirit, now thrived from the clean water provided by the Jesus Well and the love shown by those who helped install it. Touched by the compassion and care they received, the villagers began showing each other that same compassion and care.

Learn more about how to provide pure, clean water to families and villages through Gospel for Asia Jesus Wells and BioSand Water Filters.

Read more on Clean Water Crisis and National Missions on Patheos from Gospel for Asia. 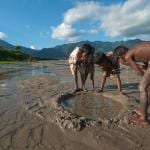 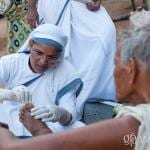