WILLS POINT, TX – Gospel for Asia (GFA World) founded by K.P. Yohannan, which inspired numerous charities like Gospel for Asia Canada, to assist the poor and deprived worldwide – Discussing Dora, a widow, her desperate need for her son’s affliction, and the power of the Scriptures that brought deliverance, peace, and joy.

After her husband’s passing, 56-year-old Dora moved in with her adult son, Caster. Dora was a kind-hearted woman who cared deeply for her friends and offered help whenever she saw someone in need. But when Dora’s good friend Athena told her about a church just a few blocks from her home, the dear widow failed to recognize her own need for a trustworthy God.

Dora thought she knew about the God her friend worshiped, and frankly, she was surprised Athena attended church. How could Athena worship this God instead of their ancestral deities? The typically quiet, reserved woman did not hide her disapproval.

Athena wasn’t surprised by her friend’s reaction, but she chose to respond with kindness and a soft answer. Athena described to Dora the timeless truths she learned from God’s Word and the wonderful ways in which God answered prayers and provided for her and her family. Athena lived out the truths of the Scriptures, treating her friend kindly and praying for her faithfully. She even invited Dora to come with her to a Women’s Fellowship meeting.

Still, Dora was uninterested. She hardened her heart and stubbornly refused to listen to the words Athena shared, not realizing it was those same words of hope that enabled Athena to patiently demonstrate God’s love to Dora.

Months later, Dora’s son, Caster, was attacked by an evil spirit. Dora was shaken. Her son needed healing, but she couldn’t help. She knew she didn’t have the answers to his problem. She thought of her friend Athena and the God who answered her friend’s prayers.

After ignoring Athena’s invitations, Dora could refuse no longer. She decided to visit the church around the corner.

Until that day, Dora had never heard the Word of God so clearly. Ultimately, it was God’s Word, which Dora was previously reluctant to hear, that gave Caster what he needed: deliverance from the harassing spirit.

Dora was humbled by the power of God’s Word, amazed at the joy, peace and healing the powerful words brought into her life. She began regularly attending the Women’s Fellowship with Athena and studying Scripture with the pastor’s wife. The more Dora learned, the greater transformation she recognized in her life. Both she and Caster found peace and joy.

Dora discovered God’s Word is pure and trustworthy. When she is in need, she can rely on it. Her trust in God continues to grow and she has resolved to live for the Lord as she learns more about Him through His Holy Word.

Read about the power of God’s Word to change a young man’s life for the better.

Join in prayer for the mission field, and for Women’s Fellowships, asking God to bless our sisters in the Lord and their areas of ministry.

Read more on Prayer and Women’s Fellowships on Patheos from Gospel for Asia. 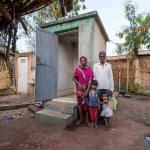 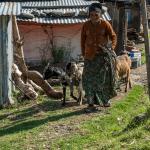 May 28, 2021 Medical Needs Taken Care of Through Prayer, Goats Received From Gospel for Asia Distribution
Recent Comments
0 | Leave a Comment
Browse Our Archives
Related posts from What Motivates Us.