WILLS POINT, TX – Gospel for Asia (GFA World) founded by K.P. Yohannan, whose heart to love and help the poor has inspired numerous charities like Gospel for Asia Canada, to assist the poor and deprived worldwide – Discussing Adalina, the worry and despair to provide for her family’s survival, and the sewing machine gifted through GFA pastor that brought relief to their lives.

Alone to Bear Their Burdens

At 34-years-old, Adalina had become the sole breadwinner for her family when her husband fell ill. Providing for her family of five took an enormous toll on the young mother, the stress thrusting heavy weight on her shoulders—and she bore it alone. No one offered to help the struggling family in their time of need.

When their roof leaked during the region’s rainy season, Adalina asked people for help, but none came.

Adalina spiraled into despair: The money she earned barely met the family’s basic needs; how could she repair her roof? Was there anything she could do to keep her family alive?

Relief Through a Sewing Machine

Sometime earlier, Adalina had received a free sewing machine from GFA pastor, Zaccheus, who organized a gift distribution to bless the lives of people in the community where he served. Adalina had only ever used the sewing machine to mend her family’s clothes, but then she had a sudden realization: She already knew the basics of stitching; maybe she could earn a better income by tailoring her neighbors’ clothes?

A month passed, and the demand for Adalina’s tailoring had grown to surpass her previous job’s earnings. She now made more than enough money to repair her leaky roof and provide for her family’s needs. Adalina thanked Pastor Zaccheus and the church; their willingness to care for impoverished families like hers touched her heart. Because of them, the worry and despair that had plagued her was gone, and the burden she carried to provide for her family, which depended on her, was not so heavy anymore.

Read another story of how a sewing machine helped ward off poverty from a family in need.

Learn more about GFA World programs to bring value, hope and love to women and their families, and break the cycle of poverty by helping through Vocational Training, Sewing Machines and Literacy Training.

Learn more about how generosity can change lives. Through Gospel for Asia (GFA World) and its Christmas Gift Catalog, gifts like pigs, bicycles and sewing machines break the cycle of poverty and show Christ’s love to impoverished families in Asia. One gift can have a far-reaching impact, touching families and rippling out to transform entire communities.

Read more on Sewing Machines and Poverty Alleviation on Patheos from Gospel for Asia. 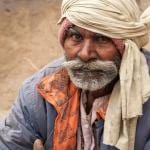 August 20, 2021
The Quest for Life Found in Scripture Through Gospel for Asia Pastor
Next Post 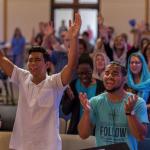