A Father Finds Hope and Healing for His Sick Daughter As He Befriends a GFA World Pastor December 30, 2021 GFA Staff Writer

Sherwynn sat by his 33-year-old daughter’s bedside, muted hospital sounds in the background. It had been several days since Chantiel’s admission, and yet a solution for her immense leg pain and swelling had not been found. There had to be some way his daughter could be healed, Sherwynn thought.

No Answers for Sudden Sickness

Chantiel was a mother of three and often joined her husband as a daily laborer to help provide for their children. One night, after returning home from a long day of work, Chantiel awoke from sleep with pain shooting up and down her left leg. Chantiel’s husband immediately took her to the hospital using what little funds they had. Doctors prescribed some medicine, but the pain only increased and was accompanied by intense swelling. Her family took her to a second hospital for better treatment, but still she found no relief.

Chantiel’s father, Sherwynn, visited her during her stay at the hospital. Seeing his daughter in the hospital bed made his heart sink. The medicine wasn’t working, and the doctors didn’t have any other solutions. Was there anything he could do?

Then Sherwynn remembered something: Maybe there was a place where he could find some help, where sick people went and left healed. The doctors couldn’t help, so Sherwynn took his daughter home and decided to pay one of his neighbors a visit. After listening to Sherwynn’s woes, the villager picked up a phone and dialed the man he knew could help.

Soon after, Gospel for Asia (GFA) pastor Sanbourne visited Sherwynn. The elderly father told the pastor of Chantiel’s sudden mysterious illness. As Sherwynn shared his story, he broke down into tears.

“Please pray for my daughter,” he pleaded. “I cannot see her [in] pain.”

An hour of fervent prayer later, Chantiel felt the pain leave her.

“I felt as if someone touched me,” she explained. “There is no pain in my leg anymore.”

Sherwynn and the entire family immediately rejoiced; finally, some good news after weeks of crushing worry. A week later, Pastor Sanbourne received a call from Sherwynn: Chantiel was completely healed. The pain and swelling had vanished, and she could walk and go back to work.

“I am so thankful to Pastor Sanbourne and [the believers] for their precious prayers and for helping me to know God,” Chantiel said. “I am truly grateful to merciful God, who gave me complete healing. Due to my sickness, I was unable to go for labor work, but now I am so happy because now I am going for my work and supporting my husband.”

The anxiety and fear Sherwynn had borne during the days Chantiel lay sick were gone, chased away by seeing his daughter healed through the ardent prayers of Pastor Sanbourne and the believers.

“I am indeed thankful to God for healing my daughter completely,” Sherwynn said. “Now we as a family will follow God.”

Read how another father found healing for his child through a film showing.

Learn more about the GFA World national missionaries who carry a burning desire for people to know the redemptive fatherly love of God. Through their prayers, dedication and sacrificial love, thousands of men and women have found new life in Christ.

Read more on Family and National Missionary Workers on Patheos from Gospel for Asia. 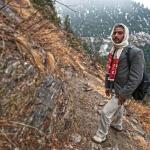 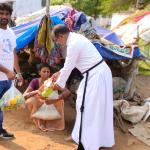 January 7, 2022 "I Have Not Cast You Away" Coronavirus Intensifies Hardships for Widows | Part 2
Recent Comments
0 | Leave a Comment
"Very wonderful website. As I look back over the decades of my life with KP ..."
Bill Bray Gospel for Asia Celebrates as Bride ..."
"Such a pathetic story about Bani and Kripal, and off-course about God's divine visitation when ..."
Sunday Ubah How Gospel for Asia Goats Fixed ..."
"Yes, but according to the lawsuit settlement agreement signed by both parties, “All funds designated ..."
Randall Mains Gospel for Asia Becomes a Tool ..."
"Didn't Gospel for Asia got sued for lying to donors on where their money is ..."
Christian Gospel for Asia Becomes a Tool ..."
Browse Our Archives
get the latest updates from
What Motivates Us.
and the Patheos
Evangelical
Channel
POPULAR AT PATHEOS Evangelical
1