Walking Between the Binary

It never ceases to amaze me how there are people who actively pursue a magical practice who fight so hard against the idea of change.

I recently attended TempleFest 2017, which is a fully-immersive pagan retreat hosted by the Temple of Witchcraft. While I was there I attended a panel of several pagans who I greatly admire and I listened to them speak about the idea of personal power versus self-enlightenment. While there were obviously differing opinions at times (a panel would be fairly boring if there wasn’t) everyone seemed to agree that to walk a magical path is to walk a path of change. The simple act of witchcraft is to utilize your Will in order to create change within the world. Often we, as the catalysts for this magic, find ourselves growing and changing as well. This is particularly true with those who seek initiatory traditions.

A witch is often described is as a walker between worlds. I personally incorporate this into all aspects of my own practice. When going about my day I weave in and out of this world and the next, this is something that I have done as a child and it is one of the things that led me to working a lot with spirits. I work this mindset into everything I do in life.

Walking Between the Worlds

I do not keep two lives. I live the life of a witch and therefore I am living magic. When I shower in the morning, make my tea, work with students throughout the day, etc. For me there is no divide between mundane and magical lives and a big part of that is because I always keep one foot in each. In order to reach great heights above, you must be firmly rooted below. We are constantly shifting between polarities. Nothing exists as a binary and even when we do acknowledge that things can be a spectrum, there is so much of that we may not be able to see or comprehend. That does not mean that those infinite possibilities between two points don’t exist.

As humans we are much more inclined to pick sides and stick to them. This doesn’t benefit us as growth does not happen within our comfort zones. For a long time I struggled with connecting with my body. I realized that a big factor in that feeling was that I was limiting myself to belonging to one thing; above/below, psychic/grounded, mundane/magic, male/female. Once I let go of those limitations and simply let myself be in my power the world opened up before me. These things were simply distractions and I had no reason to force myself to worry about fitting myself within them. There was bigger work to be done that demanded my energy. I quickly learned that there was a unique power to be had in reclaiming all of these things within myself.

Acknowledging the spectrum between everything is not always an easy path.

I challenge each of you to let go of your ideas of binary and to be walkers between the worlds. If each of us has the polarity of everything within us then we also contain everything that falls between. Choose a path that is right for you and walk it with your head held high. As long as your path is truly for your highest good then don’t let anyone or anything lead you astray.

Don’t fear the thoughts of those who refuse to see you for everything that you are, for in the words of the great Granny Weatherwax; “A witch ought never be frightened in the darkest forest…because she should be sure in her soul that the most terrifying thing in the forest was her.” – Terry Pratchett 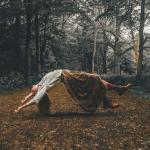 September 5, 2017
Missed Call From Your Local Spirits
Next Post 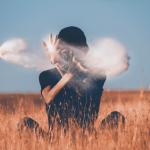 October 7, 2017 The Debilitating Power of "I Can't"
Recent Comments
1 Comment | Leave a Comment
"What a wonderful idea. I'm going to try this as I've already collected a few ..."
Kathy Reading the Bones & Developing Your ..."
"This is a fascinating introduction, thank you! I do not yet have a good enough ..."
Laurie Reading the Bones & Developing Your ..."
"You might enjoy my essay on druidry.org about wild-crafting your own local druidry-https://www.druidry.org/lib...I've been developing ..."
Gordon Cooper Reinventing the Wheel: a Modern Folk ..."
"I look forward to reading about your practices. Subscribed!"
Aimee Reinventing the Wheel: a Modern Folk ..."
Browse Our Archives
Related posts from Hawthorne and the Rose