A large number of Pagan religions, and even more so the Polytheistic religions, are based on ancient religions that died out, or came so close to dying out you can barely tell the difference.  The thing that many of our religions have in common is how rooted in the past they are.  And so the bulk of our practices and beliefs rely on the study of history, poring over ancient texts or translations of them, leafing through the pages of new books about history, searching news sites and museums for anthropological evidence of our religions pasts.

But the importance we place upon what is gleaned from the past differs from one person to the next, one tradition to the next.  Some people pay little attention to history at all, getting all of their information from modern day Polytheists and hoping that it all works out.  Others go to the other extreme and pay little attention to the modern ways and focus exclusively on the ancient ways, striving to reconstruct what once was – whilst remembering some modern things are better (there is no escaping that slavery is bad for example).  The rest of us generally sit somewhere in the middle, maybe a little more traditional, maybe a little bit less.

It’s a good idea to figure out where your line is, if you even have a line, so you can figure out what you might need to do to develop and refine your beliefs and practices.

It’s Not About Taking Sides

There is no right way to approach our religions, when it comes to this sort of thing.  Traditional isn’t better than modern, modern isn’t better than traditional. At least not in the overall sense – only on the individual level is one thing better than another.  Finding your line isn’t about taking sides or deciding that how another person approaches polytheism is wrong.

Finding your line, your approach, is all about figuring out where you will draw your information and inspiration from.  It’s about finding out what matters to you and what doesn’t.  If you are more traditional than modern, then you will probably want to avoid certain things like modern festivals.  If you are more modern than ancient, then you may prefer to know about modern festivals and ignore the ancient ones.  Knowing which one you prefer, if any, will be helpful to you and others.

If you decide to ask a group of people for help finding a festival for say the winter solstice, then it will help you and them if you can specify what you want.  By specifying that you want an ancient winter festival, people will know not to refer you to the Heliogenna festival.  But if you want a modern one (or don’t care either way) then people will know they can refer you to the Heliogenna festival.

It’s a simple thing really, but it can make a massive difference in the development of your religion.  Not to mention, it can help prevent all sorts of annoying arguments, because yes, people will argue over what is better – ancient or modern – even when you don’t care.

Recon is Too Limiting

For me, Recon is too limiting in what can be done and can’t be done.  There is so much information that we don’t have access to, either because it’s hidden away in the back room of a museum or because it disintegrated over the millennia since its creation, or perhaps it was just never recorded.  Either way, there is a lot of information missing – which means if we rely exclusively on what we know of the past, verified historical information, we will have a very limited practice.  To me, that just smacks of emptiness.  I think I would end up filling in the gaps with stuff that means nothing to me at all, and I already know where that will lead – to a hatred of my practice.

There is also the problem of the past being so different to the modern day.  The more extreme forms of Recon are completely against the idea of applying modern attributes to the Gods.  Hermes, Hephaistos and Prometheus, for example, cannot be the Gods of the internet because the internet didn’t exist 2000+ years ago – despite the fact that as the Gods of communication and/or technology, They surely can be recognised as such.

Being too caught up in the past, to me, is limiting the Gods as well as ourselves.  And I can’t be part of that myself.

Australia is Not Traditional

I’ve written quite extensively about the differences between the southern hemisphere and the northern hemisphere – opposite seasons, the moon looks backwards and upside down, the sun “moves” from right to left, deosil and widdershins are opposite down here, and more.  These differences have more of an effect on a traditional religion than some people might imagine.

How can I celebrate the harvest festival when it happened 6 months ago?  Actually, how can I celebrate it when there is no harvest in my actual local area?  This is dairy country, the only harvest we have is the harvest of hay and silage for the cows.  I’m sure that is totally traditional.  This is true for everyone who doesn’t live in the country of their religions origin.  When it comes to nature, things are different from one country to the next and even one postcode (zip code) to the next.

I just can’t force my country and region to adapt to my religion, when it makes so much more sense to do it the other way around.

But History Does Matter

I can’t get around this fact either, I can’t deny and don’t really want to try anyway, that the past informs us in ways that the modern day cannot.  Without our information from history, we wouldn’t even know the names of our Gods, what They liked, what They did, what people did to worship and honour Them.  Knowing about the history of our religions does matter, it is important.  I can’t be on the modern side of things either.

Without history to inform us about these religions, our religions today would be extremely empty.  And I have to be honest, Recons themselves play a large part in making sure our religions are not empty.  It is people who are focused on the past so deeply who have invested so much time into making the past come to life, making our dead religions become living traditions.  Historians and anthropologists want information, they aren’t seeking to recreate things – it’s the Recons who do that.  And they are the ones who make sure the rest of us have something to begin with.

And not everything out there is nice, not everything is honest.  There are beings and entities out there who might pretend to be other than what they are.  They might pretend to be some deity and trick you into a world of hurt.  It can happen – knowing about our deities by looking at history can help us know what to look out for.  If a deity approaches you and is completely the opposite of what history says they should be – I’d not be so quick to assume they are actually being honest with you.

I came across this little gem of a blog post some time ago and I have to say, this is one I identify with the most.  I like my religion and practice to be informed by and inspired by the past – but I am at all times mindful of the fact that I am in the present, the modern day.  And I am in a country that existed outside of the knowledge of the ancients, full of things that they couldn’t have even imagined.

But they can show me how they adapted to other new lands back then.  They can tell me how they figured things out.  They can give me ideas and thoughts and a place to begin.

I cannot be Recon, but I cannot be so modern that I just make things up out of thin air, without the past informing me.  I am totally in the middle.  As always. 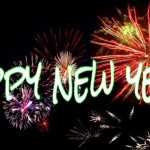 January 2, 2017
On Resolutions and New Year Goals
Next Post 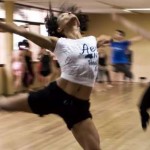 January 10, 2017 The Power of Music and Dance
Browse Our Archives
get the latest from
Pagan
Sign up for our newsletter
POPULAR AT PATHEOS Pagan
1