On Resolutions and New Year Goals

Like many people I have many times over the years tried to begin my year with resolutions and goals for the new year, most of which end up on the wayside, because ugh! Why did I even add that to the list?  2016 was an interesting one for me though, I actually accomplished many of my goals and resolutions, and those were the ones to do with my religion.

I guess reading is on a lot of peoples lists – read more is usually what I would expect to see.  For me though, my goal in 2016 was not to read more, but to read more Pagan and related books.  Less fiction, more non-fiction and reference.  If you look at my Goodreads you see I didn’t read very many books at all in 2016! Usually I would read over 50 books in a year, but 2016 it’s like 10 books on my “Read” list.  It is difficult to read books when you have an infant, then crawler, now toddler! Plus homeschooling a 9 year old and 7 year old, things get busy.

On my Goodreads (and indeed on this blog, I reviewed some of these) I list that I read,

Plus a couple of fiction books (there would be more of these, I always forget to add the ones I read to the kids, only two are on the list).

Well, even by this tiny list I actually did read more Pagan stuff than usual.  Yeh I have been lax over the past several years when it comes to non-fiction books, so 7 of them in one year is actually an improvement.  But it also doesn’t reflect reality.

If you look at my blog posts over the year you might see I have written a lot of stuff that requires reference to a lot of different texts, mostly classical.  So not listed on Goodreads are things like Aeschylus, Hesiod, Homer and so many more like that.  I can’t even say how many of these texts I have read in part and in full.  30 or more would be my guess, but it could be way more than that.

So this one? Yeh, done and dusted.  I definitely read more Pagan stuff and less fiction this year.  Even if my Goodreads doesn’t reflect this.

My main goal for 2016 though was to increase my religious practice.  For the most part of the past few years my practice has consisted of Hearth Witchery, which is mostly incidental and mundane looking, so quite easy to do.  For 2016 I resolved to do more rituals, practice more and learn more.  Just increase everything as much as I could.

This one is a definite pass! I set up my shrine and altar, finally.  I slowly increased my formal rituals each month until I am doing something pretty much every day or so.  I had a few bad times, like one time where I was rundown with a flu and a bad back at the same time for about a week and decided it would be best to do no rituals at all.  I wouldn’t be able to get into the mindset, I would’ve messed things up and that’s not a good thing.  So it hasn’t been perfect, but it has been way better!

When it comes to learning more, well just refer to the above part about reading goals.

This was an interesting one in how it worked out.  I decided I needed to write more in 2016.  I was going to do this on my forum website The Pagan Veil but then I realised that I wasn’t going to be able to keep that site open for much longer (it closed in May). So I set up a blogger blog and got to writing, with the goal of at least twice a week, write something, anything, to do with Pagan stuff.  As part of this I also resolved to read more Pagan stuff online, blogs and the like and interact on those blogs.

So I did all of that and I ended up commenting on one particular blog post on Dowsing for Divinity, where I was asked to share a link to a relevant blog post of mine.  Things happened and I was asked to start writing here at Patheos.  I try to take my responsibilities seriously, if I agree to do something then I will strive to do it.  Thus my goal of writing more became an obligation instead of just a goal.  When I say obligation I don’t mean that in a bad way, I like what I have been doing, so it’s a good obligation and the fact it is an obligation means even when I am not feeling like writing, I am forcing myself to do it anyway.  It’s been good for me.

So did I write more this year? Gods yes! Apparently I am one of the hardest working bloggers on the Pagan channel this year, and in August I did the shocking thing and wrote every single day, sometimes twice a day.  Which was bloody hard and I won’t be doing that sort of blog challenge again.  But it was fun as well, I have no regrets.

Those are the three main ones that relate to Paganism, but there were other smaller things as well, some of which are tied into above.  Like setting up a shrine and altar, getting good things for that shrine (a lovely Hekate statue is one of them), practice more divination and learn new methods.

I of course had non-Pagan goals as well, ones to do with homeschooling, ones to do with parenting and many of those went well too. Of course there were the usual obligatory ones that never pan out like eat healthy and exercise more haha.

Overall I am quite happy with how I dealt with my resolutions and goals for the year.  I was more successful than not successful, so I call it a win.

I don’t even know what my goals are for this year really.  Probably continue along with last years, reading Pagan books, writing more, practicing more and the like.  I think I will strive to read more fiction this year though, as the lack of it in 2016 wasn’t actually all that great.  Fiction is a good way to relax and have time off from everything, I need to do that more.  So I guess I need to find a good balance with my reading.

I suppose balance is what I might need to focus on this year.  2016 was quite hectic, and 2017 is certainly going to begin the same way because of reasons out of my control.  But at some point this year I hope I can find a better more workable balance between my various roles in life – as a mum, homeschooler, Hellene, blogger and just me.  2016 had many moments of one thing overtaking everything else.  August for example had me blogging every day and certain things got neglected elsewhere.  This isn’t a good thing, I need to make sure I can give everything equal attention most of the time.  It’s not easy, but I am sure I can find a way.

So I guess that is my main goal for this year.  Find the balance and give equal weight to all of the things that matter to me.  Also, I should probably eat healthier and exercise more.

Check back next year to see how I go with that. 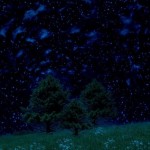 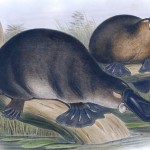 January 5, 2017 I Can't Be Recon But I Can't Be Modern
Browse Our Archives
Follow Us!