This is the first in a series entitled, “God’s Zodiac: The Gospel in the Stars.”

What if everything you were ever taught or believed about astronomy, horoscopes, and the Zodiac were false? What if the original Zodiac was changed to such an extent that no one knew its original meaning?

The daily horoscopes printed in newspapers, magazines, or online, have altered the original horoscope God inscribed in the heavens when he created the world.

In Primeval Astronomy, “The Gospel in the Stars,” theologian and Lutheran minister in Virginia, Maryland and Pennsylvania, Joseph Augustus Seiss, explains the purpose of the stars and their constellations in their original context.

According to a 1904 New York Times abstract, Seiss was long distinguished as a preacher and writer and founder of the The General Council of the Evangelical Lutheran Church in North America in 1867.

In a lecture entitled, “The Starry Worlds,” first published in 1882, he attests: “Such wonderful creations of almighty power and wisdom were not without a purpose.”

(Another beautiful image similar to the above image of Jesus at the center of the Solar Zodiac can be found  in a private 16th century monastery, Moni Dekoulou-Μονή Δεκούλου, in Aposkieri Mesa Mani, Peloponnesus, Greece. (Near Corinth.))

Seiss explains that stars and groups of stars, known as constellations, were created to fill the galaxy in a particular order for a very specific purpose. God created the stars (Gen. 1:16) and positioned them in their exact places in the universe (Ps. 8:3). Stars were, “for signs and for seasons, and for days and for years, in the expanse of the heavens to give light upon the earth.” (Gen. 1:14, 15)

Stars were so important that God named them.

“Lift up your eyes and look to the heavens: Who created all these? He who brings out the starry host one by one and calls forth each of them by name. Because of his great power and mighty strength, not one of them is missing.” (Is.20:26)

Consider the stars’ names and their meaning, which “all declare the Glory of God.” (Ps. 19):

In fact, the 24 brightest stars seen from Earth, are referenced in verses from Genesis to Revelation, Seiss points out.

These constellations are undeniably evident to everyone, Seiss argues, as does David throughout the Psalms.

Scripture is not silent: everything in God’s creation, he ordered with a specific purpose.

Mathematicians and scientists have discovered exact distances between the Earth and the Sun. The Earth completely revolves around the Sun in increments of 12– at an angle– every 365.25 days. The Earth routinely, every year, tilts nearest the Sun (perihelion) in early January and farthest from the Sun (aphelion) in early July.

Pointing to the writings and work of Cicero, the Chaldeans, Egyptians, Phoenecians, and to some of his more contemporary counterparts, Richer, Roberts, Dupuis, Clarke, Smith and Syce, Seiss explains that this mathematical precision, and God’s artistic illustration connecting each star, tell the gospel story. He notes that even before these men, others had, “observed, classified, grouped and designated the starry worlds, assigning them their names, marking their courses, and making them the bearers of wisdom the dearest and most precious ever made known to man.”

Because of their research and precision, he remarks, “the stellar glories took order, shape and readable meaning which the depravities of the after ages have not been able to set aside.”

Meaning, there is a traceable, original purpose in the stars.

Any story anyone ascribes to these constellations other than their true gospel meaning is false.

Not only are the star groups, “intensely symbolic and significant,” they also are founded on “indisputable astronomic truth.”

The same star groups are recognized universally among all traditions, cultures, and faiths. Through these symbols the story of the gospel was made known to everyone in every generation– and sadly, the perversion of it was also made known.

Throughout his lecture Seiss describes in detail the purpose of the constellations, the twelve signs of the Zodiac, the planets, the alphabet, and the “desire” of nations. He also references the discoveries of one of the foremost scholars of ancient classics, Frances Rolleston, whose work, Mazzaroth, was published in 1863. Rolleston’s pioneering research provided much of the insight knowable today, connecting ancient meanings to modern vernacular.

The gospel is laid out in pictures throughout the constellations of: a serpent, a cross, a dragon, a virgin, a seed, the serpent’s destroyer, conflict with the dragon, a lamb, a prince and kings, water, fish, sheep and a shepherd, warriors, and a lion.

The stars are a continual reminder that the Seed of the woman (depicted in Virgo) will ultimately triumph over the Serpent. (Gen. 3:15) God’s revelation is constantly told in the stars (Ps. 19) — which is a message of salvation — available to every generation who professes faith. The entire ancient world received the message of the gospel prior to Christ ever being born– through the stars.

Twelve articles explain the biblical meaning behind each of the twelve signs of the Zodiac, their star groupings, and their part in telling the gospel story. The constellations are categorized into three groupings.

The Fruit of His Work and Mediation, the body of people spiritually born to Him through faith:

Aquarius: The Pouring Out of the Holy Spirit & Living Water (January 20-February 18)

Pisces: Fishers of Men and the Persecuted Church (February 19-March 20)

The final consummation of the Redeemer who is reunited with His Redeemed:

Gemini: Whose binary star points to Jesus of Nazareth (May 21-June 20)

Other articles connected to this series focus on the Lunar Zodiac, the Bethlehem Star, and other aspects of astronomy. 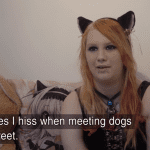 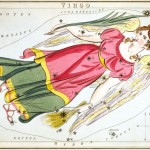 Pop's Lessons-- Part Forty
The following are the lessons of someone who lived through the crash...
view all Evangelical blogs
Copyright 2008-2021, Patheos. All rights reserved.
Close Ad