Does the horror film “You’re Next” portend the end of America?

Anyone familiar with Rene Girard and mimetic theory will know that one of the signals you’re reading a persecution text–a text that seeks to obscure or distort communal violence against a sacrificial victim–is a breakdown in distinctions necessary to the social order. This leads to a crisis situation, because if such distinctions dissolve, the community is now vulnerable to the runaway violence the social order was designed to constrain.

The story of Oedipus is a perfect example. A plague has descended upon Thebes. In mythic texts, plagues, fires and floods are like a code indicating that society is about to be overwhelmed by runaway violence. In order to avert disaster, the cause of the breakdown must be found. More often than not, this leads to the second stereotype of persecution: accusations against a victim (or victims) who is found guilty of committing crimes that have lead to the societal breakdown. In the case of Oedipus, he is accused of both patricide and incest, clear violations of the social order. 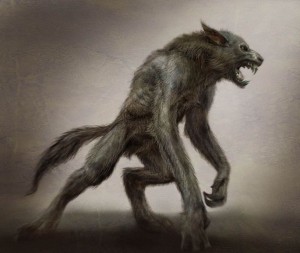 Such accusations are often followed by the third stereotype of persecution: depictions of the culprit as something less than human or perhaps even as a parahuman–a combination of man and beast. Classic examples include the Minotaur, the werewolf and witches, who were purportedly able to transform themselves into various animal forms. According to Girard, this blurring of the lines between man and beast is another dead giveaway that the social structure is crumbling. Seeking to restore order, the community’s anxieties collect around the sacrifice of the victim or scapegoat, in the hope that his or her death or exile will end the crisis and restore order.

With this background in mind, I find it interesting to consider the upcoming home invasion horror film You’re Next, which comes out August 23rd. According to early press materials, it’s about a family reunion gone horribly wrong when a group of axe-wielding murderers dressed in animal masks crashes the party. Little do the murderers realize one of the family members–a young woman–is about to unleash her own lethal versions of the anti-theft devices McCaulay Culkin mastered in the Home Alone movies.

While home invasion movies and masked mass murderers are nothing new, the animal masks struck me as something distinctive, especially in light of Girard’s persecution stereotypes. Clearly, the filmmakers mean to portray the murderers as sub-human or even parahuman. Consider the tagline “This August, the animals will hunt… you.”

Having spotted one stereotype of persecution, it’s only natural to look for others. I haven’t seen the film, but I’m guessing the family is probably undergoing some kind of crisis, which this reunion brings to a head. The social order is breaking down, and I’m willing to bet the female antagonist is being blamed for the discord. However, the murderous attack unites the family against the killers, thus enabling them to overcome their internal conflicts and restore order. So while the killers start out victimizing the family, eventually they become sacrificial victims themselves. (Note that one of the killers wears a lamb mask. A sacrificial lamb, perhaps?) And the family can feel good about killing the murderers, because their deaths are completely justified in light of the killers’ horrific acts against the family. A classic persecution narrative. 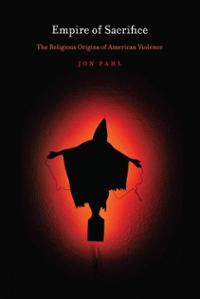 Seeing as I have no idea what motivated the killers to act out in the first place (Were they victimized by the family or one of the family members in the past?), there really is no way to referee such claims and counter-claims of innocence and victimization. But it does make me think of the connection John Pahl draws between dominance and innocence in his book Empire of Sacrifice, where he notes that “Those who dominate and win try to find ways to prove their innocence,” hence the need for persecution texts, which seek to obscure or distort the community’s violence against the scapegoat by blaming the victim. Like most violent conflicts, I suspect what we’ll find here are competing victim narratives with both sides depicting the conflict in a way that justifies their violence.

Pulling back from the literal home invasion scenario, I wonder what this story represents on a metaphorical level. Seeing as works of art often manifest collective hopes and fears of which even the artists themselves may not be aware, what’s actually lurking behind the horrific events depicted in this film? Could the idyllic family retreat represent America and the home invaders some kind of foreign threat? I find it telling that one of the terrified family members says, “Why would anybody do this?” That sounds eerily similar to post-9/11 questions of “Why do they hate us?” This is the perfect family enjoying the perfect weekend together. For them to enjoy such idyllic comfort, who is paying the price? Have they finally come to collect? Is this a film that subconsciously seeks to justify violence against anyone who would dare to puncture America’s idyllic self-image or, worse, use the very tools that assure or represent America’s dominance against them? 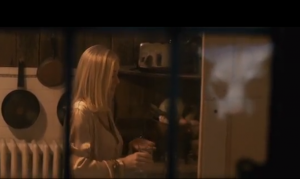 Or, to take things in another direction, does this film speak to our fear that the veneer of civilization masks an animalistic propensity for violence that the slightest provocation will unleash? (The screenshot to the left seems to suggest such a connection.) Until I see the film, I can only speculate. But viewed through this lens, even the title seems to portend an end to American hegemony.

At any rate, I find it increasingly instructive to apply mimetic theory to literature, film and actual world events, which is why I’m planning to make it the focus of my next film project, a four-part documentary mini-series tentatively called “Violence & the Sacred.” If this post whets your appetite, I strongly encourage you to investigate mimetic theory for yourself. This radio series is a great place to start.

March 22, 2013
"Hellbound?" to screen at Colloquium on Violence and Religion
Next Post