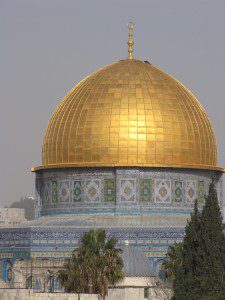 The discussion over the controversy surrounding the Muslim Leadership Initiative continues. Last month, I compiled a series of articles, videos and links of the debate, which can be found here. There has been more discussion  in the last few weeks to warrant a second round of Linksies, which I’ve compiled below. These links include discussions about ways to handle in-group disagreements, the nature of solidarity, the interfaith dimension, the political nature of Palestinian statehood, and a deeper dive into political strategy that moves beyond boycotts.

After Abraham, Before Peace: Navigating The Divides

Arab Israeli Teens Seeking to Define Their Own Identity

Why I Went to Israel

I’m Not a Palestinian. I Can’t Tell You About Palestine.

MLI, Faithwashing, & Why the Palestinian Narrative Can Never Be Ignored

Response to MLI Controversy: We Are Family

Is Interfaith Work Between Muslims and Jews Possible?

MLI Controversy: We Are Family

Muslim Leadership Initiative: Love Me or Hate Me

Finally, the Canadian religious scholar Dr. Ingrid Mattson, a professor, and interfaith activist weighed in on the rancorous discourse over the MLI controversy with this succinct tweet, echoing the Prophetic teachings on disagreements among Muslims. 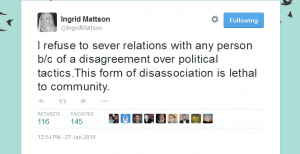 January 28, 2015
Why I'm not mad Michelle Obama didn't wear a veil in Saudi Arabia
Next Post