Yes, I Am a Christolator

A little while back, when I was beginning my series on the Beautiful Gospel of WHEAT, my dearest detractor (who writes under the pseudonym of “H.A. Parker”) posted a rather lengthy critique titled “Chuck McKnight vs. the Bible.”

I have no intention of responding to the majority of what he has written, as most of it is simply a misrepresentation of my beliefs. I won’t defend a straw man, and I have confidence in my readers who know what I believe to see through his false claims without problem.

But I do want to respond to one claim in particular: the charge of “Christolatry.”

Parker is under the impression that he “coined this term” in response to my posts. Here’s the definition he gives:

The practice of espousing falsehoods under the banner of Christian doctrine, ones which are entirely independent from the authority of Scripture. Simply put, this is the practice of espousing an idolatrous Christ which bases itself neither on the Totality of Scripture, including its role as authoritative and inerrant, or the Analogy of Faith, which consequentially gives its’ entire meaning as a rightful supreme ruler, but rather an adherence to arbitrary views that hinge on someone’s notion of what Christ ought to be.

That last sentence is actually his, not mine. A mouthful his words are, but an accurate description they are not. His definition is neither accurate to what I believe, nor is it accurate to what constitutes Christolatry.

I’m not sure exactly when the term “Christolatry” was first used, but a quick search revealed that it dates at least as far back as the nineteenth century. It means “the worship of Christ,” and has generally been used as a pejorative term against orthodox Christians by those who reject Christ’s divinity.

Since I do worship Christ and affirm his divinity, I’m more than happy to accept the label of “Christolator.” But I want to press into this term a bit further.

“Christolatry” comes from combining the words Christ and idolatry. And an idol is an image (graven or otherwise) made to represent God. The Mosaic Law forbade idolatry because no man-made idol could ever represent God accurately. Any attempt to so depict God would in fact be a distortion of God.

However, when the Word of God became incarnate as Jesus, we learned that “He is the image of the invisible God” (Colossians 1:15, NRSV), and that “The Son is the radiance of God’s glory and the exact representation of his being” (Hebrews 1:3, NIV).

(As a fun side note, this is precisely why icons depicting Christ are not idolatrous. Jesus gave us in himself a visual representation of the invisible God—one free from the distortions of idols. So we may now depict Jesus as an accurate deption of God.)

In other words, as I’m constantly saying, Jesus is the only perfect revelation of God.

And so Christolatry (looking to Christ as the ultimate revelation of God) is the surest corrective to any form of actual idolatry—and this includes bibliolatry, which would have us take all passages of scripture as equally authoritative revelations of God, failing to give priority to the only perfect image of God revealed in Jesus.

So yes, because I worship Christ as divine, I am a Christolator (as are all orthodox Christians). But even more so, I am a Christolator because I believe that Jesus—and only Jesus—is himself the perfect image of God, revealing God with none of the imperfections or distortions that come from every other source.

Thank you, Parker, for pointing me to this wonderful term that I am happy to adopt, regardless of its pejorative intent.

And to my readers, will you join me? Will you too embrace Christolatry? 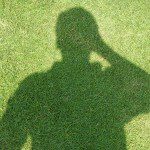 June 27, 2017
The Invisible Man and His Shadow (An Allegory)
Next Post 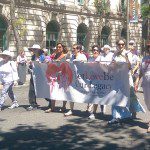 July 10, 2017 Faith Communities (and a Hate Group) at Bellingham Pride
Recent Comments
7 Comments | Leave a Comment
Browse Our Archives
get the latest from
Hippie Heretic
Sign up for our newsletter
POPULAR AT PATHEOS Progressive Christian
1