Has Inerrancy Become More Important than Orthodoxy? May 23, 2018 Chuck McKnight

This past weekend, I attended a small conference near Seattle on the theme of “Jesus, the Bible, and the Holy Spirit.”

The first presenter spoke on our tendency to become Bible followers rather than Jesus followers. As wonderful as the Bible may be, scripture is a means and not an end in itself. Jesus is the one we are to imitate and follow. In the Q&A after the presentation, a few folks pressed for clarification, but the majority seemed to be in general agreement with what he had to say.

The second presenter, my friend Keith Giles (whom I finally met in person for the first time at this conference), spoke on the nature of the Bible. If we are to fully embrace the revelation of God in Jesus, then we must reject the violent pictures of God that scripture at times portrays. In other words, we must deny inerrancy.

For myself, I was fully in agreement with Keith, but I seem to have been the only one. The negative responses were immediate and strenuous. Thankfully, the groundwork had been laid at this conference for disagreeing with one another in an amicable manner, so we managed to keep the disagreements from becoming heated arguments. But it was abundantly clear that the majority of those present strongly disagreed with Keith and me on the matter of inerrancy.

Now, here’s where things got interesting. I fully expect such a response when challenging the sacred cow of inerrancy. But I was not at all prepared for what happened next.

The third presenter spoke on the role of the Holy Spirit. And he started off by denying that the Holy Spirit existed as a third person of the Trinity.

I must admit, I didn’t catch much of his presentation after that. I was too busy being floored by what he had said and trying to figure out if he really meant what it sounded like he meant. In the Q&A that followed, I asked for explicit clarification, just to be sure I had not misunderstood, and he affirmed that he does indeed deny the Trinity.

And the most astonishing thing was that no one voiced any disagreement against him. Seriously, after getting lambasted for denying inerrancy (which is quite a recent innovation in church history), I was the only one to push back against denying the Trinity (which has been official Christian orthodoxy since at least as early as the First Council of Constantinople in 381).

We believe in the Trinity not because of the Bible, but because of Christian orthodoxy. We trust that this tradition of the church, passed down to us through the ages, represents a legitimate instance where the Spirit (and not the Bible) led the early church into the truth. But for this presenter, his belief in an inerrant and sufficient text led him to knowingly reject historical Christian orthodoxy, and he was okay with that.

Now, please understand me. I’m not a heresy hunter. I’m not out to pick apart this presenter, and I won’t name him for that reason. I disagree with him on this, but I don’t believe that it makes him not a true Christian—merely an unorthodox one.

But here’s the thing: Inerrancy caused him to reject orthodoxy. This much is undeniable. And the majority of people present at this conference seem to have had little problem with that. At best, they took far less issue with his denial of the Trinity than with Keith’s denial of inerrancy.

And while this small conference may not represent American Christians on the whole, it is consistent with where much of the conservative church in America appears to be heading.

It’s a serious question. Has it? 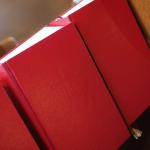 May 9, 2018
What Hymns Still Work for You as a Progressive Christian?
Next Post 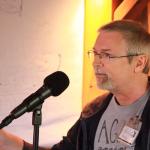 May 28, 2018 Keith Giles on Jesus and the Bible
Recent Comments
0 | Leave a Comment
"For me, there must be one truth, one set moralitywell you're barking up the wrong ..."
crackerMF Yes, Metaxas, Racism Is Still Wrong ..."
"Questions and morality can only be answered if morality has an absolute source. That source, ..."
crackerMF Yes, Metaxas, Racism Is Still Wrong ..."
""Jesus Was a Socialist"Yes he was and it's yet another reason to leave Christianity.Christianity is ..."
Timothy Weaver Jesus Was a Socialist
"Except this is not what Metaxas clearly stated. He said that nothing is right or ..."
Chuck McKnight Yes, Metaxas, Racism Is Still Wrong ..."
Browse Our Archives
get the latest from
Hippie Heretic
Sign up for our newsletter
POPULAR AT PATHEOS Progressive Christian
1