An Open Letter to Brian Zahnd: On Full Participation in the Church

I want to start off by again thanking you for what an incredible influence you’ve been for the church at large and for my own life in particular. I got the chance to thank you briefly in person at the 2016 “A More Christlike God” conference with Brad Jersak, but I don’t know whether you’d remember that. You greeted quite a few people that day.

My introduction to you was your 2014 book, A Farewell to Mars, which I reviewed back on my old blog. While I thought the subtitle was a bit misleading (not your fault but the publisher’s), the actual content of the book was eye-opening for me. It not only introduced me to you, but to a way of understanding atonement and eschatology through a nonviolent lens. I was still holding on to a fairly penal understanding of such things back then, and you were one of the major influences to move me away from all that.

I’ve since then read all of your books but one (which is on my short list to read soon). But I believe the next one I read was your earlier Radical Forgiveness (also branded as Unconditional?). Among the many things I picked up from that book was how Jesus connected the Golden Rule with the Narrow Gate in his “Sermon on the Mount.” I had never noticed that before, but you’re absolutely right. I’ve since shared that quote from your book quite a few times.

That simple insight changes everything about the “gospel” I was brought up with—a “gospel” of exclusion. You were showing me, bit by bit, that the “Beautiful Gospel” of Jesus was actually one of inclusion, full and unconditional.

It was also in no small part from your influence that I picked up Brad Jersak’s A More Christlike God: A More Beautiful Gospel, bearing your foreword. Here again is one of those books that just revolutionized my theology, and I’ve recommended it to more people than I could count. I don’t think it’s an understatement to say that the two of you, Brian and Brad, are largely responsible for my remaining a Christian to this day. Without the beautiful theology you brought to the table, I very well may have left by now.

One more insight I picked up came from a simple tweet of yours. I pushed back at the time, but what you said stuck with me, and I’ve since fully come around to embracing the truth that all people, without exception, are God’s children. And dang if that doesn’t change everything. That we are all God’s children became the foundation of the first point in my “Beautiful Gospel of WHEAT”—originally a series of blog posts that I’m now working with Keith Giles to turn into a full-length book. In both the series and the book, I quote you frequently, and I’ve been hoping to reach out to you for an endorsement when the book nears completion.

But all that’s just introduction. I want to make sure you understand, before I get to what I need to say, that I’m not some random unconnected blogger looking to crucify you for making a mistake on Twitter. I love you, Brian. I owe an incredible debt to you. I’ve been joining with you on this journey for more than four years now. And I’m certainly not wanting to tear you down. I’m truly hoping you will actually read this and hear what I have to say. And maybe, just maybe, I can return the favor and be some small positive influence to you as well.

It’s precisely because I love you so much, and because you have had such an impact on my life, that your words two days ago (on my birthday nonetheless) so knocked the wind out of me. And I know I’m not the only one. Understand that I’m about as straight as they come. But some of my family and many of my closest friends are not. Some of them whom I spoke with were actually brought to tears by these words from one whom they so admired.

You then deleted your tweet. And while I understand that desire, you have to realize that so doing only made the pain that much worse—removing the evidence to make it appear as though you hadn’t written those hurtful words. But you did write those words, and you posted them publicly. And so we need to talk through this publicly. I’m thankful that several people had the presence of mind to screenshot what you said: 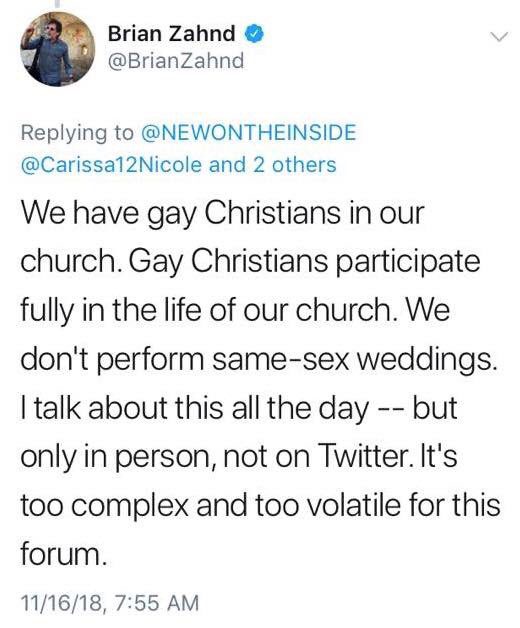 Many of us (myself included) had been under the impression for some time that you were fully affirming of LGBTQ Christians. You certainly gave us that impression in your video apology to the gay community from early 2017:

Therein you stated the following:

We cannot say, “You can be a part of our church if you will be other than you are.” We simply cannot say that. And so, as we have made it at times, in certain churches, almost impossible for you to be a part of our churches, for that, I apologize. And I pledge that we will do better, and we will make room for you, and we will seek to hear you, listen to you, understand you, and affirm over and over and over that you are unconditionally loved by Jesus Christ, and we need to join Jesus in loving you as you are.

These are beautiful words, and I could not agree with them more. But you’ll understand if they’re now ringing a bit hollow, given what you said on Twitter two days ago.

In your tweet, you made two statements that are absolutely irreconcilable. You first said that “Gay Christians participate fully in the life of our church.” Wonderful! But then you did a complete 180 when you said in the next sentence, “We don’t perform same-sex weddings.”

Brian, I know you to be a sacramental Christian. So I know you’re aware that marriage is a sacrament. In fact, when it comes to “the life of [the] church,” marriage is the very sacrament that most directly pictures Christ with the church.

In your 2017 video, you pledged to do better. So I’m calling on you now to honor that pledge. Do better. Your stance against performing same-sex weddings is currently making it “almost impossible for [LGBTQ Christians] to be a part”—not of some nebulous other “certain churches,” but of your very own Word of Life Church in St. Joseph, Missouri. By denying them the sacrament of marriage, you’re asking your LGBTQ members to “be other than [they] are.”

You pledged to hear, to listen, and to understand. So please, take a moment now to do just that. I’m not myself gay, so how about you listen to one who is? Kevin Garcia’s response to your tweet is perfect, and if you ignore everything I’ve said but listen to Kevin, that would be just fine with me:

This matter is really not as complex as your tweet suggests. Either you affirm gay Christians, or you do not. Either they truly do “participate fully in the life of [your] church,” or you deny them the sacrament of marriage. But you can’t have it both ways.

If this is something you’re still working through yourself, I can understand that. It took me far too long to come around myself. For me, it was the Orlando shooting that finally pushed me to full affirmation. I hope and pray that this recent incident on Twitter will be what it takes for you.

But you at least need to be fully open and transparent about the fact that you’re currently uncertain. Please don’t pretend to be affirming in the meantime. And please, commit now to making this matter your focus until you’ve reached a conclusion. Whether or not you affirm the hundreds of thousands of LGBTQ Christians out there is not some secondary issue to be put off for another day. It is so incredibly important.

Now is the time to determine where you stand and to be vocal about it.

I get that moving to a fully affirming (and wedding-performing) stance would bring big changes to your church. No doubt you would lose some members and donors. But I also know you’re not afraid of having that happen for the right reasons. You did exactly that when you changed your mind about violence and nationalism. And look how God has provided since then. Have faith that God will bring you and your church through this needed change as well. It will be hard, but it will be worth it.

And for the sake of the many LGBTQ Christians who love you, and in response to the hurt your recent words have caused them, it is what must be done.

I love you, Brian. I hope that my words to you come across with the love intended. And I am praying for you to have the strength to make the right choice.

Your friend and brother in Christ, 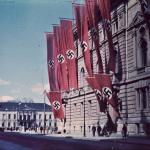 October 16, 2018
The Actual Danger of Marcionism in Progressive Christianity
Next Post 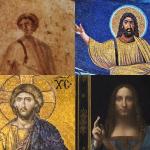 December 10, 2018 The 4 Jesuses I Love (And I Don‘t Mean the 4 Gospels)
Recent Comments
0 | Leave a Comment
"Yeah, and bankers never suffer the consequences of their bad decisions that led to the ..."
Medalcollector Jesus Was a Socialist
"Masks in general don't work ... They don't work to prevent caterpillar-damage to garden plants. ..."
San_Ban It Isn’t Scapegoating if You’re Guilty
"The largest employer in America just declared $514B in revenue on 2/19/19 while 15% of ..."
Michael Wilson Jesus Was a Socialist
"The other countries that Venezuela is selling its fuel to is largely America. Venezuela has ..."
Michael Wilson Jesus Was a Socialist
Browse Our Archives
Related posts from Hippie Heretic