If you’ve followed my blog for any length of time, then it’s no secret to you that I’m a big fan of Jesus. I talk about him fairly frequently.

But the thing is, there isn’t just one Jesus whom I love. In reality, I could point to any number of different Jesuses who have influenced me over the years and different Jesuses whom I aspire to follow today. But when I talk about Jesus here on the blog, I’m usually referring to one of four:

The historical Jesus is the actual human from Nazareth who lived about 2,000 years ago. Unfortunately, there isn’t a whole lot that we can know about him with empirical certainty, but the impact he’s had on this world is pretty well undeniable.

Apart from a few fringe Jesus mythicists (who deny that Jesus existed at all), the consensus of modern critical scholarship is that Jesus was a real human who was baptized by John, preached a message of love, and was crucified by the Romans. The historical Jesus himself can be distinguished from the search for the historical Jesus, which is the scholarly attempt to identify as much about him as can be known.

I love this Jesus despite not knowing much about him. His life inspired all the other Jesuses that followed, and what can be known about him inspires me to live a life of love.

The canonical Jesus is the figure found in the Christian canon of scripture—primarily the four Gospels, but also the rest of the New Testament to a lesser extent. We could technically separate this Jesus into the specific versions from each New Testament source, as they do at times differ, but this broader identification will suffice for the moment.

Modern scholarship deems it unlikely that any of the canonical Gospels were written by an actual eyewitness of Jesus. So the canonical Jesus is probably based on secondhand accounts at best, resulting in a mixture of fact and legend. Personally, I tend to think there is a bit more historical fact in the canonical Jesus than the strict search for the historical Jesus can tell us, but that’s just my opinion. That he is at least partially embellished is certain.

But regardless of embellishments, I love the canonical Jesus for the simple fact that we have a much more complete picture of his life and teachings. Unlike the fairly unkowable historical Jesus, I can point to exactly where the canonical Jesus said or did this or that, and I can cite a passage to back it up. Perhaps the passage in question may be historical, or perhaps it may not be, but either way, it is unquestionably a part of the Christian tradition that has been affirmed by the church for centuries.

I’m frankly not all that concerned about how much of the canonical Jesus may be fictional. Such questions are of intellectual interest, but they have no bearing on whether or not this Jesus is worth following. And to me, he unquestionably is.

Be sure to note the little “o” I’m using there. I don’t quite mean the Eastern Orthodox Jesus, although he could be considered an expanded and more culturally specific version of the same. The orthodox Jesus is concisely described in the Apostles’ and Nicene creeds, and he is discussed at length in other early Christian writings such as Athanasius’ On the Incarnation of the Word of God.

This is the Jesus who, being God, became a human—not to be punished for our sins, but to stand in full solidarity with us, and to bring us into his own divinity. In the famous words of Irenaeus, this is the Jesus “who did, through His transcendent love, become what we are, that He might bring us to be even what He is Himself” (Against Heresies: Book V).

The mystical Jesus is many things. He is the Cosmic Christ who is in all and through all, and through whom all things exist. He is to be found out in nature, in every person around us, and within each one of us. He is the personal presence of God. The Quakers refer to him the Inner Light. From the perspective of orthodoxy, we could say we experience the mystical Jesus through Holy Spirit.

This is the Jesus who speaks to us directly—not usually in an audible voice, although some mystics have reported as much—but through our feelings, through imaginative or listening prayers, and through a sense of guidance and direction. I can’t help but believe in this Jesus because I experience his presence myself, even if I may not quite be able to explain it.

On the one hand, this Jesus could be considered dangerous, as anyone could claim to have heard him tell them anything they like. But on the other hand, if the orthodox Jesus is to be believed as true, then he demands the existence of a mystical Jesus who so communes with us. And historically speaking, those people who most thoroughly pursued the mystical Jesus have tended to be those who came to most fully understand God’s essence as purest love. 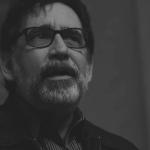 November 18, 2018
An Open Letter to Brian Zahnd: On Full Participation in the Church
Next Post 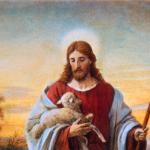