Listen, let’s talk about this.

Based on the comments section of last week’s post about the Duggars, it is clear that we need to have some clarification around what is, and is not meant by “Fundamentalism.” Because people have some FEELINGS about that word, y’all.

It is worth noting that the word ‘fundamental’ is actually pretty tame. Here’s what the dictionary says: 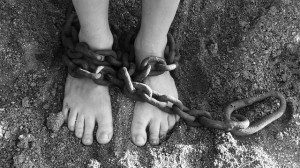 A central or primary rule or principle on which something is based.

NO BIG DEAL, right? This is an ok word. But add an ‘ism,’ and it becomes laden with cultural value and ambiguity. And, thus complicated, is not so easy to find in a dictionary.

When I say that sexual abuse is rooted in fundamentalism, that doesn’t mean that ALL abuse comes out of that kind of background. I know that, sadly, abuse does not discriminate. However, fundamentalism creates a system in which women (and children) are vulnerable; and perpetuates cultural assumptions that lead to silence, cover-ups and ‘statutes of limitations.’

But here is a really, really important clarification –fundamentalism is not the same thing as conservatism. Not all conservatives are fundamentalists.

All of which is to say, calling one person or family ‘fundamentalists’ is not a dig at all conservative Christians; any more than calling ISIS a terrorist group is the same thing as calling all Muslims, terrorists. (Although many people—and far too many of them in Church and media—do not know the difference).

And I KNOW that categorizing people based on elements of their personal beliefs is not entirely helpful. But, much of what’s wrong with the world is rooted in these types of systems—and the kinds of leaders they produce—so it’s important that we be able to know it when we see it. And name it. Maybe that gives more power to the light, and all that.

With ALL these disclaimers in place… Here are 10 ways to spot a fundamentalist. Make sure you don’t give them the microphone—or the keys to the Oval Office—if you can help it.

This is by no means an exhaustive list. Nor does any ONE of these behaviors a fundamentalist make. Think of it as like, a magazine quiz. “IF you answered mostly YES…then you might be a fundamentalist.”

So… If you are not these things, then don’t be offended when people call out fundamentalism as ALL THAT’S WRONG WITH EVERYTHING. And if you look around and find that most of the people in your circle do, in fact, fit this description… then get the *&% on out of there.

We’ll have a beer ready for you, if you want it.

May 22, 2015
What About the Girls? The Duggar Scandal and the Cost of Fundamentalism
Next Post

May 27, 2015 The Ultimate Summer Slacker List: Reclaiming Sabbath
Recent Comments
6 Comments | Leave a Comment
"When the United States began, most patriots considered their patriotism in relationship to their home ..."
Caliban Whose Flag Do You Carry?
"All peace and joy on your journey!"
Patrick Along For The Ride
"I'm sorry to hear about your daughter. It's heartbreaking to hear of a parent burying ..."
Cynthia 10 Ways to Care for Someone ..."
""I'm so very sorry/I'm so sorry for your loss," sincerely meant, is actually enough...no religious ..."
J.D. 10 Ways to Care for Someone ..."
Browse Our Archives
Related posts from Irreverin