What About the Girls? The Duggar Scandal and the Cost of Fundamentalism

This is what comes of fundamentalism.

This week in the news, the Duggar family–made popular by their reality show, “19 Kids and Counting”–have been in the spotlight for a sexual abuse scandal. Though I seriously doubt they are calling it that, amongst themselves. No, where they come from, this is a youthful indiscretion; a series of inappropriate behaviors; evidence that we are “not a perfect family”… Etc. 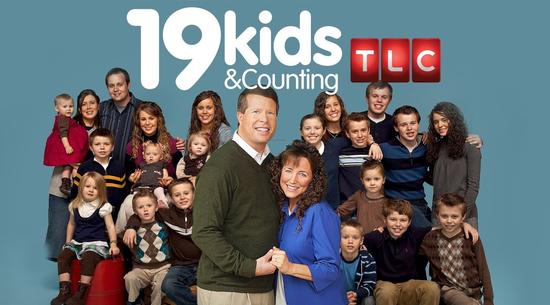 But the news that the oldest son, Josh (now 27) repeatedly molested and sexually assaulted his younger sisters (and another unnamed minor) is beyond “inappropriate.” It is a crime. And one for which nobody is going to jail, given the 3 year statute of limitations in the state of Arkansas. (And in many states).

This is what comes of fundamentalism. And this is not about me railing against conservative brands of faith. Conservatism in belief does not always amount to abusive behavior. But when conservative beliefs (the Duggars are part of the Quiverfull movement) manifest in harmful, toxic systems that allow for–and even condone–systemic abuse, then you have fundamentalism. And it comes at a price. Most often, the price is human dignity. And most often, that price is paid by women.

At the heart of fundamentalism is fear: fear of being cast out for dissent; fear of an authority figure (always a man or group of men); and in many cases, fear of physical harm. This fear is held in place by a power structure that depends, ultimately, on silence.

And that’s why we can now classify the Duggars, and their brand of faith, as not just conservative–but harmfully fundamentalist.

Because when these charges came to light (several years ago) the concern was not for the victims… but for the moral purity of the young man. The fathers says that they ‘dealt with the issue’ as a family, and took it to the elders of their church. Police were informed, but no formal charges were filed. There was no continuing investigation.

Even now, in the news, the story is not about the crime. It is primarily about how the family is ‘reeling’ from the public disclosure; and how poor Josh will not be able to continue his career as the professional face of family values (through one of those NON-PROFIT family values organizations that many classify as a hate group.)”

What thinking people want to know now is this– what do they mean when they say the matter was “dealt with” by the family and the church? Was Josh grounded and sent off to Bible camp?

No charges were filed against Josh, who was a minor at the time… What about the parents? If they knew about these instances but didn’t press charges–nor did they do anything to protect the other children from further abuses (that we know of)–why were there no criminal negligence charges filed there?

The Duggar parents say that their daughters have “forgiven” Josh for his crimes against them. But have they also been offered counseling? Have they been taught about consent, and healthy forms of sexual expression?

Are the families, and the church itself, beginning to see how their “values” about gender and authority pave the way for predators? Not just in the home, but throughout a woman’s lifetime?

Are they going to start dismantling the language of shame around sex–and especially, women’s bodies–that keeps women from speaking up? That leads to prolonged silence, which leads to “no charges will be filed, because statutes. Because reasons. Because men are the boss of you…”

This family is going to be in the spotlight for awhile because they’ve always been in the spotlight–as the embodiment of ‘family values’ no less. But it’s not just about them.  It’s important to recognize that this one instance (or this one perpetrator) reflects the heart of fundamentalism, and what it does to women, children, and other vulnerable parties. I don’t care if the group in question is Christian, Muslim, or a secular cult with a self-proclaimed prophet and a series of doomsday billboards along the highway. It all amounts to the same fear and silence; the same cost to human dignity; and the same looming question:

Who’s looking out for the girls?

May 26, 2015 10 Marks of Fundamentalism
Recent Comments
442 Comments | Leave a Comment
"When the United States began, most patriots considered their patriotism in relationship to their home ..."
Caliban Whose Flag Do You Carry?
"All peace and joy on your journey!"
Patrick Along For The Ride
"I'm sorry to hear about your daughter. It's heartbreaking to hear of a parent burying ..."
Cynthia 10 Ways to Care for Someone ..."
""I'm so very sorry/I'm so sorry for your loss," sincerely meant, is actually enough...no religious ..."
J.D. 10 Ways to Care for Someone ..."
Browse Our Archives
Related posts from Irreverin