9 Things that Should Be Easy (and 1 That Should Not)

Incomplete sentences and 2nd grade vocabulary aside, this was yesterday’s not-so-shocking statement from President Man-Child about how very hard it is to be him. I say not-so-shocking, because his narcissism and complete willingness to be obtuse about his own privilege is something we’ve seen before. So of course he thinks his life is rough. Of course he thought this would be easy–because for guys like him, everything always is. And of course, he says something like this in a super awkward attempt to sound humble and–maybe even like a bit of a martyr? “I’m doing all this work for you people, and it’s so much work. You don’t even know. It’s so hard.”

Completely tone deaf. As ever. Also not shocking.

All this against a background of more passive-agressive sniping with North Korea. Edging us closer to a nuclear war that will take our minds off of the whole Russia thing, and ensure his re-election in 4 years (because war-time Presidents have great job security. Just ask G.W).

When DJT says “I thought it would be easy,” I have this flashback to that appalling Barbie that giggled “Gee, math is hard!” Before the feminist thunder came down and removed her disproportionate self from the shelves, thankyouJesus. But I digress. More than likening him to an actual talking doll whose one selling point was her supposedly-adorable ignorance (note: ignorance is never adorable) I can’t help but think of all the things that should be easy. Just now, in 2017, there are SO MANY THINGS that should be easier than they are.

So in the spirit of that Facebook game, where you name 9 bands you’ve seen in concert and 1 that you have not… we’re going to play a little round of “9 Things.” Here are 9 things that should be easy. And one thing that should not.

So yes, there are many, many things that should be easy for one who yields the power and influence of the Presidency. 9 of the things on this list should be no sweat. A flick of the pen, and the briefest nod to human decency. But there is one big thing that should not be easy, and that is filling the office of President with dignity and wisdom, and holding the weight of respect for human life that great power demands. Nobody but him would ever say that life would be a lark, a field day, a round of golf with a piece of chocolate cake for dessert.

Only a dangerous combination of arrogance and ignorance could call such a job “easy.” And only an equal measure of courage and compassion will see that he doesn’t get to do this job for long.

Get busy, folks. This should be easy… 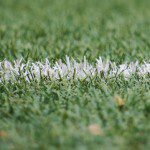 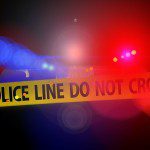 Evangelicals, you have some denouncing to...
Grace-Colored Glasses
Related posts from Irreverin