Dear Congress, We Are Not All Protected By Armed Security

Somehow, this is unsurprising news. There is a narrative to protect, after all.

Even after enduring the horrors of gun violence themselves–in person, in the flesh– some of our leaders dig in their heels on this matter. “Guns are not the enemy,” they say. “These are sacred rights,” we hear again. “What we need are MORE GOOD GUYS WITH GUNS…” This cry echoed across the land with the sound of the first shots fired. It scarcely needed to be spoken aloud.

Admittedly, the quick response of Capitol Police kept casualties to a minimum. That was not luck, but good training. Good training that most gun-toting Americans lack these days, with many states allowing conceal carry for literally anyone, with no training or permit required, and plenty of loopholes in that whole background check thing.

Which is why a man with a history of violence, who probably should have been in jail, arrived at a public park with a legally obtained weapon of mass destruction–a weapon larger and more powerful than those used by professionals to stop him. Try and let that part add up for a moment. An average citizen (with a history of domestic violence) can legally obtain a weapon larger and more destructive than the ones typically used by law enforcement.

And that is why there have been 156 mass shootings in 166 days of this year. 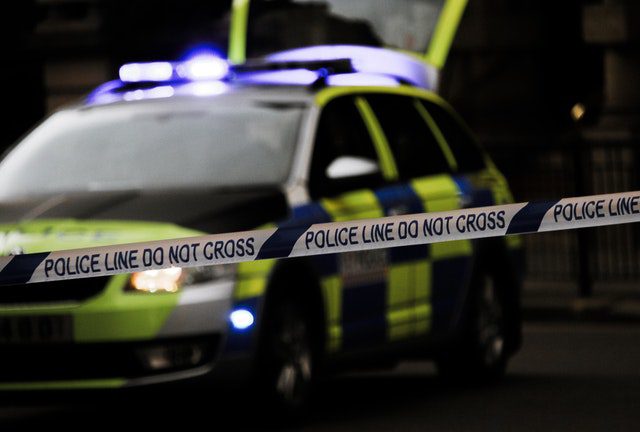 Statistics show, overwhelmingly, that most mass shooters have a similar history of domestic violence. Try to get past the fact that “most mass shooters” or “the average mass shooter” has become an accepted part of our lexicon… so frequent are these shootings that we can add them up against each other and divide them for averages and parse out the finer points of the common ground that they share. Putting that aside for a moment, let’s all shout into the void some more… that men who physically harm women are so very often allowed to walk free of any consequence; and that their “right” to bear arms is protected by Congress, over and above a woman’s right to live without hand around her throat

or a fist in her face

or a knee in her pregnant belly

or a gun pointed at her head.

Every day, our lawmakers choose to protect the rights of this man, no matter who he might harm, because there is a story that must be told above the din of violence.

It’s a story about how guns equal freedom. About how more weapons make us all safer, and how “good guys” with guns will ultimately protect us from all alarms–foreign or domestic, real or imagined.

In many ways, this latest shooting is just that–one more in a string of similar terrifying attacks, near-daily events that have become a routine part of our news day. Just like checking the weather or the allergens or the Baseball scores, we wonder, who got shot today?

But here is the profound irony that sets this particular incident apart from the (many) others like it: the “good guys with guns” were there for the safety and protection of the same powerful men who go around every day telling us how very safe we all are, and making sure guns are protected by law. Those highly trained professional officers surrounded our lawmakers–and did their jobs, as they were supposed to–to keep them safe. While I’m glad more people were not hurt, I will not forget– and I hope you won’t forget either– that the leaders who tell us we are all perfectly safe, are only alive today because of the security detail that their positions of power afford them. Most of us do not go around town with that kind of coverage.

I hope against hope that, out of gratitude for their lives, some of these leaders will start to see the fallacy of their standard narrative; that they will loose the grip of the NRA, and find themselves accountable instead to the real live people they represent. For too long, the Second Amendment has been not only personified, but held sacred above all other marks of democracy or humanity.

Since most mass shootings (there is that absurd turn of phrase again) are perpetrated by abusive men, then perhaps abusive men should more often be prosecuted… and, at the very least, be banned from legally obtaining guns. Legislation to that end would be a small step; but it would certainly be a nod to the majority of Americans who want some common sense boundaries placed around our so-called “freedom.”

Even more than that–it would be an acknowledgment of the privilege that saved their lives, and an attempt to afford the same protections to those of us who do not happen to be surrounded by professional defendants every day.

I’m grateful that lives were saved. I’m glad the game will go on today, in the spirit of unity and perseverance and the American whatever. So go play ball today, fellas. Have a good time. Stay safe. And then, get to work for the rest of us. 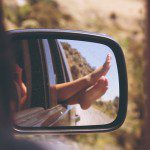 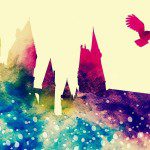 June 26, 2017 10 Lessons the Church Can Learn From Harry Potter: On the Occasion of His 20th Birthday
Recent Comments
0 | Leave a Comment
Browse Our Archives
Follow Us!