Jerry Falwell Jr. and the Toxic Theology of ‘Two Kingdoms’

It’s the oldest trick in the book—the most evil men in the world surround themselves with other evil men. (And yes, I mean men. Because, while women can be evil, they historically have not had the opportunity to take it to the broadly systemic level that men have achieved).

It takes the voices of many powerful people to fully prop up and protect a corrupt regime. No evil dictatorship in the world was ever reliant on a single man’s voice or presence. It takes a village to institutionalize evil. A ruler has to infiltrate every area of public life in order to defend widespread corruption. So if, for instance, you are Donald Trump, you make sure you’ve got spokespeople spinning your narrative across many fields. You employ representatives who are experts in economics, the military, foreign policy … you even get a spiritual advisor to spin your poison among believers.

Important note: to this end, you also want your “spiritual advisor” to be someone who represents the most corporate expression of the most widely held faith in the culture. In America, that means you want a conservative Christian who carries a voice of white male authority.

Understanding how and why Falwell came to be the voice of faith representing the Trump administration allows us to understand the particular “brand” of each man in light of the other. What these two figures share in common is a self-perpetuating authority. Each lends credibility to the other; and each possesses a particular form of power that exists only to protect itself. It is a power that serves no interest but its own.

What does it say about this said “spiritual advisor” when he is among the last of the loyal to remain? In a mass exodus from what is clearly an unraveling structure, most of Trump’s other advisors and apologists have jumped ship … Everyone connected with him is either in jail, on trial, or running as fast as they can. But there stands the preacher. Still there, insisting on the good and rightness of this administration.

In a recent interview, Falwell insisted that Trump “has the best interests of the people at heart,” and that there is “nothing he could do” that would cause Falwell to withdraw his support. There’s a lot of drivel in this mess of words, and hard to know which thread to start pulling at. But I’m going to take a stab at the problem of his “two kingdoms” defense.

There’s two kingdoms. There’s the earthly kingdom and the heavenly kingdom. In the heavenly kingdom the responsibility is to treat others as you’d like to be treated. In the earthly kingdom, the responsibility is to choose leaders who will do what’s best for your country. Think about it. Why have Americans been able to do more to help people in need around the world than any other country in history? It’s because of free enterprise, freedom, ingenuity, entrepreneurism and wealth. A poor person never gave anyone a job. A poor person never gave anybody charity, not of any real volume. It’s just common sense to me.

Um. Ever notice how people with lots of power and privilege use the words “common sense” to gaslight the poor and people who care about the poor? It’s like that.

Putting aside the grammatical concerns surrounding this statement—I believe you mean THERE ARE two kingdoms, not THERE IS two kingdoms—let’s talk about what is meant here by “two kingdoms.” What Falwell is really saying here is this: “I would like to please keep my faith in capitalism and patriarchy neatly separated from my faith in God. I would furthermore not like my belief in the teachings of Christ to interfere with my unconscionable support of a really gross presidential figure.”

Like many false prophets before him, Falwell believes he can serve two masters—God and Donald Trump—by separating the worlds in which they operate. He wants to relegate his faith to the realm of some fantasy future afterlife that exempts him from caring about this life and the other people in it. He’s not the first, and he won’t be the last.

I’d like to think that, when the Trump Tower—both literal and figurative—finally falls, the religious fervor with which people supported him will die away, too. But it will not be that simple. There will always be a Jerry Falwell, or a Jerry Falwell Jr., or some other religious figure sycophant to fill that void in public discourse. There will always be a public figure willing to trade out the gospel of Jesus for the gospel of corporate America.

It must be said that those two things are not interchangeable. Faith is not some journey of personal salvation that exempts you from being a decent human being. On the contrary, it is a calling into a life of practice and relationship that must mirror any inward transformation one claims to experience.

There are not two kingdoms. There is no us and them, no “America” and “Everybody Else”—and there is certainly no “MY faith” and “My suffering neighbor over there who is of no concern to me.” That is garbage, and even Falwell knows it.

Like anyone who worships power over the humility or humanity required of real faith, he has compartmentalized religion to omit humanity. But that’s not how this works. There is only one Kingdom—and we who claim to follow Christ are called to bring it about, here on earth.

Anything else is vanity.

I know it’s usually the fundamentalists over there, beating the drum and hollering about false prophets. But it’s time to turn the tables on those who cling to the powerful and call it gospel. Falwell is a false prophet of the worst kind—one with power. One with great privilege. One who has clearly forgotten how to follow Jesus into the wilderness, and would rather be the devil on Trump’s shoulder. 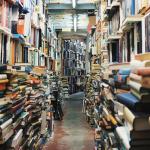 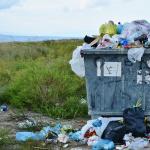 January 3, 2019 Take Out The Trash: The Fight For A Border Wall Is Killing Our National Parks
Recent Comments
0 | Leave a Comment
"When the United States began, most patriots considered their patriotism in relationship to their home ..."
Caliban Whose Flag Do You Carry?
"All peace and joy on your journey!"
Patrick Along For The Ride
"I'm sorry to hear about your daughter. It's heartbreaking to hear of a parent burying ..."
Cynthia 10 Ways to Care for Someone ..."
""I'm so very sorry/I'm so sorry for your loss," sincerely meant, is actually enough...no religious ..."
J.D. 10 Ways to Care for Someone ..."
Browse Our Archives
Related posts from Irreverin