The Covington Catholic Boys Shouldn’t Be Expelled: They Should Be Educated

Several years ago, there was some egregious display of racism on a college campus. I’m thinking it was somewhere in the south, or possibly Texas? The “where” is not the point. What I remember about that instance is the large public outcry for the students to be expelled. In response, the University President issued a public statement, saying that to be kicked out of school was the LAST thing these students needed. “If we expel these students, what do they learn?” he said. The purpose of a college is to expand minds, to expose students to worldviews beyond their own limited experience. This was an opportunity, he said, to make sure they do not hold onto their harmful views, but be stretched beyond them. Rather than casting them out to live among like-minded people who would only reinforce their prejudice, the school would make sure they got an education.

I’m paraphrasing mightily here, but that was the gist. Within community, transformation is possible. Beyond it, there is only isolation.

That letter stuck with me for a reason. I was among the people who thought that expelling the guilty parties was the best way, possibly the only way. But the thoughtful response of that educator made me realize that such cases are not so simple. Perhaps there is a better way to respond in such cases, a way that brings both consequences; and also, the potential for meaningful change. Change that moves beyond the individual parties involved, and extend to the culture at large.

So when I saw that sickening video of the students from Covington Catholic High School–wearing MAGA hats while facing down, jeering at and generally harassing a tribal leader at a demonstration in D.C.–my first thought was not “kick them out school!” but “haul their asses back to school and teach them better.”

But not just them. Also their parents. And, apparently, some of their teachers. Because those adults stood by and watched this whole grotesque display of toxic white supremacy–and did nothing. Sources say one of those teachers is a SOCIAL STUDIES TEACHER. Clearly– he also needs to go back to school. If his students are yelling ‘build that wall’ at a Nathan Phillips–who is both a Native American AND a U.S. Military veteran of foreign war– they’ve clearly missed a memo about history, civics, and current events. And if they are behaving in such a repulsive manner towards ANYone–they’ve missed a memo about their Christian faith in particular, and the art of being human in general.

These kids should be held accountable, of course. Suspension or academic probation; bar them from playing sports this year; don’t let them go to dances or other extracurricular activities. Basically anything that’s fun about school, take it away. And then give them hours (and hours) of community service. But ultimately, they are still kids. They did not act in a vacuum. To expel them is to send them home, placing them under the singular influence of the adults that taught them this foul behavior in the first place. Nah. Haul their asses back to school for some mandatory anti-racism education.

And make their parents come sit through it as well. Along with, perhaps, the entire student body and faculty, *just* to make sure this doesn’t happen again. This incident is a clear example of institutionalized racism–and to really change it, you have to look at the whole institution. These boys are products of a shared environment. And I hope that school, those families, and the diocese itself will take this opportunity for a hard, inward look–and act– accordingly.

Besides, kicking them out of school will not “set an example” for anyone. If anything, it will only make like-minded racists howl at the injustice of it all… Pushing them all further to the right, and giving more fuel to the fire of those who continue to diminish the importance of education. This is how extremists are born.

As a native Kentuckian, I especially hate that these kids gave the world one more reason to think we are a backward, ignorant bunch of hicks (as if Mitch McConnell can’t do enough damage all on his own). But in the current climate, it could have been any school, any town USA. This is the new normal in Trump’s America. The issue is broad, systemic, and deeply entrenched in many communities and institutions. The business of rooting out the poison will have to be a communal effort as well. For that kind of shift to happen, school is probably the best place for them. If the school itself is willing to be part of the solution and not part of the problem.

Again, that’s not to say they should go without consequences. Letting them off the hook entirely would be just a further a display of white privilege in action. But after whatever discipline or community service has been served, teach them better. Teach them history; and not the white-washed western version. Teach them sociology. Teach them about native cultures, and about the resilience of communities of marginalized people. Teach them ethics. And finally teach them a Catholic ‘morality’ that extends beyond the fetus and extends to the rest of humankind.

It comes down to a question of whether one believes in retributive justice, or restorative. Retributive justice is the knee jerk reaction to punish, to say ‘throw them out.’ Believe me, I get it. I see the picture of that kid’s smarmy face and I share the impulse to throat punch him. But that is our animal self talking. The third way of Christ is ‘restorative justice.’ Making a way where there is no way; finding an opportunity to transform not just the guilty parties, but their families, their community, and the Church itself.

Of course, it’s not that simple if the school and the church itself is a hotbed of white male privilege and homogeny. The whole institution needs to take a look at its culture. It’s possible even a change of leadership is in order. But kicking these kids out of school without accountability from the place that shaped them would be a hollow, symbolic gesture. They are the fruits of a poisonous tree. Some way or another, that tree has to be pruned from the roots up.

Otherwise, they’re just going home to be reinforced in their entitlement. To hear again the same toxic rhetoric from the people who bought them those damn hats to begin with. 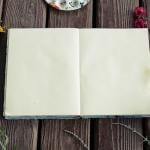 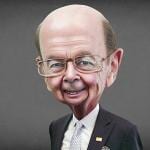 January 25, 2019 The Human Cost of the Shutdown: And the Moral Bankruptcy Revealed in Wilbur Ross' Comments
Recent Comments
0 | Leave a Comment
Browse Our Archives
Follow Us!