The Human Cost of the Shutdown: And the Moral Bankruptcy Revealed in Wilbur Ross’ Comments

The Human Cost of the Shutdown: And the Moral Bankruptcy Revealed in Wilbur Ross’ Comments January 25, 2019 Erin Wathen

In communities all over the country, food pantries are putting out pleas for more donations. Stock is limited, and resources need to stretch farther during the government shut down. Families that normally get SNAP cannot rely on their benefits being renewed on time. And the families of furloughed federal workers are turning to local charities–like food banks and shelters–to help make ends meet in the meantime.

Commerce Secretary Wilbur Ross said yesterday that he “doesn’t quite understand” why people are needing to do that. “Can’t they just float a loan?” he wondered aloud to a reporter, in a monotone statement that critics liken to the “let them eat cake” business that made Marie Antoinette notorious. (And, you know, headless).

Pantry shelves aren’t the only thing empty in America right now. This administration continues to reveal its own moral bankruptcy as well.

Are these comments obtuse and out of touch? Or just plain cruel? I posit: both. Sec. Ross doesn’t get it. None of them do. But it takes a willful ignorance of the lives of working people to utter such an asinine statement. And the ‘willful’ nature of that ignorance, in one who is supposed to be a leader, is in itself a cruelty. You have to try really, really hard to hold onto that level of delusion. You have to decide, day after day, that you aren’t going to care what real collateral damage might result from the policies you enable.

But these are the leaders we’ve chosen. That men like this continue to rise to appointed and elected position shows that we value privilege and its appearance more than we value the lives that might be destroyed by those who hold it. This is the America that we have bought and built: we’ve elevated the wealthy, laboring under the delusion that somehow their symbolic success will make manifest our own. When in fact, all privilege does is maintain its own privilege.

There are many concerning consequences of this ongoing game of chicken that we call a government shutdown. Our food and medications are not being inspected. Our National Parks are literally filled with garbage. To get on an airplane right now is to take your life in your own hands, with security as a growing concern. And in the midst of it all, government workers are either going to food banks, or going without. As many as 800,000 of them.

What’s worse: that our leaders put us here out of spite? Or that they remain utterly oblivious to the human impact of their decisions? You know what? We don’t have to choose. Both things are true. And both are utterly repugnant.

Some find Ross’s comments surprising. I just find it surprising that people are still surprised.

This is the America we have bought and paid for. We reap what we sow. And we find that wealth is no indicator of competence or compassion, after all. Privilege, in fact, is nothing but a solid indicator that one knows how to protect their own; and knows nothing of how regular people live when money is tight. They don’t know, and they are happy to remain ignorant; as they continue to show us every day.

It is time we stop laboring under any delusion that we might be the greatest nation in the world. Trump has the hubris to call Venezuela’s government “illegitimate,” even as everyone close to him is in jail, or about to be in jail, for election fraud. We are not exactly the world’s poster child for functional democracy at the moment.

And meanwhile, we can’t even feed the people who run the place.

The good news in all this mess is that, as more and more affected people turn to their communities for help, communities are stepping up to feed their neighbors. In significant acts of service and sacrifice, people are filling the gap beautifully. Churches, restaurants, grocery stores, individuals and nonprofit organizations are all taking far more accountability than our government leaders at the moment. We see on display the kindness, the compassion, and the transformation that we know all humans are capable of.

But the ends don’t justify the means. It should not come to this for so many, so often.

Maybe the government can’t be expected to fix all the problems of poverty; but it shouldn’t be too much to ask that, at the very least, they not actively, willfully make it worse. 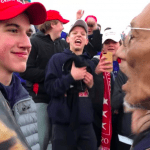 January 20, 2019
The Covington Catholic Boys Shouldn't Be Expelled: They Should Be Educated
Next Post 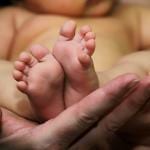 January 28, 2019 Why The Patriarchy Lies About Reproductive Health: And No, New York Is Not Killing Babies
Recent Comments
0 | Leave a Comment
"When the United States began, most patriots considered their patriotism in relationship to their home ..."
Caliban Whose Flag Do You Carry?
"All peace and joy on your journey!"
Patrick Along For The Ride
"I'm sorry to hear about your daughter. It's heartbreaking to hear of a parent burying ..."
Cynthia 10 Ways to Care for Someone ..."
""I'm so very sorry/I'm so sorry for your loss," sincerely meant, is actually enough...no religious ..."
J.D. 10 Ways to Care for Someone ..."
Browse Our Archives
get the latest from
Progressive Christian
Sign up for our newsletter
POPULAR AT PATHEOS Progressive Christian
1