The Solution To The Migration Crisis Is Stronger Communities, Not Higher Walls

The Solution To The Migration Crisis Is Stronger Communities, Not Higher Walls April 3, 2019 Erin Wathen

I just got back from Honduras. Otherwise known around these parts as “Mexico,” at least if you watch Fox News … 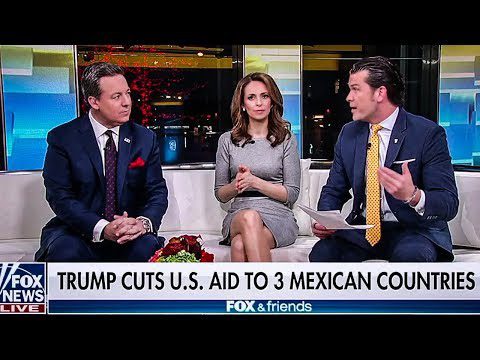 In real life geography, Honduras is its own country. It is one of three countries, along with El Salvador and Guatemala, to make up a region known as the Northern Triangle. This area, between Mexico and South America, struggles with deep poverty and widespread violence. It is also a lush, tropical paradise, full of natural resources and wonderful, loving and hospitable people.

In other words, it’s complicated. But you wouldn’t know it to watch American news.

The narrative here, north of the border, is simply that “they are coming for us.” For our jobs, for our cable TV, for our children maybe? It’s a hot mess of misinformation and fear-mongering, as so much of the Trump administration is and ever will be. That’s how they justify cutting off aid to that part of the world, in a sudden policy move announced last week. They act as though stopping the flow of resources into those countries will somehow stem the tide of migration from them. But the real story is, migration is far more harmful to the native countries left behind than it ever will be to us. And cutting off aid will only make the problem worse.

I traveled to Honduras last week in my work capacity–which is disaster relief and development ministry. I was visiting with some of our ecumenical partners there and learning more about work we support. Some of the emphasis of our partner organization is addressing the violence and drug use in the urban center of San Pedro Sula. And some of their work focuses on agricultural development in rural areas. Their work is not political, and yet it can be greatly affected by politics.

The challenges of rural poverty and urban poverty vary: people leave the rural areas for want of food and education; but then in the city, they find similar lack of opportunity, compounded by gang violence. But everywhere we went, the story was the same: we don’t want to leave; this is our home, this is our family. But lack of education and opportunity drives people north, hoping for a better life in America.

Lacking other options, they organize and they start walking: and that’s how you get the big migrant caravans you see on TV. For the most part, they are not “Bad Hombres.” They are young adults. They are families with children. Or parents hoping to earn a living and send money home for their children. They know the risks. They aren’t crazy, or naive. They know they might be turned away at the border, sent back into the merciless desert; or even detained and separated from loved ones. But desperation will drive people to take crazy chances. For the slimmest hope of a better life elsewhere, they’ll try.

Some people make the trip twice if they get turned away. Some make the trip three or four times. We met a man at the bus station who’d just been sent back after his seventh attempt.

I imagine he was going home to rest and re-pack and try again.

Say all you want that they are “breaking the law” and “there must be consequences,” but you would be misunderstanding the depth of the situation. Desperate people with no other choices do not care about our consequences. It beats the alternative, which is to go hungry or to be shot in the streets.

The threat to cut off aid to these countries might seem to some like an escalated consequence to deter migration. But in fact, it will have the opposite effect. Lack of support is not a consequence, but a contributing factor.

The small rural communities I got to visit last week were in various stages of development. Some of these places didn’t even have latrines until recently. Some have learned to plant new kinds of crops, or to grow more in challenging circumstances. The circumstances vary, but in every place, we heard the same story—people want to work, and make their communities stronger. And staying at home is far preferable to making that treacherous journey across the desert. Because of the new opportunities afforded by this program, people feel like there is hope for them at home. Because they can provide for themselves, they don’t feel the need to uproot. Maybe they can even afford to send more of their kids to school, so fewer of their kids will leave them.

Development programs, supported by federal aid or not, dramatically change lives. Everywhere we went, entire communities came out to greet us, to tell us the stories of what they have learned and what they can grow. In some cases, people traveled for hours just to thank us and tell us what our support has done for their family or their village. They wanted to show us how hard they are working, and how far they’ve come– because this kind of support means families aren’t split up, and communities are not disrupted as a whole generation seeks a way out. In fact, many experts say that aid programs have significantly reduced migration in the past few years.

That’s not to say that all of these programs will end without federal support from the U.S. Funding for this type of development comes from other places as well: from secular nonprofits, from church organizations (like mine), and from other nations with less racist baggage than we have. But ultimately, for the U.S. to withhold the kind of aid that brings hope and possibility to these parts of the world is not only cruel, it is counterintuitive. If the goal is to curb migration, development programs are our best national investment, by far.

Then again, curbing the migration crisis is not, nor has it ever been, the goal of the Trump administration. They willfully make this “crisis” worse because it gets their support base fired up. So instead of working with these “Mexican” countries to create actual solutions, they intentionally contribute to its severity. The wealthy and the powerful always profit from chaos–same as it ever was. This truth, at least, we share in common with the countries south of our border. There, too, corrupt politicians thrive on violence, poverty and misinformation, while the vulnerable suffer.

Withholding aid is not the only way we contribute to the struggles of these countries. For instance, U.S. consumption and oil dependence contributes to climate change, which has devastating consequences for agriculture in Central America. Meanwhile, American drug users continue to drive up demand for things imported from Central America. Those products most often cross our borders legally. No wall is going to stop them. And U.S. foreign policy has contributed to the crisis in that part of the world for decades. In short: we have a long history of creating crises that we have no intention of fixing.

These new policies mean it’s more important than ever to support organizations doing good work for the people of Honduras. And El Salvador, and Guatemala. Not to keep them away from our borders: but to help them build something better at home. There is certainly a migration crisis– but they are the ones suffering the consequences, not us. And if we truly want solutions, we need to build stronger communities; not higher walls.

This is a video about Comisión de Acción Social Menonita (CASM), the program I visited in my work with Week of Compassion. They are affiliated with the ACT Alliance. We also partner with Growing Hope Globally, and Church World Service. All of these organizations are apolitical; our work is focused on meeting human need around the world, regardless of how much U.S. Federal aid a nation might or might not receive. 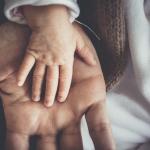 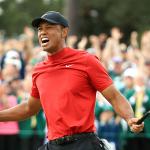 April 15, 2019 Tiger Woods' Comeback And The Complications Of Public Redemption
Recent Comments
0 | Leave a Comment
"they know the rainbow mafia is hotter *smokes bisexual cigar*"
Brandon Roberts The Church and Trending Homophobia: What ..."
"Our church held successful Sunday Services by Zoom. The only problem was a time lag ..."
RossM Five Ways To Be The Church ..."
"Saying there is a purpose implies there is a Purposer."
RossM Five Ways To Be The Church ..."
"You make me aware that I have been in such spaces for quite a while ..."
olbab Church Deserts: And the Unique Opportunity ..."
Browse Our Archives
get the latest from
Irreverin
Sign up for our newsletter
POPULAR AT PATHEOS Progressive Christian
1