The New Covenant in a Chinese Context (Part 3): Defined by Ethnicity?

In the previous posts, we saw that the new covenant has a collectivist dimension and changes more than simply our legal status. Our identity consists in our relationships. Who do we identify with? From whom do we come from? In addition, we have to ask not only how we are different from others (a western fascination) but also how are we the same as other people.

The first past of Jeremiah 31:34 has made some people scratch their heads, while others read past it as if the meaning of the verse were obvious. Jeremiah prophesies,

“And no longer shall each one teach his neighbor and

each his brother, saying, ‘Know the LORD,’ for they shall all know me, from the least of them to the greatest,” [他们各人不再教导自己的邻舍和自己的弟兄说, 你该认识耶和华, 因为他们从最小的到至大的都必认识我].

Some people think this sentence points to some time in our  future, in the new heaven and new earth. For now, these interpreters say, “Our churches are all mixed-up, believers and non-believers. at this point, we can’t say that “all” know the Lord. At that time (i.e. “in heaven” they say), the church will be pure.”

However, I suggest that this interpretation misses God’s main point. Jeremiah in this text contrasts two kinds of people. Previously, those who were regarded as God’s people were all from one national/ethnic identity––Israel. At a heart level, however, they were a mixed people. Though circumcised in the flesh, they did not all have circumcised hearts. They did not all know the Lord. For some people, worshipping the Lord was just tradition; it was false. Although God had established the nation by way of covenant at Mount Sinai, his so-called “people” were not really his people. Eventually, this resulted in Israel’s exile. This in the context from which Jeremiah writes. God’s nation had forsaken him and Jeremiah longs for God to establish righteousness in Israel, to make for himself a people fully devoted to him.

By contrast, God, in the new covenant, makes sure his people were all true believers. Among his new covenant people, no one would count false believers and true believers alike. Belonging to God’s true people, having that group-identity, does not depend on ethnicity or nationality. Accordingly, Jeremiah is able to say, “for they shall all know me, from the least of them to the greatest.”

Anyone who knows the least thing about Chinese knows that Chinese cares about harmony. The constantly mantra in China is that the nation should strive to establish a “harmonious society.” In every relationship, maintaining harmony is of the utmost importance. On the surface, this seems a worthy goal. However, as Jeremiah himself found out, faithfulness to God’s word meant that he cause tremendous disharmony in the eyes of the social leaders. Jeremiah would be put into the stocks (20:2) and in prison (37:11–21). For Israel’s leaders, harmony and unity meant compromising their calling as God’s people. Their unity was based on what was shameful. God’s prophet faced dishonor before his people. How quickly unity becomes an end in itself.

Therefore, the promise of Jer 31:34 acts both as a warning and encouragement. Our traditions, our ethnic identity, position, or our social status do not give us face before God. God honors those who have God’s law on their hearts. This is the distinctive that marks God’s people. The fact that churches around the world are so prone to meet as “ethnic” churches is a sad denial of the new covenant. God desires Chinese Christians, not Christian Chinese; American Christians, not Christian Americans. The difference is subtle, but it is the difference between the old and new covenants.

We should ask ourselves a few questions. Does the new covenant practically affects our sense of identity? our view of ethnicity? Americans are uncomfortable talking about issue concerning ethnicity. I wonder how much this seeps into missions. Especially given the focus on the individual in western theology, how much are missionaries making an issue of ethnic identification? How much are people attacking the root of pride that keeps Han Chinese from sacrificing themselves for minority groups?

How does this shape our ecclesiology? Do our churches, including the ones we plant, take regenerate membership seriously? In other words, are church leaders in place who are willing to do church discipline on those who are flippant towards sin, as if God’s law were not on their heart? I wonder we have grown too accustomed to a compromised ecclesiology, as if we were not fundamentally different from ancient Israel. So long as people accommodate a harmonious social setting within the church, do we put up with them easily enough? After a while, what can we expect to happen? The Lord will raise up a servant to preach the truth and he too will be persecuted just like Jeremiah.

What do you think?  How else might an eastern perspective illuminate the significance of the new covenant?

February 12, 2013
The New Covenant in a Chinese Context (Part 2): New Hearts and No Sin
Next Post

February 19, 2013 A Poll: What is the Relationship Between Law and Honor-Shame in the Bible?
Recent Comments
0 | Leave a Comment
Browse Our Archives
get the latest from
Jackson Wu
Sign up for our newsletter
POPULAR AT PATHEOS Evangelical
1

Why Evangelicals Are So Disliked, Part...
Cranach
Books by This Author Books by Jackson Wu 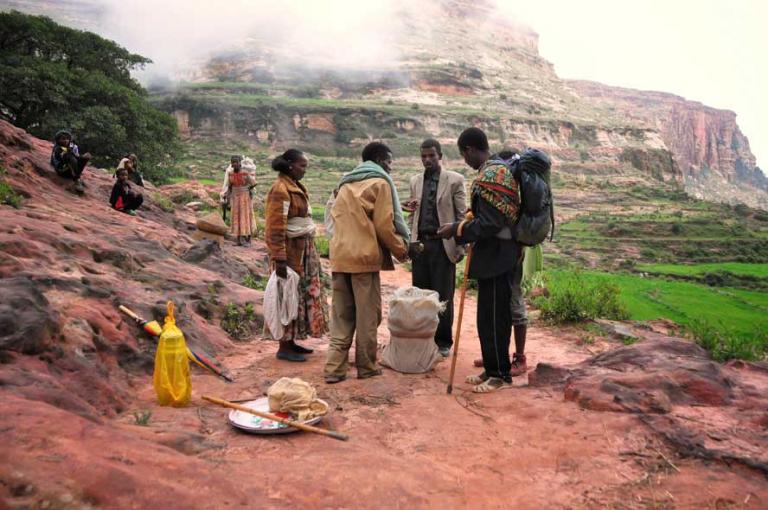