Preaching the Gospel to the Tiger Mom

Preaching the Gospel to the Tiger Mom May 27, 2013 Jackson Wu

How would you preach the gospel to someone like a “Tiger Mom”? 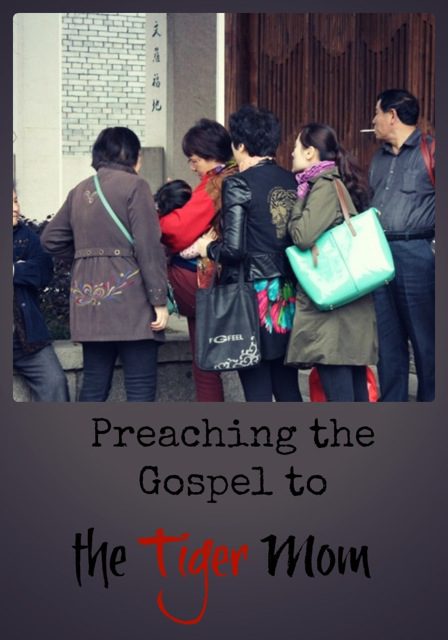 Amy Chua, who wrote Battle Hymn of the Tiger Mother, characterizes a contrast between Chinese and Western parents.

Chinese parents believe that their kids owe them everything. . . . [T]he understanding is that Chinese children must spend their lives repaying their parents by obeying them and making them proud. By contrast, I don’t think most Westerners have the same view of children being permanently indebted to their parents. Jed [her non-Chinese husband] actually has the opposite view. “Children don’t choose their parents,” he once said to me. “They don’t even choose to be born. It’s parents who foist life on their kids, so it’s the parents’ responsibility to provide for them. Kids don’t owe their parents anything. Their duty will be to their own kids.” This strikes me as a terrible deal for the Western parent. (p. 52)

Her words and the controversy that followed the publication of her book give a clue that there is something more fundamental at stake than parental preferences and mere cultural description.

The Westerner could quickly be offended by the way she, at the end, almost seems to revel in the leveraged position Chinese parents hold over their kids. Some would no doubt label this view of parenting as “abusive.”

By contrast, Chinese people see the parent-child relationship as so fundamental that such a “debt” framework is self-evident. The Chinese Christian might counter argue that we would never use the Western line of reasoning (used by Jed above) when speaking of God the Father. It would almost seem to echo Cain’s complaining retort, “Am I my brother’s keeper?” Humans should honor and obey our Heavenly Father precisely because God is the Creator who gives life and loving provides all we need.

Obviously, there are two different worldviews at work here. How does one begin to sort out the issues? How does one preach the gospel to a “Tiger Mom”? 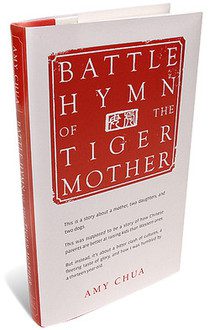 From the perspective of tradition Protestant Christianity, the prescription seems rather obvious. That voice would no doubt explain, “This woman is a legalist who needs to hear that we are not saved by works. We are justified through faith!” However, that answer is only obvious at face level.

In reality, the situation is a bit more complex. Let’s note a few observations. Today, I’ll mention one. The next post will give two more.

(1) First of all, the woman says nothing here about God at all.

The entirety of Chinese more thinking is situated between humans without any reference to God. The mentality she expresses is not exactly that of Luther. Chinese presidents like Mao ZeDong, Deng XiaoPing, or today’s Xi JinPing have not awakened each day with Luther’s “introspective conscience” about their eternal salvation before a holy God. For one thing, they’re atheists!

The Chinese way of thinking about morality is thoroughly humanistic. One should begin to hear echoes of postmodern culture (which is the term often used to describe contemporary Western culture). I hope that Western readers will become alert to the immediate relevance of Chinese culture to today’s Western culture. Postmodern culture in some respect is a step toward traditional eastern cultures, particularly in its emphasis on community and relative truth. The world has comes to America. With it, a whole new set of priorities and perspectives will continue to emerge, including a concern for face and increased tribalism. Naturally, this will mean considering how to meet new psychological needs.

By the way, in case you are curious about the picture at the top––all those people are family members. They are all trying to care for one single kid who decided to express his discontent for life.

***Remember, I’m in the middle of a book giveaway. Check out the previous post to win some free books, including my newest book, Saving God’s Face. 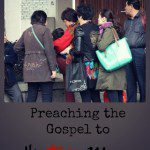 May 29, 2013 Preaching the Gospel to the Tiger Mom (Part 2)
Recent Comments
0 | Leave a Comment
Browse Our Archives
get the latest from
Jackson Wu
Sign up for our newsletter
POPULAR AT PATHEOS Evangelical
1