Does Christ Satisfy God’s Honor or His Justice?

Of making many atonement theories, there is no end.

It can be a real headache trying to sort out all the different theories in history. Unfortunately, people can feel a pressure to pick one biblical metaphor over another when describing the atonement. The consequence can easily be that we start pitting one text against another such that we unwittingly ignore (or under emphasize) key teachings in Scripture.

I would agree with Scot McKnight’s basic contention that we need to do a better job bringing together the different atonement metaphors. In my book Saving God’s Face, I attempt to do that.

Does Christ Satisfy God’s Honor or His Justice?

Historically, Anselm proposed the Satisfaction Theory of Atonement (in Cur Deus Homo, “‘Why the God Man’”). Although Anselm’s interpretation and my own view certainly share some common ground, they are different. In short, we have a common starting place––God demands glory,  our sin is the withholding of honor properly due God, thus God requires that his name be vindicated from the shame brought upon him by his image bearers. Truthfully, I don’t think many Christians would fight too hard against any of these premises.

In Saving God’s Face, I make an exegetical and theological argument. My view is not based on Anselm’s theory.

One of my PhD professors reviewed a seminar paper I wrote in which I first teased our these ideas. He wisely told me to drop my attention from Anselm because if my argument is biblical, then, “Who cares what Anselm says.”

He’s right. Positively, nothing I propose hangs on Anselm’s theory; negative, I do recognize that some people may not be able to make the distinction. Christian blogs and books are full of people assuming an author really means something contrary to what he has actually said.

Why is Atonement Necessary?

There are definite similarities between theory of penal substitution and Anselm’s theory. Fundamentally, humanity’s essential problem is objective––we have offended God.

Theopedia’s entry on Anselm’s view is rather representative of the way people talk about Anselm theory in relation to Penal Substitution.

Anslem believed that humans could not render to God more than what was due to him. The satisfaction due to God was greater than what all created beings are capable of doing, since they can only do what is already required of them. Therefore, God had to make satisfaction for himself. Yet if this satisfaction was going to avail for humans, it had to be made by a human. Therefore only a being that was both God and man could satisfy God and give him the honor that is due him.

The classic Anselmian formulation of the Satisfaction View needs to be distinguished from Penal Substitution. Penal Substitution states that Christ bore the penalty for sin, in place of those sinners united to him by faith. Anselm, by contrast, regarded human sin as defrauding God of the honour he is due. Christ’s death, the ultimate act of obedience, gives God great honour. As it was beyond the call of duty for Christ, it is more honour than he was obliged to give. Christ’s surplus can therefore repay our deficit. Hence Christ’s death is substitutionary in this sense: he pays the honour instead of us. But that substitution is not penal; his death pays our honour not our penalty.

The Protestant reformers shifted the focus of this satisfaction theory to concentrate not merely on divine offense but on divine justice. God’s righteousness demands punishment for human sin. God in his grace both exacts punishment and supplies the one to bear it.

Without fully unpacking Anselm’s entire argument, I would say that his basic idea is generally right but goes wrong when it comes to the details of how it works out. Perhaps, this is why I find that contemporary evangelicals are quick to distance themselves from Anselm. The unfortunately result is that we therefore tend to overlook the essence of what Anselm gets right.

The Reformers introduced another view of the atonement, generally called the penal substitutionary theory . In some ways, it was similar to Anselm’s satisfaction theory, but with this major difference: Instead of grounding the atonement in the honor of God—that of which God had been robbed by the sin of humanity—the Reformers grounded it in the justice of God. Because he is holy, God hates sin with wrathful anger and acts against it by condemning and punishing sin. Thus, an eternal penalty must be paid for sin.” (in The Southern Baptist Journal of Theology, 11:2, Summer 2007, p. 10–11).

Others have made similar comments, as you’ll see in the next post. Although the quote has some truth, I think it is has some problems that need to be reckoned with. But I’ll wait to say more until then. 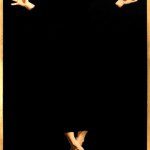 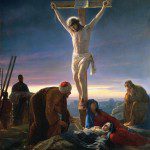 June 13, 2013 If Christ Did Not Die, God Would Not Be Righteous
Recent Comments
0 | Leave a Comment
Browse Our Archives
get the latest from
Jackson Wu
Sign up for our newsletter
POPULAR AT PATHEOS Evangelical
1

Evangelical
What is “Purity” Actually About?
Jackson Wu